Bebe Rexha announced that she would be making three new pieces of merchandise available on her website on Sunday morning.

The Grammy-nominated songwriter made the news public through her Instagram account, where she posted three snaps of her modeling the clothing items.

All of the clothing items feature graphics bearing the name of her newest single, Sacrifice, which has been released ahead of the debut of her second studio album.

Great merchandise: On Sunday, Bebe Rexha posted a trio of snaps to her Instagram account to announce the release of new clothing items, which were made available through her official website

In the first snap, Rexha was seen sitting on top of a half-pipe while wearing a black hoodie and a matching pair of sweat pants.

Both articles of clothing featured bright green lettering that provided an element of stark contrast from their dominant color.

She also wore a pair of bright green high-top sneakers for the shots; her beautiful blonde hair cascaded onto her shoulders and added a bit of brightness to her clothing ensemble.

The 31-year-old’s second shot showed her posing with her backside to the camera; a graphic showing Sacrifice’s cover art could be seen on the back portion of her hoodie. 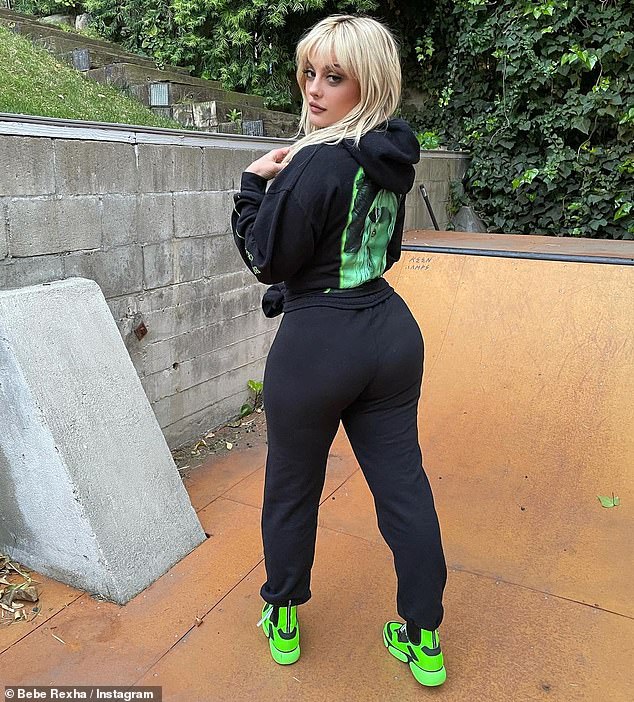 Color coordination: The performer wore her new hoodie and pair of sweatpants, both of which followed a black-and-green color scheme 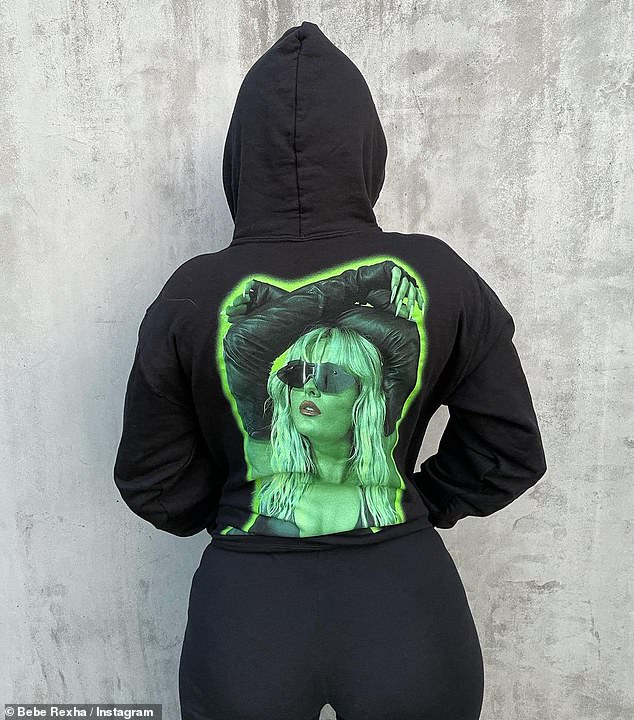 Recent release: The hitmaker’s sweater featured a graphic that was released with her single Sacrifice, which made its debut earlier this month

Rexha’s third and final shot gave her 10.5 million followers a closer look at the hoodie’s back graphic; she kept her gorgeous hair obscured for her last shot.

The performer also released a face mask with the same color scheme and design on her website, along with the two other clothing items.

Sacrifice was released earlier this month and received generally positive reviews upon its initial debut.

It is not known if the single will be featured on the singer’s upcoming second studio album, which she first announced was in development in the summer of 2019. 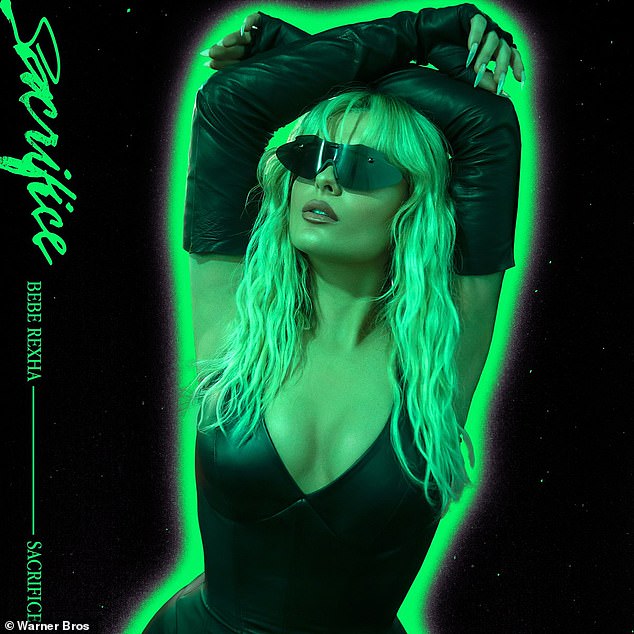 May or may not be: It is unknown if Sacrifice will be included on Rexha’s upcoming second studio album, which is set to make its debut in the near future

Her debut album, entitled Expectations, was released in 2018 and received positive critical attention.

During an interview with People, Rexha spoke about the themes of her upcoming studio effort and how she aimed to incorporate her personal struggles into her music.

She noted, ‘The whole album is based off of actual insecurity. My mental health, self-love, me sabotaging everything in my life, am I good enough for this relationship?’

‘It was really just taking the real-life stuff that I’m going through, which is really important for me to write about; I just love writing about real stuff,’ the singer added. 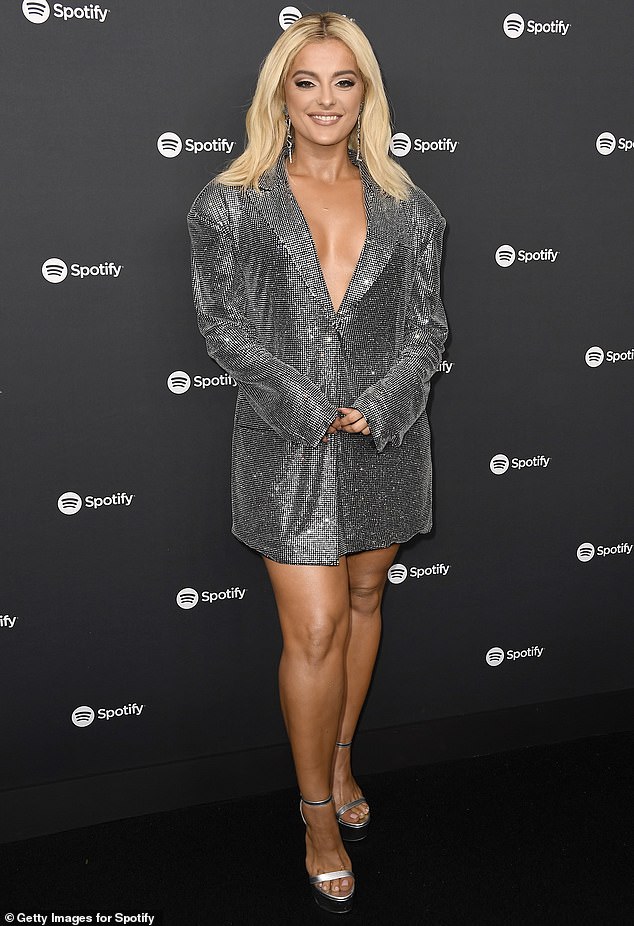 Real-life examples: During an interview with People, the songwriter noted that much of her upcoming album was inspired by her ‘actual insecurity’; she is pictured in January of 2020

Rexha also expressed that she and her producers attempted to create an assortment of songs that complemented each other as opposed to simply being a collection of random tracks.

She described her upcoming album as ‘a body of work. And we worked really hard sonically to make sure that everything leads into one another, and it sounds like a body of work instead of just having a playlist.’

The singer then remarked that her listeners would not be waiting for her studio efforts for much longer and that she appreciated their support during the songwriting process.

‘I think it’s not far off…There’s a lot more coming. I really love [my fans] for their patience,’ she said. 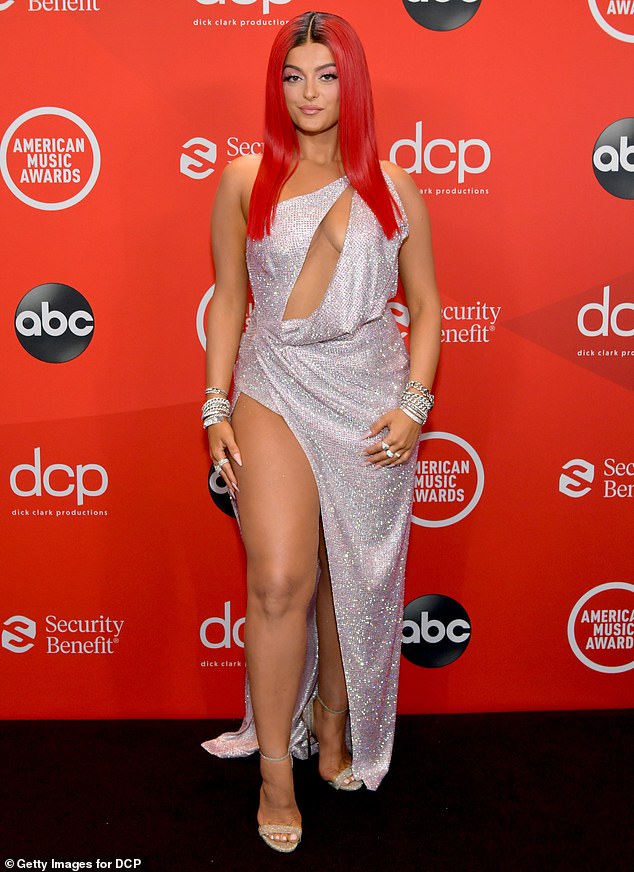 Keeping it consistent: Rexha also noted that the production team worked hard to ‘make sure that everything leads into one another’; she is seen at the 2020 American Music Awards