Becky G and Sebastian Lletget are engaged! The soccer player gets down on one knee to pop the question to the singer during sunset by the beach

Becky G and boyfriend Sebastian Lletget are taking the next step in their relationship.

Sebastian, 30, got down on one knee and popped the question to the 25-year-old Grammy nominee, who said ‘yes’ to his marriage proposal.

The FC Dallas soccer player choose sunset at the beach to ask Becky to marry him, presenting her with a gorgeous multi-carat diamond with a simple gold band for an engagement ring.

Magic moment: Sebastian Lletget, 30, and Becky G, 25, share a magic moment by the beach as he got down on one knee to ask his longtime girlfriend to marry him

In announcing the betrothal on social media, the couple shared three photos of their special moment with the Shower singer writing, ‘ Our spot forever.’

Becky chose to step out in a pair of high waist black leather pants, a red top and a cropped leather jacket for the moment of truth. Her long dark hair was styled straight and she wore natural looking makeup.

Sebastian looked handsome in a black leather jacket, jeans and a white t-shirt. 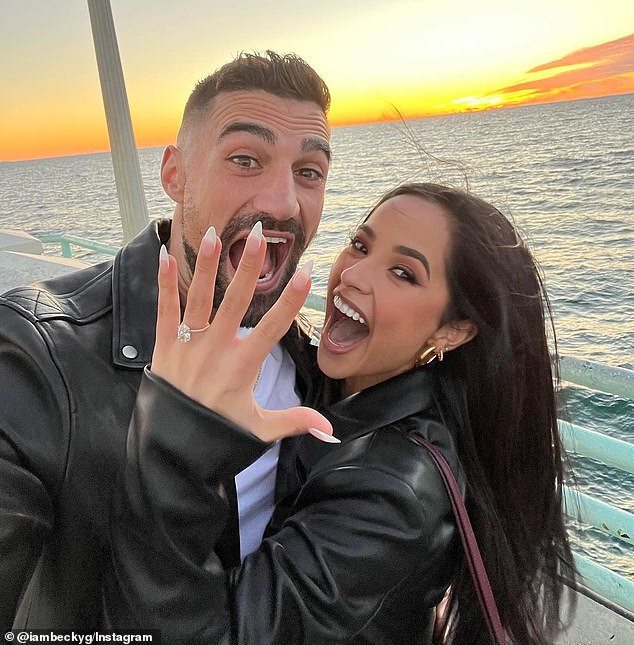 The ring: The FC Dallas soccer player presented Becky  with a gorgeous multi-carat diamond with a simple gold band for an engagement ring 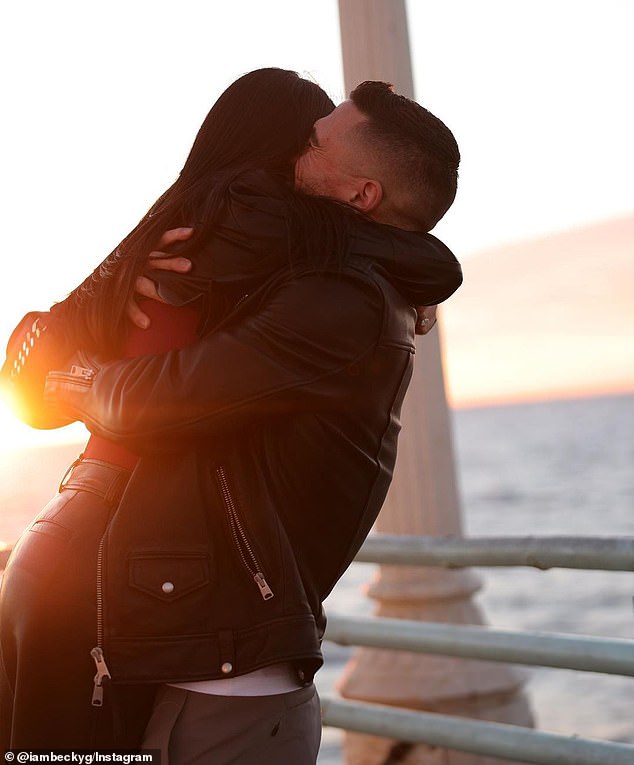 Forever place: Sharing a series of three photos on social media Becky called the location where they got engaged ‘Our spot forever’

The couple have been dating for about six years.

The congratulations began pouring in almost immediately from friends all over the world.

Actor and singer Carlos Rivera commented, ‘Congratulations Becky!! Many blessings to you both!! ❤️❤️❤️’ 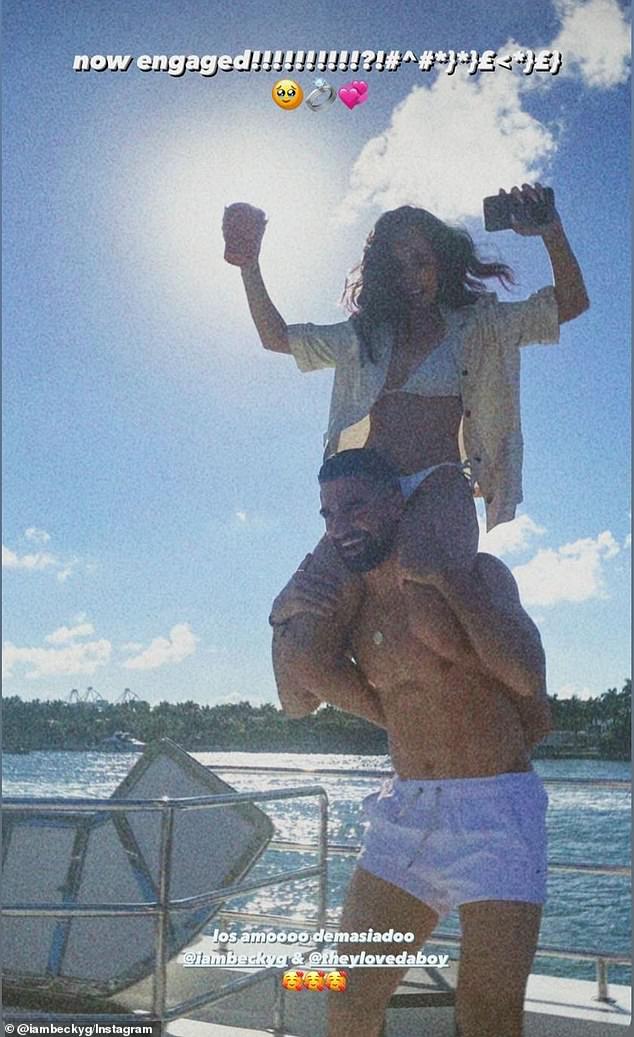 Celebration: The Shower singer shared a photo of her in a white bikini sitting atop her new fiancé’s shoulders celebrating their happiness, writing ‘Now engaged!!!!’

Aladdin star Naomi Scott followed with a fond, ‘ My people,’ and TikTok star Estefania Vanegas Pessoa, better known as HelloTefi added her own spin – ‘Congratulations amiga the whole world is happy for u and the future Mr. G ♥️ .’

TheBaila Así singer shared a celebratory snap of her sitting on her new fiancé’s shoulders wearing a white bikini with the groom-to-be in a white swimsuit as they marked the occasion on a boat, writing, ‘now engaged!’

Becky, who began her career by uploading songs online in 2011, received even more good news.  Her single MAMIII featuring Karol G has been declared the Top Latin Single of 2020 by RIAA and her album, Esquemas album is also in the top spot for Latin Albums. 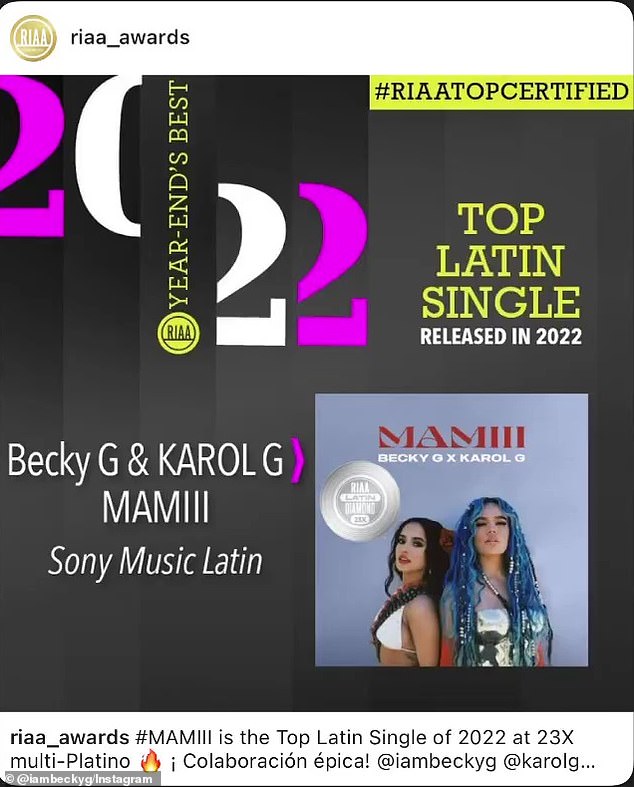 More good news: Becky received even more good news. Her single MAMIII featuring Karol G has been declared the Top Latin Single of 2020 by RIAA and her album, Esquemas album is also in the top spot for Latin Albums