A teenager who suffered years of torment from bullies for having severe overbite says she is ‘loving life’ after corrective surgery.

Jodie Bowers, of Bedale, North Yorkshire, was 13 when medics realised her bottom jaw was 11mm further back than her top one.

She was promised an operation but had to wait six years until she stopped growing before she was given the green light.

During the agonising wait, she was bombarded with abusive messages and even attacked on a night out.

She was forced to call the police on three occasions and had to start taking antidepressants because the bullies were making her life hell.

But now after going under the knife, Jodie, 19, says surgery has transformed her confidence. 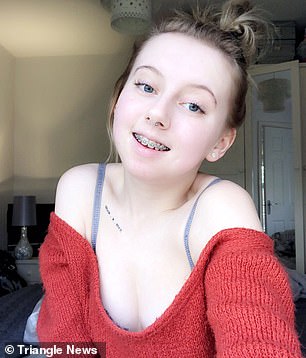 Jodie Bowers, of Bedale, North Yorkshire, was 13 when medics realised her bottom jaw was 11mm further back than her top one. She had to endure a six-year wait before she was ready for surgery. The 19-year-old is pictured before left and after right 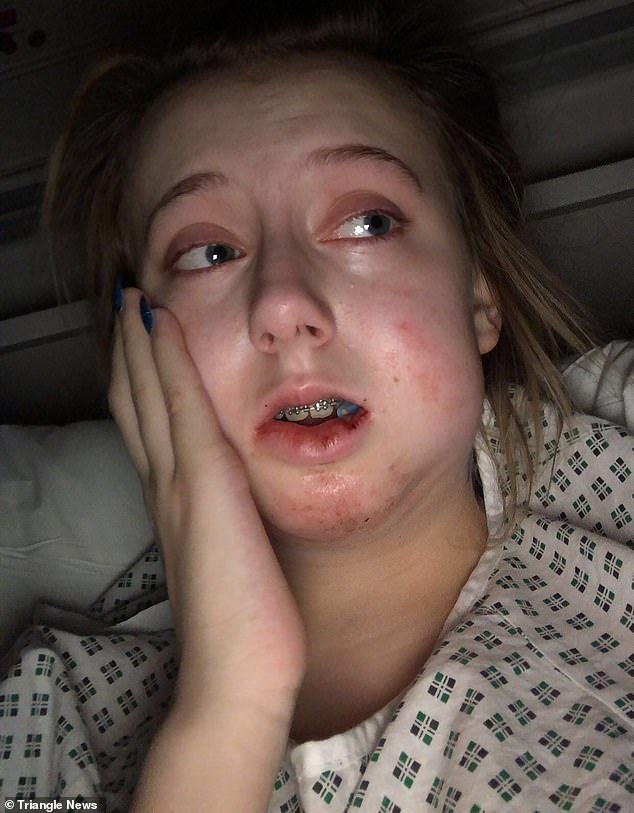 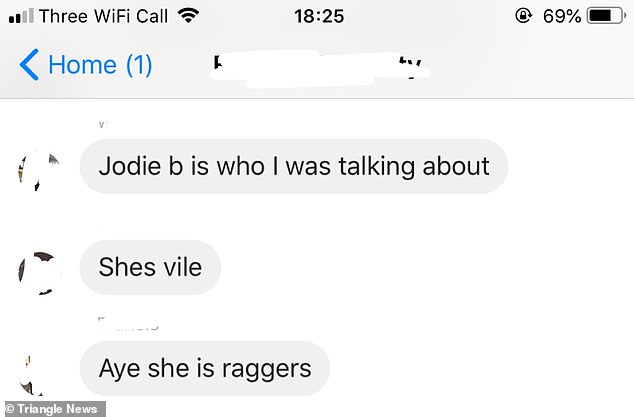 During the agonising wait, she was bombarded with abusive messages and even attacked on a night out 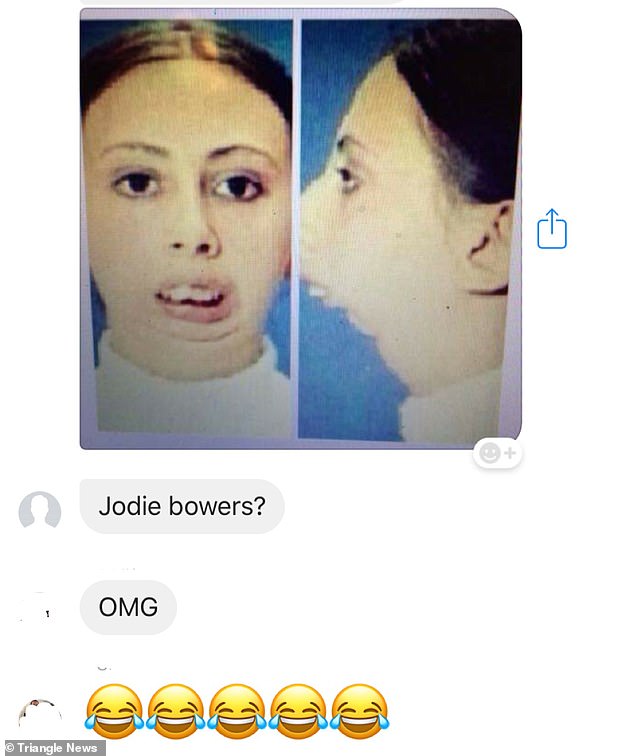 She said: ‘I was counting the days down until my operation. I feel absolutely incredible now. I am just loving life.

‘Life is so much better, I’m going out more and I’m happy to speak for myself.

‘The main thing is that I’ll take photos of my side before which I never would have done before. Now I just can’t wait to get out there and live my life.’

Recently surgeons at James Cook Hospital in Middlesbrough, split her jaw apart before moving each piece into a new position.

Although initially she couldn’t see the results due to swelling and bruising, when Jodie first saw her reflection she burst into tears of joy.

The 19-year is revelling in her new smile and can’t wait to eat her Christmas dinner without cutting it into tiny pieces – like she used to. 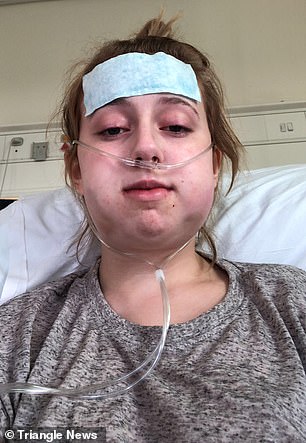 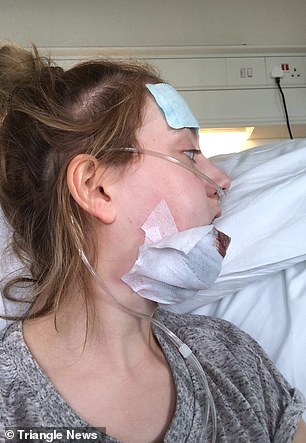 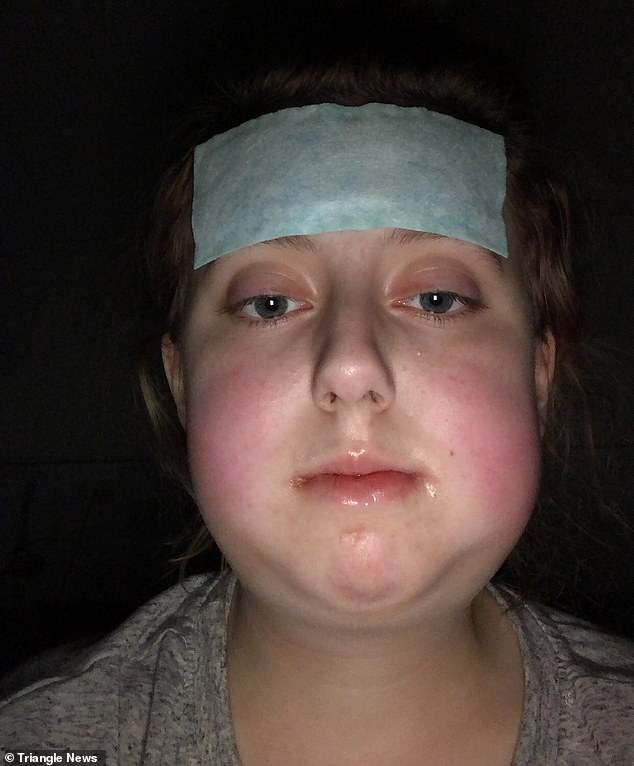 Although initially she couldn’t see the results due to swelling and bruising, when Jodie first saw her reflection she burst into tears of joy

She said: ‘I was about 13 years old when my dentist noticed something was wrong.

‘They referred me to the hospital where I had loads of X-rays and they came to the conclusion that surgery was the best option.

‘I never thought I was pretty and it didn’t matter what anyone said, I just felt awful.’

Jodie, of Bedale, North Yorkshire, spent her teenage years suffering from low confidence and banned her friends from taking photos of her sideways, as it showed off her profile.

She said: ‘My mouth was really crowded so I had six teeth taken out and it caused me to snore.

‘I’ve always had to eat everything with a knife and fork, even pizza, as I needed to chop it up really small.

‘But a lot of it was about the mental suffering. It caused me to have really bad social anxiety.

‘I used to have a lot of panic attacks and I hated having to be the centre of attention.’ 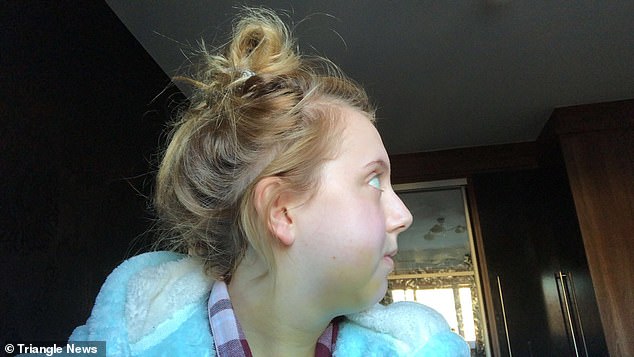 Recovery: Jodie Bowers is pictured with large bruises on her face as a result of the surgery

She admits that it stopped her from putting herself out there and that she dreaded having to speak in public.

She said: ‘I was very lucky that I went to a small school and everyone supported me.

‘I think I was very lucky to have that as other people definitely weren’t as understanding.

She said: ‘Life is so much better, I’m going out more and I’m happy to speak for myself.’

‘When I was about 16 years old, I was added to a group chat on Facebook and it was just full of lads making fun of me.

‘They were swapping photos of me and making fun of how I look. And one of them added me in so I could see it.

‘I got the police involved and they then had to apologise to me but I’ve had them blocked since.

‘When stuff like that happened, I would sit there and think how could anyone do something like that to someone else?

‘Another time I went on a night out in Darlington and a girl swung at me.

‘We were in the toilets and she made a mean comment about my jaw so I burst into tears.

‘Then she started getting really angry and tried to hit me so I had to get the bouncers to escort her out as she was going crazy about it.

‘And on a day to day basis, you’d notice people staring or I’d pick up on comments being made.

‘Looking back now, I didn’t really cope with it. Something like that would make me go home and cry.

‘I got put on medication and it consumed my life. The first thing everyone saw of me was my chin.

‘My mum and dad were so supportive and didn’t hesitate to get the police involved.’

Sam Cheatle, head of wellbeing services at Changing Faces, a charity that campaigns for people with facial disfigurements, said negative remarks were common.

She said: ‘Having a visible difference in a society where there is such pressure to look a certain way can be extremely difficult.

‘Changing Faces provides counselling, support networks and skin camouflage services for anyone with a condition which affects the appearance of their face or body.

‘The people we support often tell us about their experiences of isolation, anxiety and negative attitudes from others, such as staring and hurtful comments.’