Bee Shaffer has revealed that she and her husband Francesco Carrozzini have adopted a fluffy white puppy, less than a week after they celebrated their first wedding anniversary.

The 31-year-old daughter of Vogue editor-in-chief Anna Wintour took to Instagram on Friday afternoon to post a photo of their newest addition, writing: ‘There’s a new stuffed animal in the family…’

In the snapshot, the adorable dog is lying on the floor with its paw resting between two of Bee’s sandals that were left on the ground.

Surprise! Bee Shaffer, 30, revealed on Instagram Friday that she and her husband Francesco Carrozzini have adopted a puppy, writing: ‘There’s a new stuffed animal in the family…’ 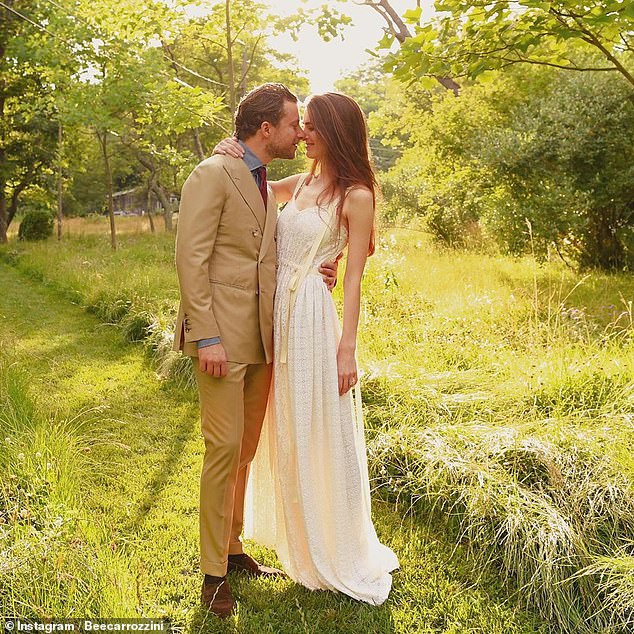 Look of love: The announcement came just five days after she paid tribute to Francesco, 36, on Instagram in honor of their first wedding anniversary

The new pup, whose name remains unknown, has been welcomed into their home a little over a year after Bee revealed on Instagram that she had lost her dog Scout.

While mourning the loss in June 2018, she shared a snapshot of her beloved pet, writing: ‘Miss you already Scout.’

The dog passed away just a month before she wed Francesco, 36, at her mother’s sprawling home in Mastic, Long Island, on July 7.

Five days ago, Bee paid tribute to Francesco, 36, on Instagram in honor of their first anniversary as husband and wife. 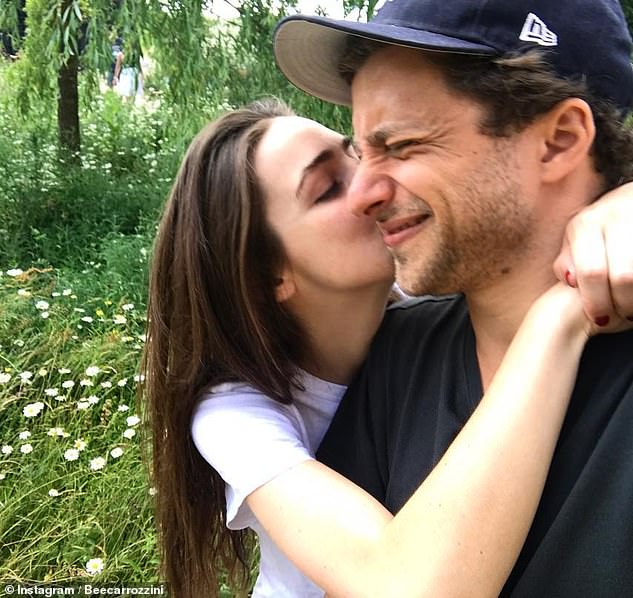 Aww: In her touching post, she thanked her husband for the ‘happiest year’ of her life. ‘I love you more than you’ll ever know,’ she wrote 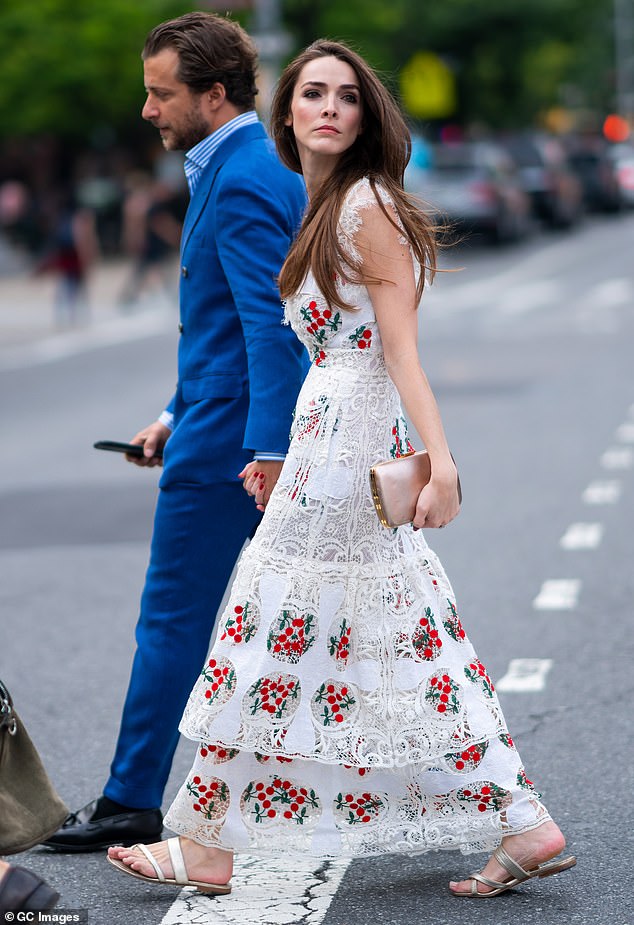 Out and about: The couple was seen in New York City’s Soho neighborhood last month

‘Happy anniversary @francescocarrozzini! Thank you for the happiest year of my life, I love you more than you’ll ever know,’ Bee captioned an image of herself nuzzling noses with her husband.

The two are as close as can be in the romantic photo, which shows the Italian director pulling his wife close while they pose in a grassy field surrounded by trees.

Francesco, who is the son of the late Italian Vogue editor Franca Sozzani, looks dapper in a tan suit with a double-breasted blazer, which he wore over a chambray shirt and maroon tie.

Bee, meanwhile, is the picture of elegance in an ethereal white lace dress by the Spanish luxury brand Loewe. 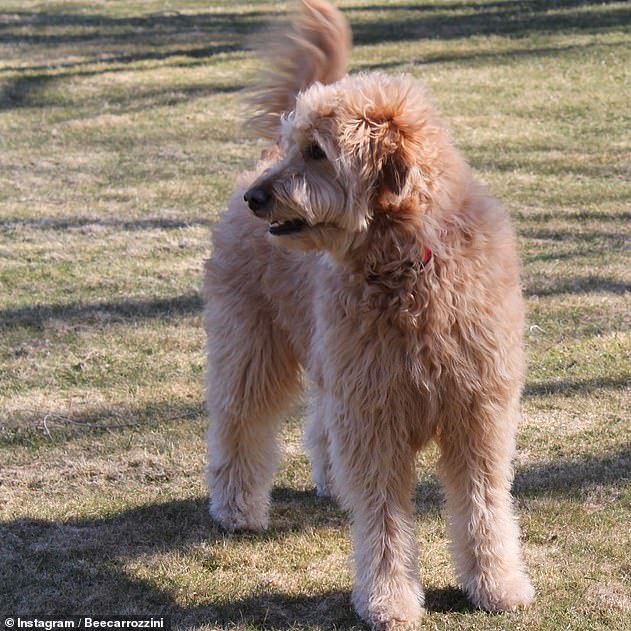 Loss: Bee lost her dog Scout (pictured) in June 2018, a month before she married Francesco 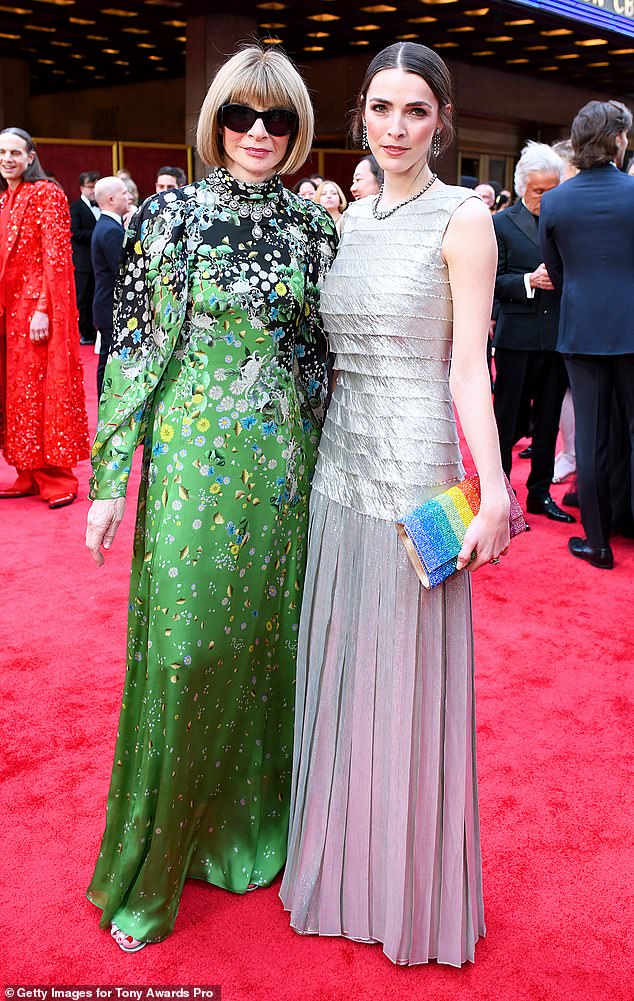 Family: Bee is the daughter of Vogue editor-in-chief Anna Wintour. She attended the Tony Awards with her mom last month

Although July 7 is their official wedding anniversary, the two also tied the knot in Portofino, Italy, during a romantic second ceremony in Francesco’s home country.

Bee and Francesco have actually known each other since they were children, through the close friendship of their mothers.

Anna and Franca were best friends for 30 years after they took the helm of their respective publications in 1988.

Following Franca’s death from lung cancer in 2016, Anna, 69, was among the guests from the fashion world who turned out to pay their respects to the Vogue Italia editor. 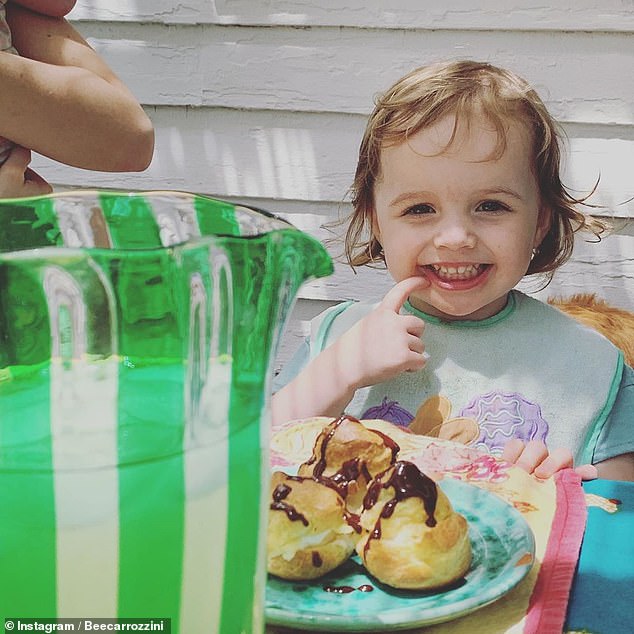 Too cute: Bee shared a photo of her niece Caroline last month. Caroline is her brother Charles Shaffer and his wife Lizzy’s eldest daughter and Anna’s first grandchild 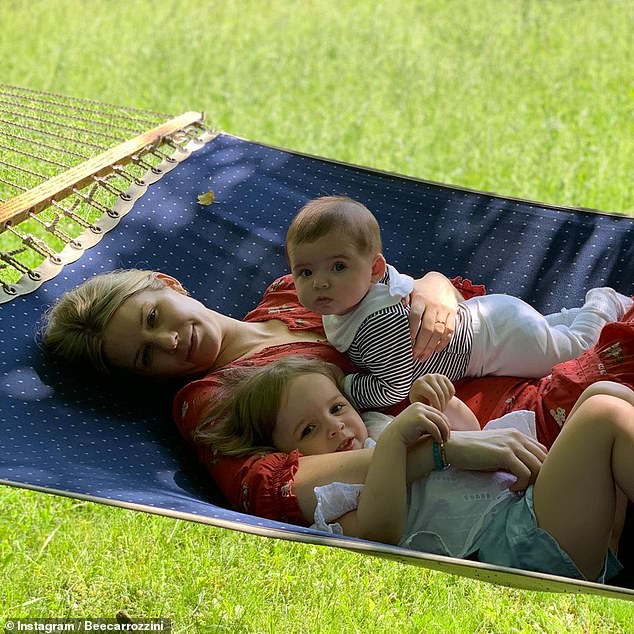 Family of four: Lizzy (pictured) and her husband also have a daughter Ella, whom they welcomed in February

The proud mom described how she and her friend had spoken of the ‘miraculous’ love affair between their children.

Bee and Francesco were only first rumored to be dating in October 2016, when they attended the screening of his documentary about his mother together.

The announced their engagement in March 2017.

Bee, who works in Broadway theater production after having left her job on Late Night with Seth Meyers in 2017, is strategic when it comes to her social media posts and only shares about one or two snapshots a month. 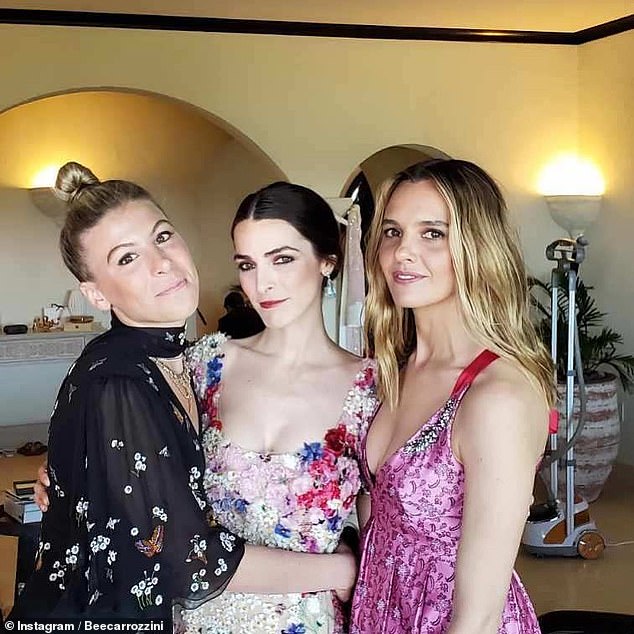 Celebration: Bee (pictured with Molly Howard and Tracy Dubb) got to serve as matron of honor at her friend Selby Drummond’s wedding last month 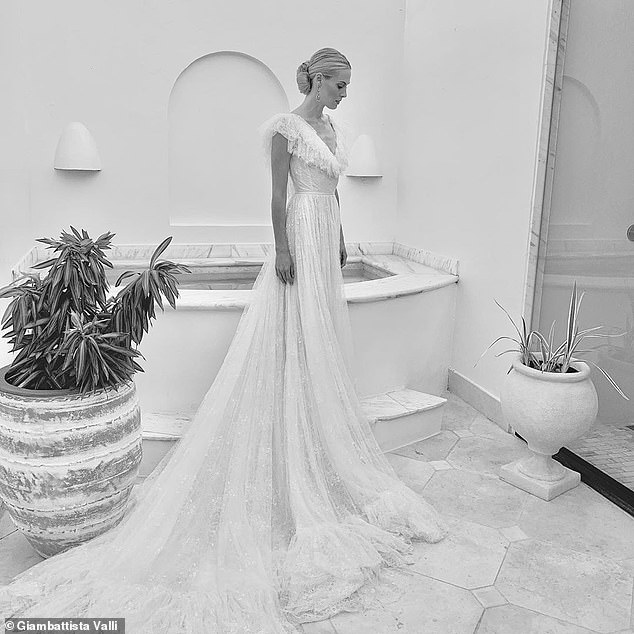 Best friends: Bee seemed to be returning the favor, as Selby (pictured on her wedding day) was her maid of honor at her wedding to Francesco last year

In June, she posted a photo of her brother Charles Shaffer’s two-year-old daughter Caroline wearing a bib and smiling in front of a plate of chocolate covered pastries.

‘One hungry brunette,’ she captioned the adorable image, tagging her sister-in-law Lizzy Shaffer.

Charles and his wife welcomed a second daughter, Ella, Sunday, February 3, making Anna a grandmother for the second time.

It’s been an exciting year for Bee, who also got to serve as matron of honor at her friend Selby Drummond’s wedding last month.

Bee seemed to be returning the favor, as Selby, the head of fashion and beauty at Snapchat, was her maid of honor at her wedding to Francesco.