A common excuse for a regretful encounter is that you were wearing your beer goggles, however scientists have now proved that they really do exist.

Scientists looked into the unstudied area by reviewing 16 previous studies which suggested that we do find people more attractive after a drink.

The review took into consideration 1,000 people who had previously been asked to rate levels of attractiveness before and after drinking alcohol.

Motivations for drinking can differ however researchers at the University of Pittsburgh believe that there may be a link between drinking and wanting to be surrounded by attractive people.

The study, which was published in the journal Addiction, said: ‘Arguably, the most critical challenge facing alcohol researchers is to figure out why individuals drink’, reports the Times.

‘Because social interactions are improved when people are perceived as attractive, it stands to reason that alcohol’s ostensible effects on perceptions of physical attractiveness may lead individuals to derive more reward from social interactions while intoxicated, which may in turn reinforce alcohol use.’ 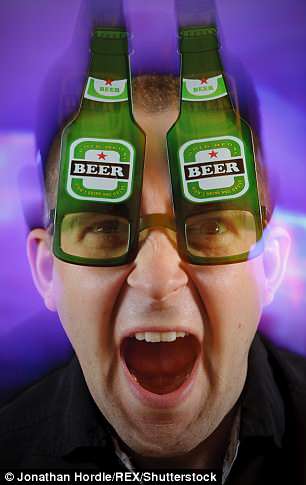 Therefore drinking is likely to make you think the people around you are more attractive therefore you’re likely to keep doing it.

The study argues that it is surprising that researchers who study alcohol may have missed that an aspect of social functioning is perception of how attractive someone is.

Researchers looked into previous studies on alcohol and reviewed the ones where people had to rate levels of attractiveness before and after drinking alcohol.

Their research proved that although difference was modest it still showed that alcohol had a significant effect.

Due to the artificial set up of the experiment where individuals were told to rate others in a laboratory experts believe that it would be heightened in a real-life setting.

Researchers argue that understanding and mitigating this effect may be crucial in combating behaviour such as risky sexual activity.