Beeston man is ordered to tear down fake speed camera

Grandfather, 72, is ordered to tear down FAKE speed camera he built for £40 outside his house – because it ‘could distract drivers’

A grandfather has been told to pull down his fake speed camera in case it causes crashes but he says: ‘They can forget it. They are going to have to prosecute me’.

Mike Lacey, 72, also has his own handheld speed gun and has clocked cars going 90mph in the 50mph zone outside his house in Beeston, Bedfordshire.

He spent £40 erecting the speed camera made from wood and pipes after a real one was removed on the A1, which runs past his house.

But Bedfordshire County Council say it has to go because he has no planning permission and Highways England believe it is a distraction.

Mike Lacey, 72, has been told to pull down his fake speed camera outside his home on the A1 in Bedfordshire (pictured today) – but he is refusing 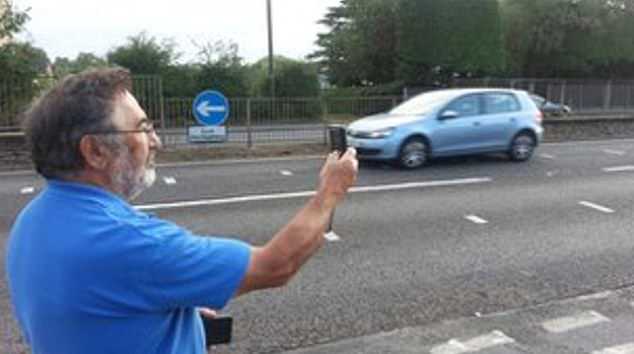 Mr Lacey says he will not remove his fake speed camera until the authorities make the A1 safer.

He told The Sun: ‘I will take it down as soon as I get some form of speed control reinstated on the A1.

‘Until that time they can forget it. They are going to have to prosecute me’.

The grandfather regularly stands outside using a speedgun he bought online in the US designed to measure the speed of baseballs.

He says that nine out of ten drivers he clocks are going over 50mph.

He said previously: ‘The speeds I have been recording are quite alarming.

‘There are certain times of the day when it’s prevalent – the worst is between 5pm and 7pm on the northbound carriageway’. 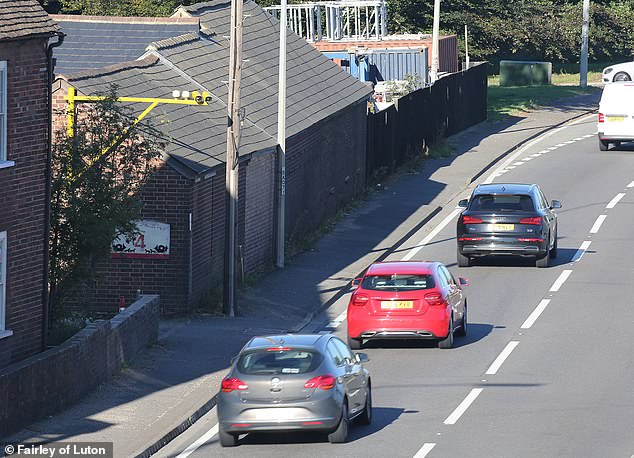 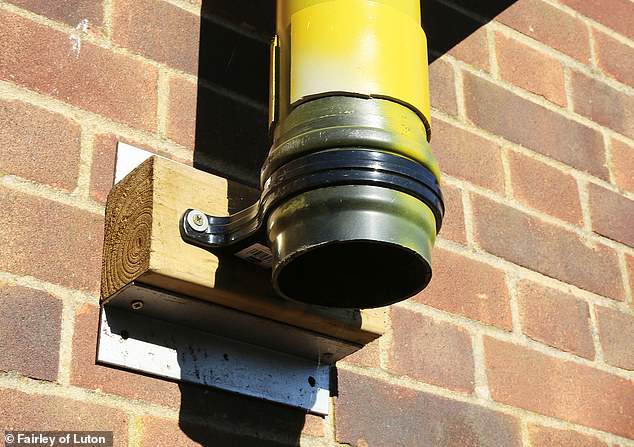 Some are going up to 90mph because they don’t fear getting caught, he says.

Mr Lacey said: ‘The obvious answer is a speed limit reduction or average speed cameras through the whole section’.

But the authorities say they are doing lots of work in the area.

A Highways England spokesman said: ‘We cannot support the use of dummy cameras like this and have raised it with the council’.

While police said: ‘Officers from the Roads Policing Unit also patrol the area regularly and take action against motorists who do not observe the speed restrictions’.