Before they were famous, many of today’s biggest names appeared in our pages

‘She talked a lot about the dogs’

The Duchess of Sussex first appeared in YOU when she was 33. Victoria Woodhall, then deputy features editor, recalls: ‘When I said yes to an interview with a little-known US actress for YOU’s weekly feature introducing up-and-coming talent, I knew I’d have some explaining to do. Who on earth was Meghan Markle, and why would readers care?’

The Duchess of Sussex first appeared in YOU when she was 33. She was interviewed by Victoria Woodhall, then deputy features editor

Unless you were a fan of the US legal drama Suits, which at the time was shown only on Dave in the UK, it’s unlikely Meghan would have been on your radar. In the US, though, it was a different story – the show had six million viewers, and Meghan had been in it since 2011.

Victoria was taken aback outside the restaurant where they met. ‘I heard all these flashbulbs go: they were for her. There was definitely a buzz about her.’

According to Victoria, the future Duchess was ‘very polite, very sweet, very beautiful’. They talked about her role model Madeleine Albright, the celebrity interviews (such as Serena Williams) on her blog The Tig, and her rescue dogs: ‘She talked a lot about the dogs.’

When she appeared on the arm of Prince Harry a year later, Victoria thought, ‘Oh my God!’ 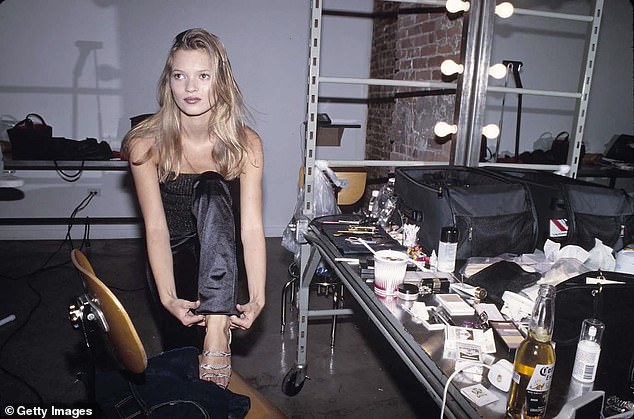 Even though 20-year-old Kate was very late for the YOU photo shoot in New York, she was ‘very professional’ remembers Shelly Vella, YOU’s fashion director

Even though 20-year-old Kate was very late for the YOU photo shoot in New York, she was ‘very professional’ remembers Shelly Vella, YOU’s fashion director, who was freelancing for the magazine back then.

‘In the flesh she isn’t the Kate you see in the photos – she’s very unassuming,’ Shelly says of the session, seen above, littered with Corona beer bottles and Marlboro Lights.

At the time, Kate was dating Johnny Depp. Disappointingly for the team, her Hollywood beau did not accompany her to the shoot – although he did ring her several times, the calls being fielded by Kate’s manager. 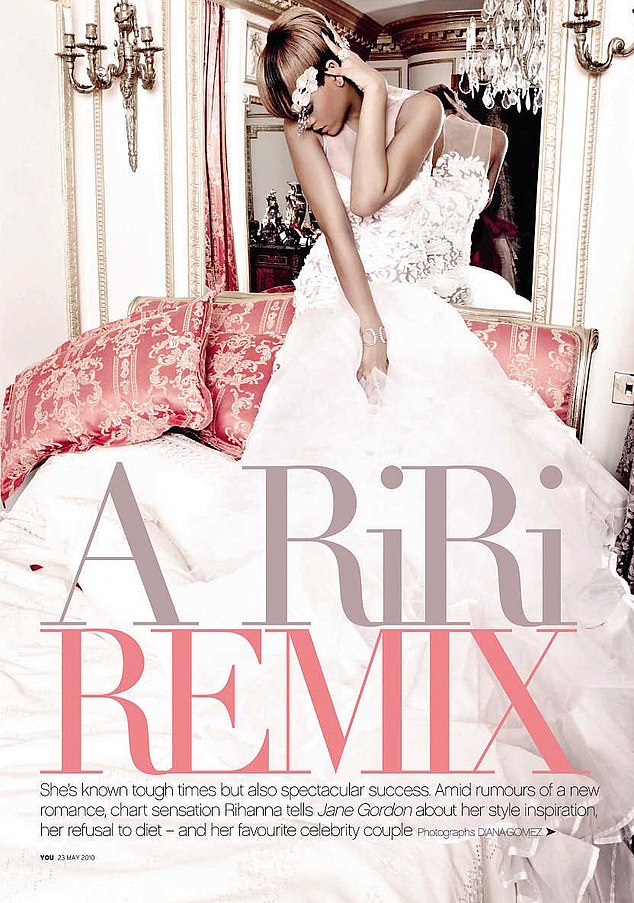 Then picture editor Eve George photographed Rihanna several times but the occasion that sticks in her mind is when her crew wanted ‘at least 20 boiled eggs’ for the 22-year-old star.

Although Eve obliged, Rihanna ‘turned up fantastically late – having stopped off at some fast-food place on the motorway’.

And the boiled eggs? They went uneaten. 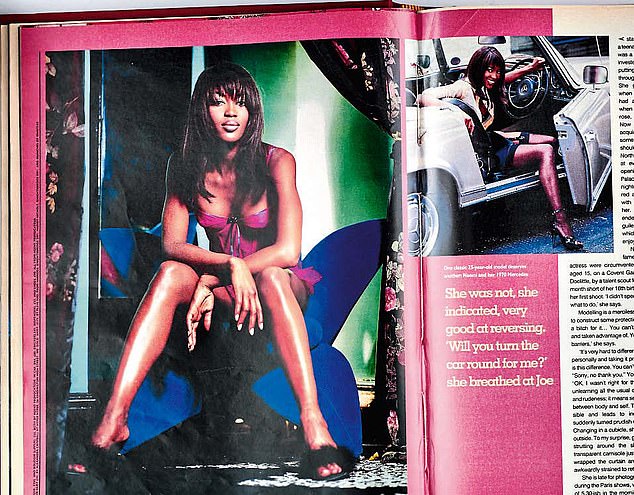 At 23-years-old Naomi Campbells first appeared on the cover of YOU in 1993. Two years later, Shelly Vella had an interesting experience with the model

Naomi, then 23, first appeared on a YOU cover in October 1993 – a shoot Eve George, the then picture editor, says was ‘completely delightful – we had a lovely time’.

Two years later, Shelly Vella – then working as a stylist for YOU – had a different experience. Having booked the model a suite in Claridge’s, Naomi was several hours late to the shoot with underwear brand Agent Provocateur.

‘When Naomi finally came down she asked me what my star sign was,’ says Shelly. ‘I told her Gemini and she instantly warmed to me – obviously that was how she gauged people.’

A little later, Shelly recalls, ‘There was a small changing cubicle and she called me over – “Shelly, come here!” – whereupon she handed me a Bic razor. I’ll leave the rest of that story to your imagination.’

‘Her fans rescued our photo shoot’ 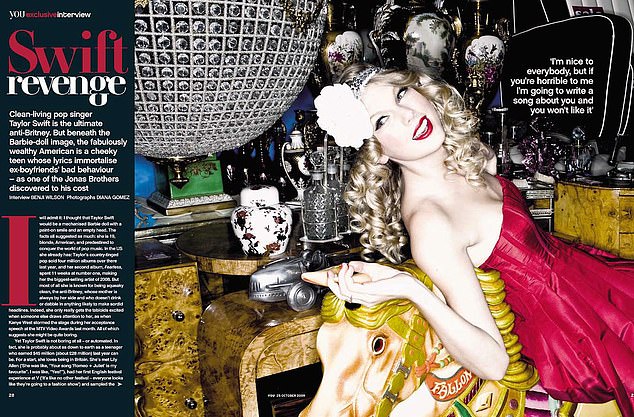 Taylor Swift was 19 when she appeared in the pages of YOU magazine. She called in the help of her London fans to distract the paparazzi

Our London location shoot with Taylor, 19, was spotted both by her fans and the paparazzi. Picture editor Eve George thought, ‘That scuppers it.’ Then she had an idea: ‘I said to the fans, “Every time the paps take pictures, jump up, be in their way, and I’ll get you a picture with Taylor.” And they did it!’

Britney’s mother Lynne, who accompanied the 19-year-old on our photo shoot, possibly foretold the star’s breakdown six years later (when she shaved her head): ‘I’m so tired of putting rinses in her hair,’ said Lynne. ‘Some mothers worry about their kids doing drugs. I worry she’ll be bald at 20.’

‘Soon it will all be over for me, the fame bit’ 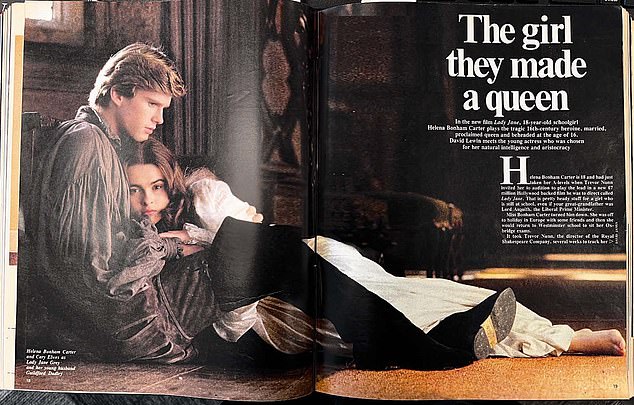 The baby-faced budding star was just 18 when she appeared on YOU’s cover in 1985 for her leading role in Trevor Nunn’s Lady Jane Grey.

Although Helena had enjoyed her experience, she wasn’t certain that her future lay in acting. ‘I have to be very careful about it now because soon it will all be over, the fame bit.’

The now Bafta-winning actress went on: ‘I have to think long term. I would say no to another film immediately. If I took another part now my career could easily be dictated by the postman and the offers he might bring. I wouldn’t want that. I want to shape my career myself, and I haven’t decided yet if I want to be an actress.’