Fake beggars are flocking to a town voted Britain’s happiest place to live to make up to £200-A-DAY swindling cash from wealthy locals, a homeless charity has said.

Some rough sleepers are raking in the equivalent of £73,000-a-year tax free – more than two-and-a-half times the average salary for Brits of £27,600.

Residents living in the Warwickshire town of Royal Leamington Spa have reported a ‘ten-fold’ increase in the number of homeless people begging on the streets. 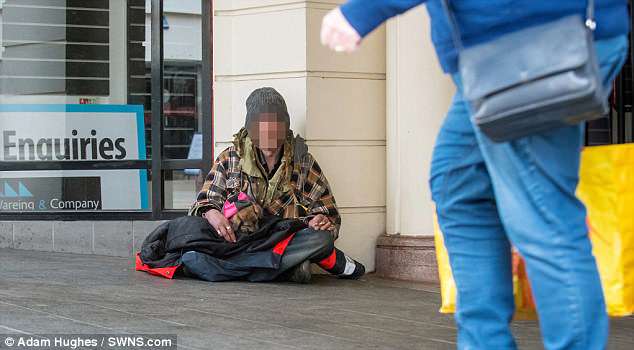 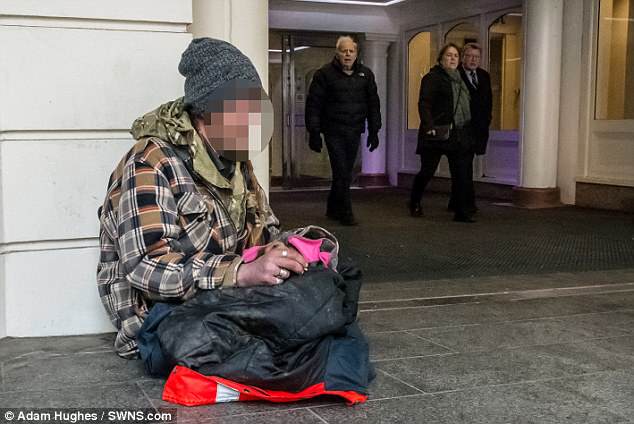 Locals say the rise in begging has also spiked since the town was named the happiest place to live in Britain.

In an extraordinary move, head of local charity Helping Hands is urging people not to give beggars money, because it fuels alcohol and drug addiction.

Chairwoman Lianne Kirkman is urging people to instead give money to charities which help support people to kick addictions and find a home.

She said: ‘Sadly, people can earn up to £200-a-day sitting on the streets in Leamington and then this money regularly gets used in a non-productive way, often to help feed an addiction. 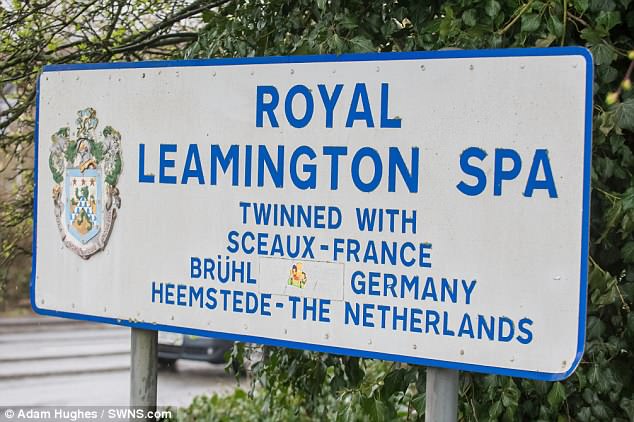 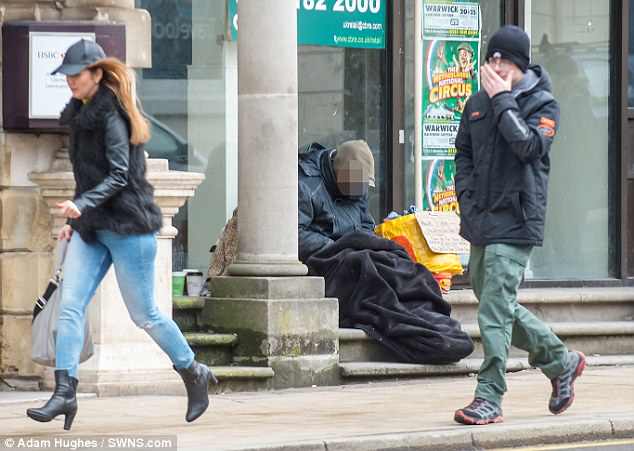 Locals say homelessness has increased in the plush Warwickshire town 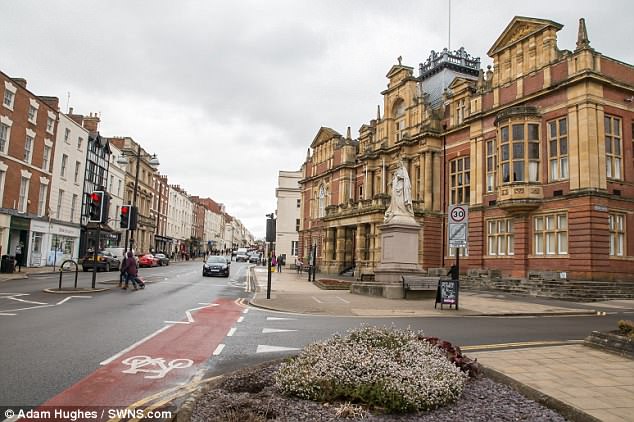 Businessman Thomas Franks, 45, said he had lived in the town for 20 years and had noticed a ‘ten-fold’ increase in beggars

‘It’s really hard for the general public to know who is an addict and who isn’t, so as a general rule, we say avoid giving money out to any individual and instead direct

individuals to local services where they can be helped in a better way.

‘If the money can also be directed to local charities, it means we can continue our work to help people off the streets and even expand the services we currently offer.

‘There’s so much more that could be done if money was ploughed in the right direction.

‘It sounds harsh, but having worked for years with people who are homeless and those with addictions, it is those who have managed to get themselves out of addiction who now say to us that we should not be giving money out on the streets.

‘That alone gives me enough confirmation to know we are definitely giving out the right advice and may just save someone’s life in the process.’

Businessman Thomas Franks, 45, said he had lived in the town for 20 years and had noticed a ‘ten-fold’ increase in beggars.

The father of three said: ‘It’s upsetting to see homeless people on the streets and I always encourage my children to give them some money or buy them a coffee or biscuits to sustain them. 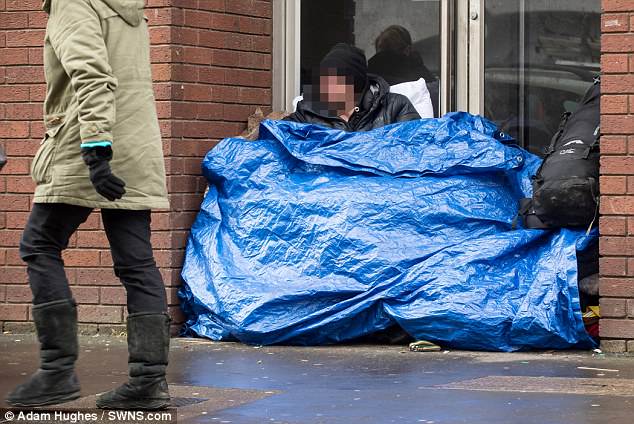 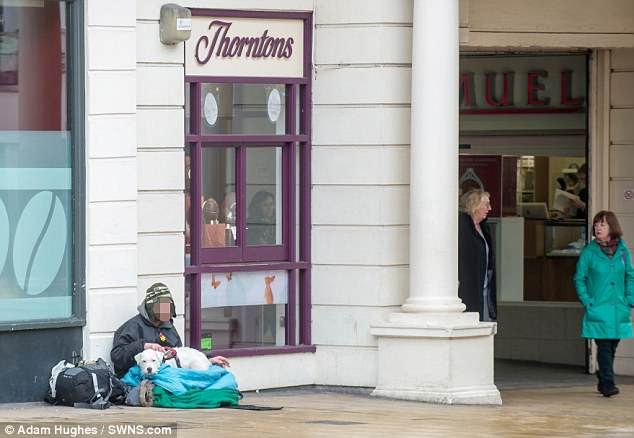 ‘I’d say over the last year there has been a ten-fold increase in the numbers of beggars on the Parade.

‘It’s got to the stage now that there are rough sleepers almost every few yards and you suspect that not all of them are actually homeless.

‘If some of these people are deliberately targeting Leamington because they know the residents here have more money so are more likely to give them more then that’s extremely troubling.

‘No doubt some of these poor people are genuine but the idea that some are actually making a decent living from it is outrageous.

‘The police are doing their best but I’d like to see more done to root out the con artists and actually help those in need.’

Mother-of-two Gemma Wells, 35, said: ‘My friend works for the local council and apparently the problems have really gone up since the town was named as the happiest place in Britain to live.

‘It looks like some people have seen it as a place to make a quick buck from wealthy, upwardly mobile people with a social conscience and lots of disposable income.

‘I always buy a copy of the Big Issue from the chap in town but never give money to beggars.

‘It is hard to walk past them but you just don’t know if they are genuinely in need or not.’

The force, alongside the district council and business leaders have also thrown their weight behind ‘Killing with Kindness’ campaigns which tries to persuade people not to give money to beggars.

It follows a similar scandal in Windsor which saw the council leader demanding homeless people are moved on before the royal wedding.

Simon Dudley also said rough sleepers were ‘aggressive and intimidating’ and even accused some of marching tourists to nearby cashpoints before demanding money from them.