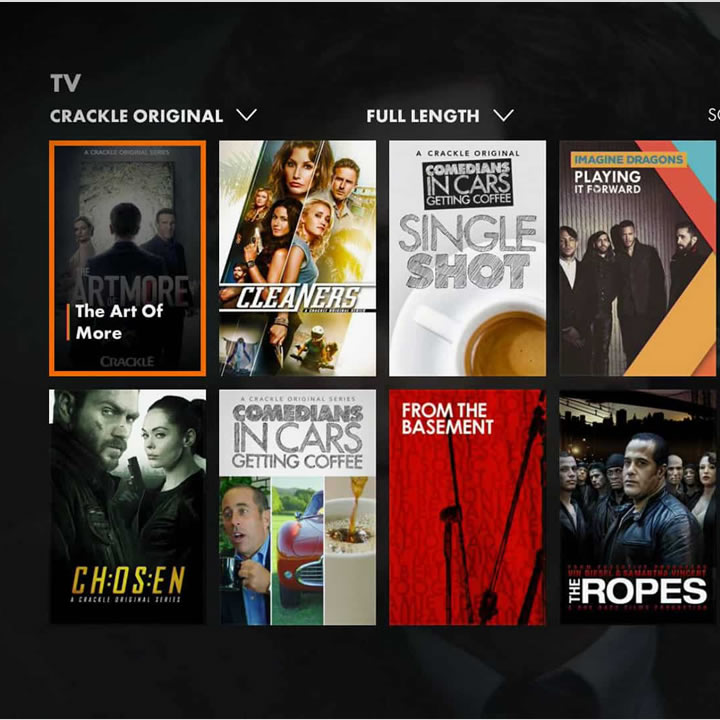 Sony Crackle is one of the several legal apps in the market that would give you free streaming of their movies, TV shows, and other content. Yes, it is free and is also supported by ads, so you might encounter some ads while you’re in the middle of watching your movies or TV shows.

If you were to weigh everything, the number of movies and TV shows they have, it is surely worth it. What are a few seconds or a minute max for a free movie, right? If you have subscribed to Netflix or any other streaming services, you might notice that Sony Crackle’s user interface is quite similar to them.

This streaming service has been around for quite some time now and was established in the 2000s. But it was not able to immediately create its mark. Compared to other famous streaming services such as Disney Plus, or Netflix, Crackle is owned by Sony. So, it has access to a lot of Sony media properties.

You might be wondering whether crackle download movies, right? Well, the downside of this free streaming service is that there is no way for you to download any movie, but you are free to watch and stream them as many times as you want. But you have to watch a certain number of ads, as it is ad-supported, and relies on ads for returns.

How Much Does it Cost

This streaming app does not cost you a single cent! That is the best thing about this app. But like what we have said, it is reliant on ads for revenue. These ads are just 30 seconds long, and you will encounter them from the beginning, maybe three to nine times if the movie exceeds a fixed amount of viewing time.

One thing you might notice when you enter the website is that you don’t have to create an account for you to stream their vast quantity of movies and TV shows. You can just straight watch them all you want.

If you’re using your laptop or your PC, you can just go to their website. And if you’re using an Android or iOS device, the app can be downloaded from the app store. It is also available on other brands of TV, and game consoles such as PS3, PS4, and other Xbox variations.

The movies are also sorted by your choosing, whether it is alphabetical, movie genre, or by setting it on recently added movies. There aren’t a lot of distractions on the interface of Crackle, so it is extremely easy to use even for beginners.

Why would you even ask that question? Of course, you have to pick this app because it is free. It is a great alternative to the paid streaming services that require you to pay for a monthly or yearly subscription. It has all the movies made by Sony Movies, and they are legal. You don’t have to worry about spoofing your location, or getting a reliable VPN.

This streaming service is also getting a lot of new web series which are only exclusive to the app. If you are just desiring to watch a movie without spending money, Sony Crackle’s got your back!

If what you have already read made you curious about Sony Crackle, you can go and visit their website right now, and maybe start watching a few movies to know if the advertisements bother you at all, and you don’t even have to create an account, sign up, or pay for a subscription.