Behind the glitz, France has problems to solve before WCup

Up front France boasts Kylian Mbappe and Ousmane Dembele, two of the world’s three most expensive players, and the 2016 European Championship’s top scorer in Antoine Griezmann.

When everything comes together, it’s a joy to watch but, behind the glitz, France has significant problems to resolve before its World Cup campaign begins on June 16.

As Euro 2016 runner-up, France will rightly be considered among the favorites in Russia. But rivals will marvel at the ease with which Colombia pierced France’s feeble defense and overran its tentative midfield on Friday. Trailing 2-0, Colombia rallied to win 3-2 in a tactical master class of positional switches and pressing which flummoxed France coach Didier Deschamps.

France showed similar frailties against World Cup winner Germany in November, twice squandering the lead in a 2-2 draw. Both times, France fluffed chances because of some complacent finishing – trying to score highlight-reel goals – and was then ruthlessly punished.

It is particularly worrying for Deschamps, who places high importance on tactical discipline, commitment, leadership and risk-free defending. Those were hallmarks of France’s triumphant teams at the 1998 World Cup and Euro 2000 tournaments – with the combative midfielder Deschamps as captain – but they were missing against Colombia on Friday.

“We have to do more in terms of attitude, energy and playing with more heart,” France captain Hugo Lloris said. “We have to give more.”

In adding that Colombia “maybe has less talent but is a real team” Lloris highlighted the glossy veneer and soft underbelly of his side.

Striker Olivier Giroud criticized a lack of “aggression and determination,” adding it was important to understand why France was missing such “crucial values.”

Deschamps has another friendly, away to Russia on Tuesday, before he names his 23-man World Cup squad. He will then have three matches left to iron out evident flaws in his side, including a lack of leadership, lapses of concentration in defense, and a misplaced sense of superiority when dominating games.

“When things are going well, we’re capable of doing very good things. When things get tense we’re a lot more vulnerable,” Deschamps said. “It’s also a question of character, perhaps we are too self-satisfied and the highest level doesn’t forgive that.”

France’s second-half capitulation against Colombia was not just tactical; it was also because Les Bleus had no leader to spark a response.

France’s long-standing captain is goalkeeper Hugo Lloris. While there is no doubt over Lloris’ position as No. 1 – the Tottenham goalie is among the most consistent in the Premier League and has nearly 100 international caps – his position on the field works against him in communicating with his team.

Lloris has long been considered too soft-spoken and lacking enough of a vocal presence. Deschamps complained his side lacked aggression against Colombia, and he may question why he’s sticking with Lloris as captain when he is anything but aggressive, both in his body language and communication.

France plays such scintillating attacking football that its defenders must sometimes be tempted to put their feet up and admire it. Unfortunately, at times they seem to do just that.

Deschamps is still trying to decide on his best center back pairing: Real Madrid’s Raphael Varane alongside either Barcelona’s Samuel Umiti or Arsenal’s 50-cap veteran Laurent Koscielny. He went with Varane and Umtiti against Colombia and it was thoroughly unconvincing.

Forward Luis Muriel regularly got behind Varane, and Umtiti clumsily gave away a late penalty, from which Colombia made it 3-2.

But bringing Koscielny back in won’t solve everything, either. While he is a fine reader of the game, and one of the best ball-playing center halves around, Koscielny has a habit of giving away penalties and his man-marking can be poor.

Right backs Djibril Sidibe and Benjamin Pavard are attack-minded but so are left backs Layvin Kurzawa and Lucas Digne. Against Colombia, Sidibe and Digne raced forward almost at will, leaving gaping holes behind them for Colombia to exploit.

With N’Golo Kante, Paul Pogba and Blaise Matuidi, the last position Deschamps should worry about is midfield.

However, Pogba has fallen out of favor at Manchester United and looks out of form. Against Colombia, Deschamps paired Kante and Matuidi as holding midfielders in a 4-4-2 formation, but they were at times completely overrun when Colombia countered on the break.

A 4-3-3 formation – Kante holding with Pogba and Matuidi either side – appears to offer more protection. But Pogba’s tactical indiscipline means he often drifts out of position and, while he’s among the world’s most expensive players, Deschamps may be better off using him as a substitute.

Instead, Deschamps could opt for a 4-3-3 with Bayern Munich’s Corentin Tolisso, who is far more disciplined and a crisp passer with a good eye for goal. He scored 14 for Lyon last season, including long-range strikes, and has found the net several times for Bayern. Tuesday’s match against Russia could prove important for Pogba’s chances of starting France’s World Cup opener against Australia. 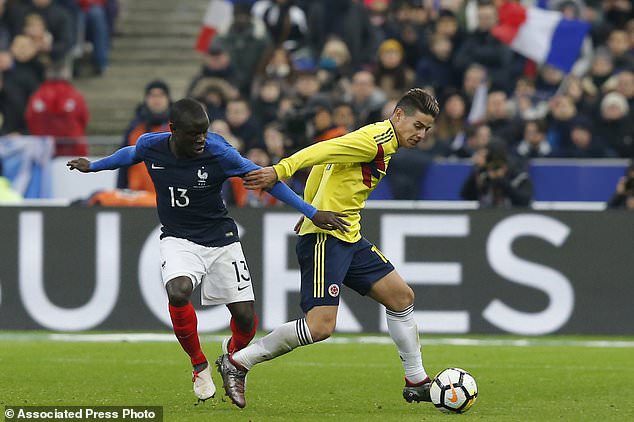 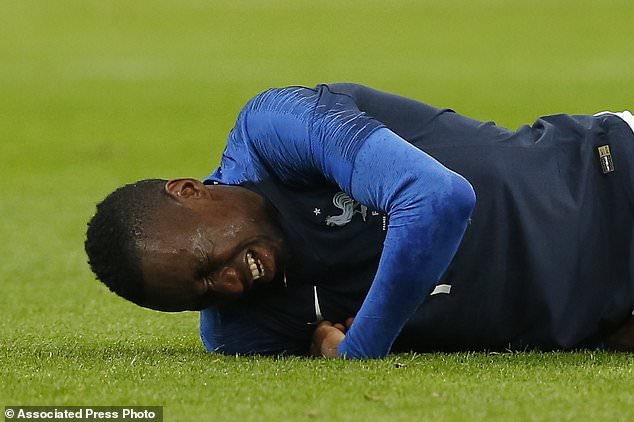 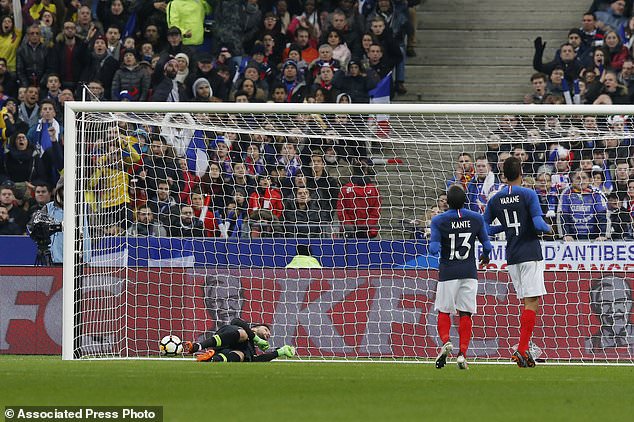