Behind the scenes of Cristiano Ronaldo’s return to Manchester United

Cristiano Ronaldo reacquainted himself with his former home on Monday as he took a tour around Old Trafford before Juventus play Manchester United in the Champions League.

The Portuguese star has only played once at the Theatre of Dreams since leaving United for Spanish giants Real Madrid way back in 2009.

Now back on English soil for Juve’s European clash with Jose Mourinho’s side, Ronaldo took the opportunity to look around the stadium before the highly-anticipated Group H clash. 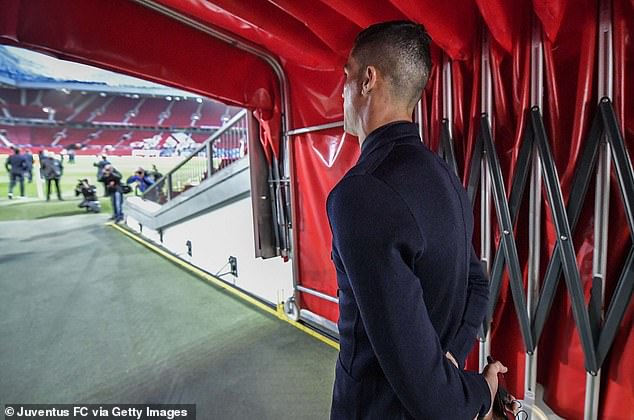 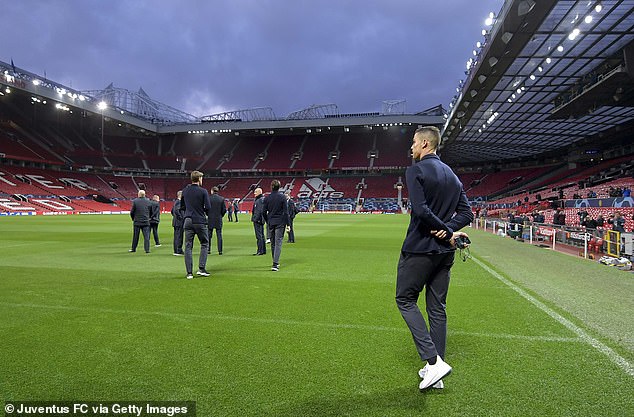 Pictures show Ronaldo leaning against a wall in the bowels of the stadium, just down from the ‘Welcome to Old Trafford’ sign. He was later joined by Juventus chairman Andrea Agnelli.

He then walked down the long tunnel in the corner of the stadium before making his way out onto the pitch alongside his team-mates. Ronaldo was all smiles as he returned and he is expected to receive a warm reception from United fans.

Ronaldo received rapturous applause on his previous visit to Old Trafford in the Champions League in March 2013 with Real Madrid.

He scored the decisive goal in Real’s 2-1 victory but Ronaldo refused to celebrate and admitted ‘my reaction will be the same’ if he was to find the back of the net once again this time around.

He added: ‘We have to respect Manchester United – fantastic team, experienced coach – but I expect and look forward that Juventus will win the game.

‘It’s a huge thing to come back. I remember what it was like in Manchester. My history, I won lots of trophies, cups, leagues, the Champions League. I remember the support of the fans.’ 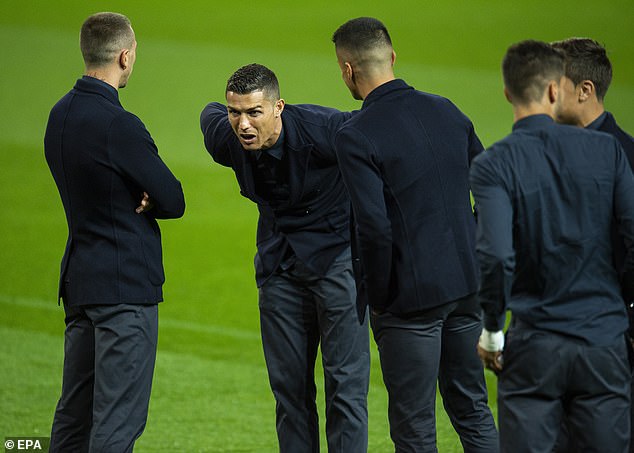 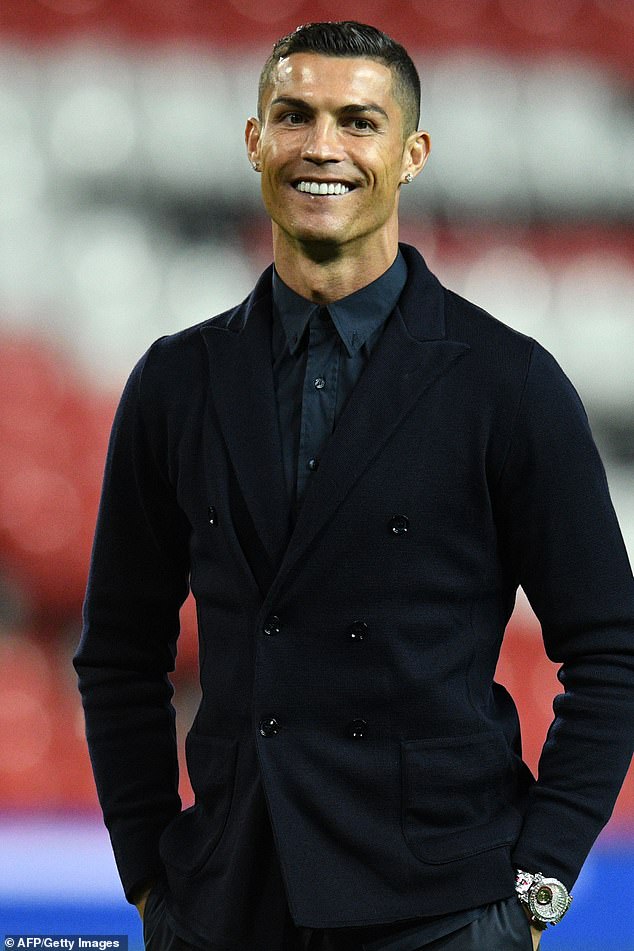 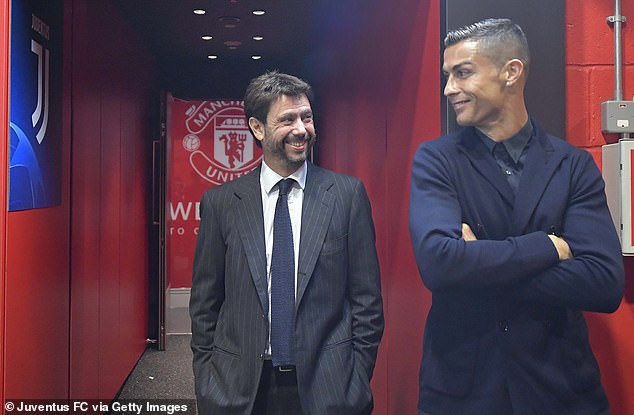 Ronaldo returns to his former home ground accused of raping Kathryn Mayorga, an American model, in a Las Vegas hotel room in 2009.

The Portuguese star vehemently denies the claims, describing them as ‘fake news’ in a social media post.

Ronaldo paid Mayorga, who was then 25, £288,000 to sign a non-disclosure agreement at the time of the alleged rape. His lawyers say this is ‘by no means a confession of guilt.’

Ronaldo maintains that what happened in the aftermath of a night of drinking in a Las Vegas nightclub was consensual.

Shares in Juventus have fallen by 37 per cent since Las Vegas police said they would re-investigate the alleged crime, while one of Ronaldo’s principal sponsors, Nike, have said they are ‘deeply concerned.’