Behind the scenes of Elvis Presley’s ’68 Comeback Special

The Sixties weren’t much fun for Elvis Presley. While The Beatles, Rolling Stones and Bob Dylan were reinventing rock ’n’ roll, its once glorious King was trapped in Hollywood churning out humiliating movies under the whip of his ruthless manager, Colonel Tom Parker. As he became increasingly uncool and musically obsolete, by 1968 it seemed nothing short of a miracle could save his career.

That year’s Christmas TV Special, originally titled simply ‘Elvis’, was that miracle. Reminding viewers of the pelvic sex bomb they’d been missing since the Fifties while also announcing the reborn superstar who’d conquer Vegas in the Seventies, history would rightfully rebrand it as his ‘Comeback Special’. Without this phenomenal broadcast, Elvis would never be the legend he is today. So it’s chilling to know, had Colonel Parker got his way, instead of a smouldering black-leather lothario we’d have had a goon in a Santa suit yodelling Jingle Bells – just one of many bizarre stories behind the King’s finest hour…

Elvis Presley’s 1968 comeback special. Without this phenomenal broadcast, Elvis would never be the legend he is today

1. The colonel in disguise

‘Colonel Tom Parker’ was actually the fake name of a lunatic con artist. He was born Andreas van Kuijk, an illegal Dutch immigrant who stowed away to America from Rotterdam the night of an unsolved murder of a local grocer’s wife. He later joined the US Army, which certified him ‘a constitutional psychopath.’ Parker wanted the December Special to be festive schmaltz with kids and carols. Elvis defied him, intent on showing the world ‘what I can really do.’

2. To the heartbreak hotel

The Comeback Special cost Elvis his marriage. To top up his tan before filming he flew to Hawaii with wife Priscilla and newborn baby Lisa Marie. Priscilla, upset they hadn’t made love since she gave birth, prayed a week in Waikiki would reignite their bedroom rock-a-hula. It didn’t, though Elvis did take his sexually frustrated spouse to see a martial arts tournament featuring hunky young karate champ Mike Stone. Priscilla left Elvis for Stone four years later. 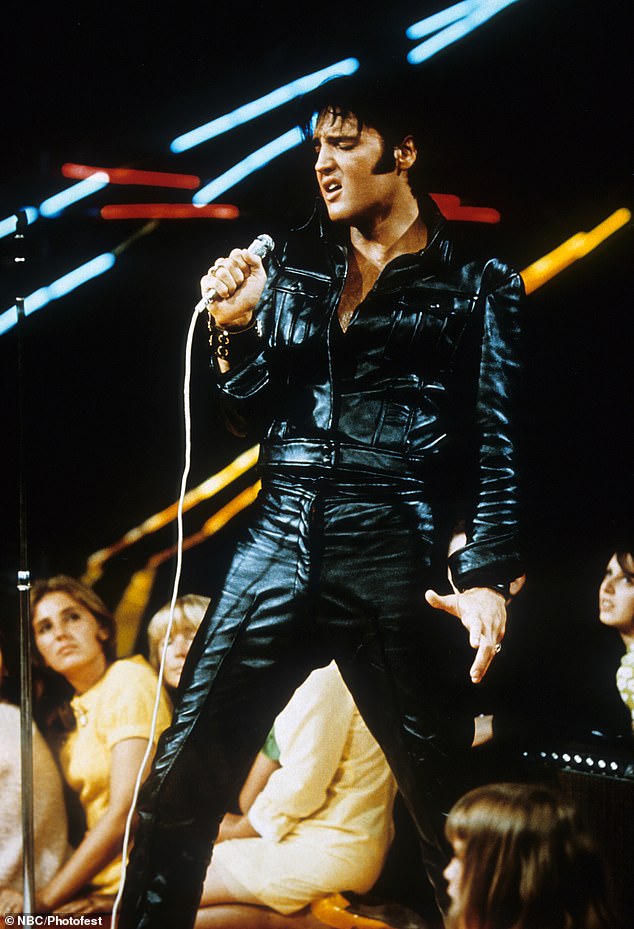 Had Colonel Parker got his way, instead of a smouldering black-leather lothario we’d have had a goon in a Santa suit yodelling Jingle Bells 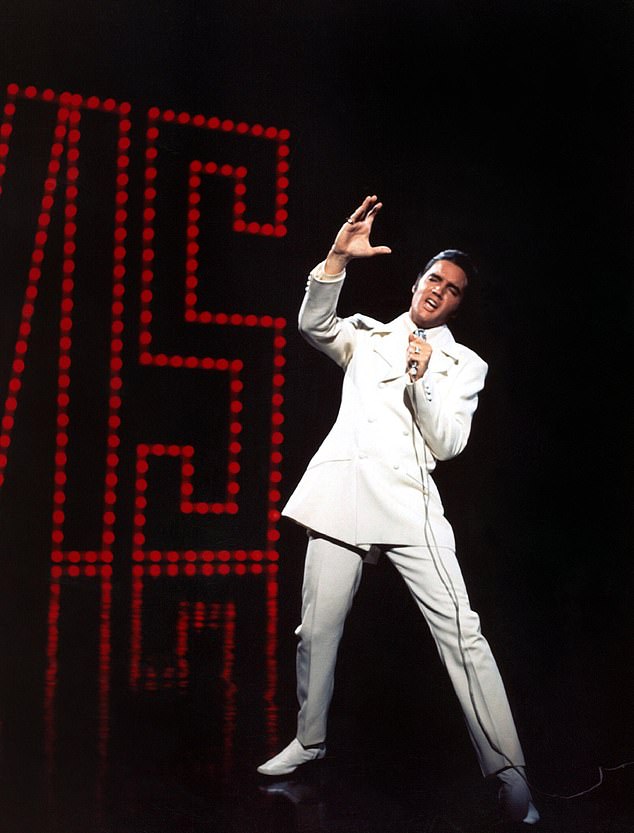 While The Beatles, Rolling Stones and Bob Dylan were reinventing rock ’n’ roll, its once glorious King was trapped in Hollywood churning out humiliating movies 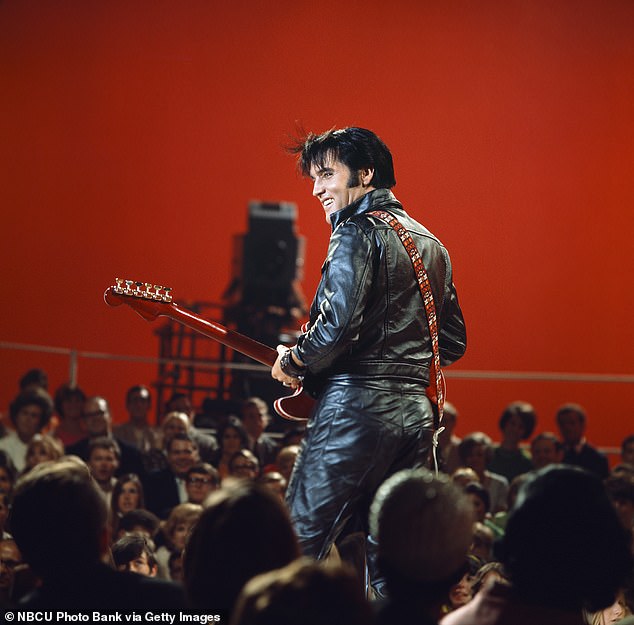 The concert part of the Comeback almost never happened. Colonel Parker hated the idea and deliberately didn’t distribute any tickets hoping it would be cancelled if no one turned up

The iconic opening number Guitar Man nearly ended in tragedy. A cast of 89 silhouette Elvis clones had been choreographed by West Side Story’s Jaime Rogers to hip-shake in unison on a 24ft-high scaffolding behind the real Presley. But according to art director Gene McAvoy, ‘when they moved it wobbled, so the whole platform was about to collapse like a concertina.’ The disaster was narrowly avoided by chaining the set to the ceiling.

Elvis lived six miles from the NBC TV studios but moved in to their guest suite during production. He told Priscilla it was to save time commuting, neglecting to mention he’d also be ‘rehearsing’ with his mistress, the blonde fashion model Susan Henning.

The show’s sponsor, sewing machine manufacturer Singer, objected to the ‘bordello’ routine where Elvis bumps and grinds with buxom dancers playing scantily clad prostitutes. A shocked Singer rep interrupted the shoot and the girls were forced to cover up their cleavages with pink chiffon. But it was still deemed far too saucy for the sewing firm, which insisted the King’s scandalous brothel boogie be removed, along with his lover Henning’s only scene.

Elvis’s Comeback was filmed next door to his favourite comedy show, Rowan & Martin’s Laugh-In. Its hip, bubble-headed star Goldie Hawn often visited the set for a sneaky swoon at Elvis. Hawn later married one of the Special’s dancers, Gus Trikonis.

The concert part of the Comeback almost never happened. Colonel Parker hated the idea and deliberately didn’t distribute any tickets hoping it would be cancelled if no one turned up. When the crew realised they frantically filled the seats with studio secretaries and customers press-ganged from a nearby diner, while tickets for a second show went to a packed house of proper fans.

Whereas some of the Special’s crew smoked marijuana, Elvis exhibited scant interest in psychedelics, preferring Villiger Kiel cigars and his regular cocktail of amphetamines and opiates. Other than the very occasional joint, he once ate a whole batch of hashish ‘space cakes’, mistaking them for chocolate brownies: after two days stoned in bed, he re-emerged asking for more. 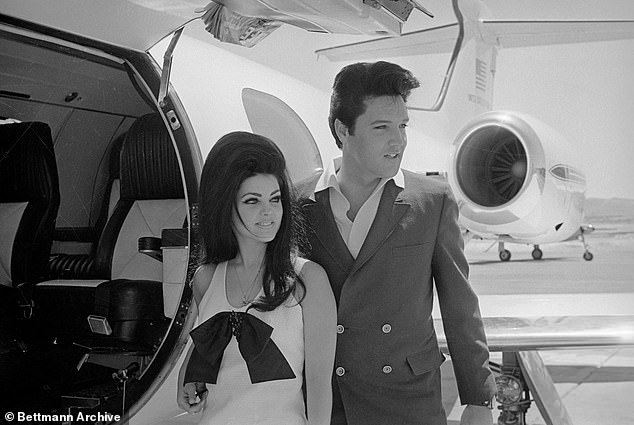 Newlyweds Elvis and Priscilla Presley preparing to board a jet in Las Vegas. The Comeback Special cost Elvis his marriage

Glamorous Tanya Lemani was the Special’s featured belly dancer. She previously appeared in Star Trek, where she’d dated William Shatner, not realising he was married until she’d boldly gone too far. Lemani turned down Elvis’s advances, not wishing to repeat the mistake.

The emotional finale If I Can Dream was written by songwriter Earl Brown for Elvis, who was devastated by the assassination of Martin Luther King Jr. King’s ‘I Have A Dream’ address inspired Brown’s civil rights anthem and Elvis finally added his voice to the Sixties’ political revolution.