Being in a good cloud judgement by making people gullible and biased, experts say

Being in a good mood typically makes people feel like they are on cloud nine, but studies suggests the boost can cloud their judgement.

The upbeat sensation can cause people to accept first impressions of others or events, without challenging, which could set them up for failure later down the road.

Australian psychologist Joseph Forgas conducted a study where subjects read a short philosophical essay with a picture showing either an older man or a younger woman.

The research analyzed whether or not a good mood would have a bias effect on thinking – and it did.

Those feeling positive enjoyed the essay more when believing it came from the man, while those in the negative category felt about the same for both.

This statement suggests that how we feel determines what we see around us, what memories we revert back to and how we decipher signals, The Wall Street Journal reports.

Being in a good mood typically makes people feel like they are on cloud nine, but studies suggests the boost can clout their judgement. The upbeat sensation can cause people to accept first impressions of someone else or an event, without challenging it, which could set them up for failure later down the road

Forgas conducted another experiment about judging whether statements were true or completely made up.

And those in a bad mood were less likely to believe the stories.

Not being able to tell a truth from lie or taking things at face value may not sound so bad if that means feeling great, but that lively feeling can also clout your morals. 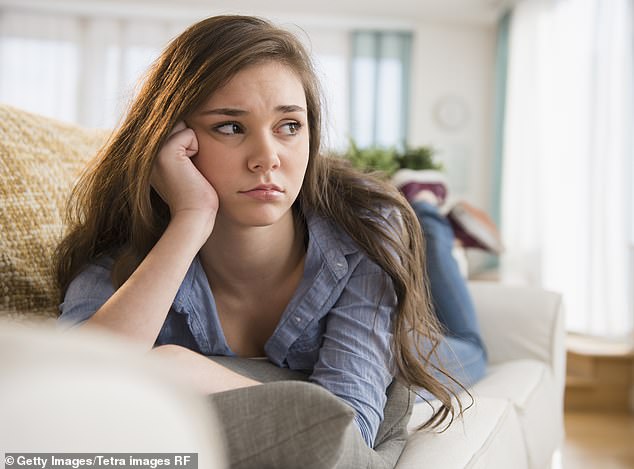 A study, conducted by a group of German researchers at the Department of Experimental Psychology at Regensburg University, used the classic hypothetical psychology theory of the trolley problem.

In the moral dilemma, there is a trolley barreling down the tracks towards five people who cannot move out of harm’s way.

What is the trolley problem?

In its traditional presentation, this thought experiment involves a runaway trolley — or a tram, as they called in Britain — which is heading towards some points.

If no-one intervenes, the trolley will crash and kill five people.

The car can be switched onto the other track, however, where only one person would be in its path.

The dilemma explores the choice between the greater good — sacrificing one person to save five — and following the moral principle that actively killing someone is wrong.

You are on a bridge over the tracks and have the power to stop the trolley and save the people, but only by hurling a fat man who is on the bridge with you onto the tracks.

The team found that participants who were in a positive mood were more likely to agree they would push the man to save the others, but were equally as willing to be persuaded not to push.

However, the trolley problem illustrates the problem with how one approaches moral reasoning.

Utilitarian calculation, associated with English philosopher Jeremy Bentham, suggests that the loss of one life is preferable to the loss of five.

While deontological ethics, associated with Immanuel Kant, prohibits killing someone even in the service of saving several others.

The subjects, however, were also influenced into feeling a certain way.

Participants in the study were given different works of music to which to listen to get them in the desired disposition.

A selection of participants listened to W.A. Mozart’s ‘Eine Kleine Nachtmusic’ and were asked to write down a positive memory – they were part of the positive mood group.

Those in the negative mood group listened to Samuel Barber’s ‘Adagio for Strings, op. 11,’ and were asked to write down a negative memory.

‘These findings suggest that the moment-to-moment variability of mood affects the quality of our judgments in ways that we cannot possibly hope to control, researchers wrote for the WSJ.

‘This variability or ‘noise’ should give a pause to anyone who thinks we can make purely objective judgments. If our mind is a measuring instrument, it is a noisy one.’