Critics are already weighing in on Nicole Kidman and Javier Bardem’s new film Being The Ricardos.

The biographical drama, in which the actors star as Lucille Ball and her then-husband Desi Arnaz, has received modest acclaim from reviewers, though Kidman’s portrayal and writer–director Aaron Sorkin’s dialogue are a major sticking point for some.

The film, which takes place during a single week of filming I Love Lucy, seems to have won over more early viewers than it turned off.

Mixed bag: Critics were mildly positive on Aaron Sorkin’s I Love Lucy–inspired biographical drama Being The Ricardos, but his screenplay and Nicole Kidman’s performance divided them; Kidman and Javier Bardem pictured in Being The Ricardos

Among the critics who were won over by Being The Ricardos was the Los Angeles Times chief film critic Justin Chang.

He admitted that Kidman didn’t have Ball’s ‘astonishing comedic range,’ but she made up for the absence with her ‘assured gait, a sly wit and a hands-in-the-pockets casualness that lets you know she means business, but charmingly so.’

He also commended the raspy voice Kidman affected to play Ball, which goes up in pitch whenever she’s in character as Lucy.

The Hollywood Reporter’s David Rooney had faint praise for the film, which he wrote would appeal ‘more toward Sorkin admirers than Lucy devotees’ due to Sorkin’s heavy-handed approach.

But he thought Kidman and Bardem ‘can’t be faulted’ as Ball and Arnaz, as their focus on ‘deep-dive characterization’ was ultimately more rewarding than trying to find less-talented actors who looked more like the real-life figures. 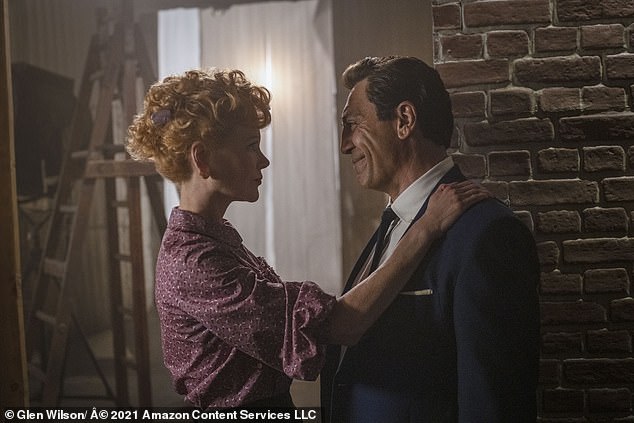 Impressed: The Los Angeles Times’ Justin Chang was won over by Nicole Kidman’s ‘assured gait,’ ‘sly wit’ and her ability to effortlessly change her voice to play Lucille Ball or Lucy Ricardo 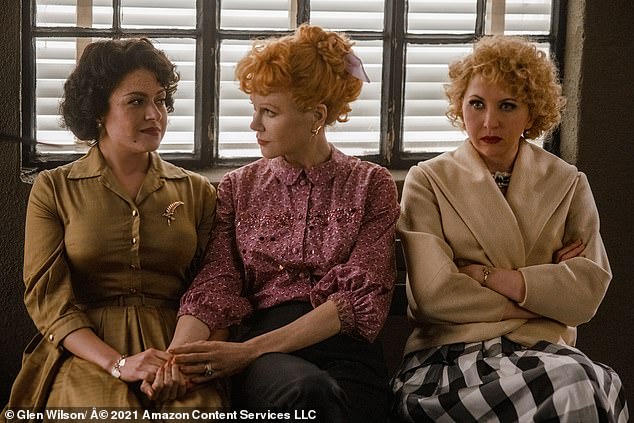 Ben Truitt of USA Today was positive about the lead performances, but he saved most of his praise for Sorkin’s ‘excellent, banter-filled script’ and the performances from the supporting cast, which includes Alia Shawkat, Tony Hale, Jake Lacy, Nina Arianda and J.K. Simmons.

Arianda and Simmons in particular were commended for playing Vivian Vance and William Frawley, who played Ethel and Fred Mertz.

Variety’s Owen Gleiberman was a fan of Kidman and Bardem, whom he wrote played their parts to ‘wry perfection.’

He praised Sorkin’s condensed structure. The major events in the film, though largely true, didn’t happen all within a single week, but he found Sorkin’s compression to be effective and elegant. 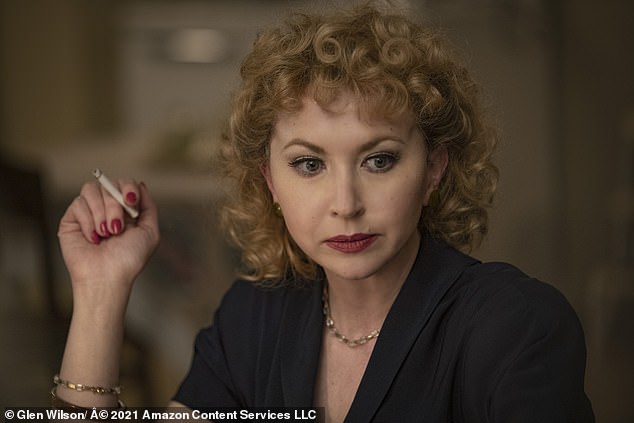 The Guardian’s Peter Bradshaw was less kind to the film, an Kidman in particular.

He wrote that her performance was a ‘bafflingly mannered, un-intuitive and latexed impersonation of Ball.’

Sorkin’s dialogue also didn’t do the film any favors, and he wrote that it was an ‘often exhausting display of self-important liberals winning arguments against each other.’

Slant Magazine’s Jake Cole thought that Being The Ricardos suffered from ‘clichés inherent to the biopic genre,’ including Sorkin’s habit of using unnecessary flashback.

He suggested the writer–director might have had more success had he let someone else take over being the camera while focusing on the screenplay. 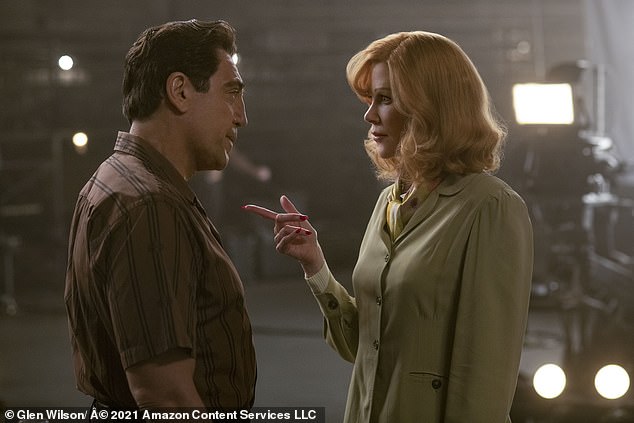 No sense of humor: For The Wrap , Robert Abele blasted Being The Ricardos as a ‘Wikipedia entry fed into what can only be called The Sorkinator, but missing the wit module’ 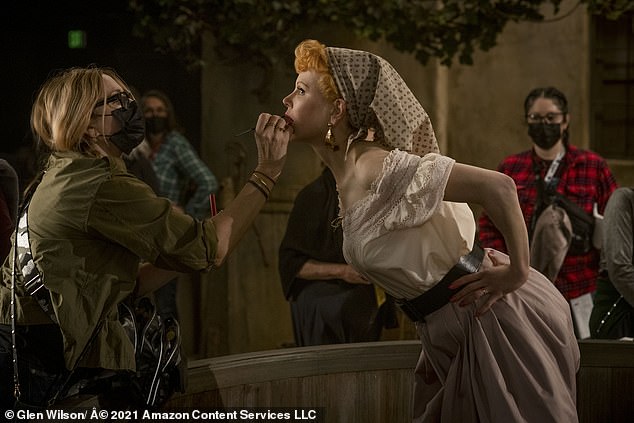 Didn’t buy it: IndieWire’s Kate Erbland criticized Kidman’s portrayal and wrote that the times when she compellingly impersonates Ball’s comedic skills are ‘few and far between’

For The Wrap, Robert Abele blasted Being The Ricardos as a ‘Wikipedia entry fed into what can only be called The Sorkinator, but missing the wit module.’

He derided the director’s ‘bland visual gloss’ and suggested it was a project that he wasn’t especially passionate about.

IndieWire’s Kate Erbland criticized Sorkin for downplaying Ball’s legendary physical comedy skills, though she praised Kidman for her skill in switching between voices and personas for the real-life comic star and her alter-ego.

She complained that Kidman and Bardem ‘don’t make a believable duo,’ and the instances where Kidman compellingly impersonates Ball’s comedic skills are ‘few and far between.’

Being The Ricardos will be released in theaters on Friday, December 10, followed by a streaming release on Amazon Prime Video on December 21. 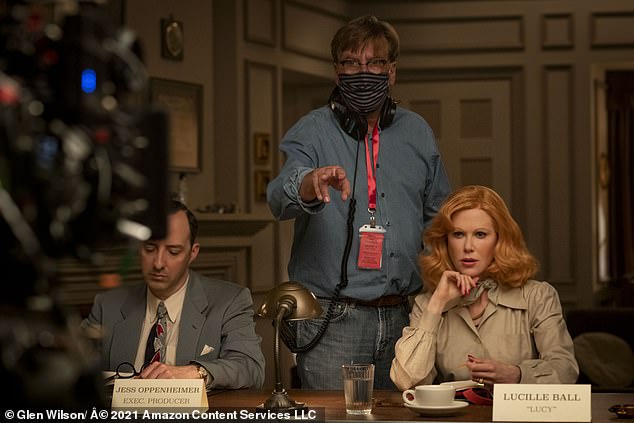 Coming soon: Being The Ricardos will be released in theaters on Friday, December 10, followed by a streaming release on Amazon Prime Video on December 21; Sorkin (center) seen with Tony Hale (L) and Kidman (R)