The King and Queen of Belgium have been snubbed by Prime Minister Justin Trudeau during their royal visit to Canada this week.

The Belgian royals had expressed their wishes to meet with the Prime Minister during their six-day stay, but the Canadian leader is too busy touring aluminum and steel smelters this week.

King Philippe and his wife Mathilde arrived in Ottawa on Sunday for the first visit by Belgian royals since 1977, and over the coming days will also make stops in Toronto and Montreal.

Royal visit: Queen Mathilde and King Philippe of Belgium attend a State Dinner hosted by the Governor General of Canada on Monday 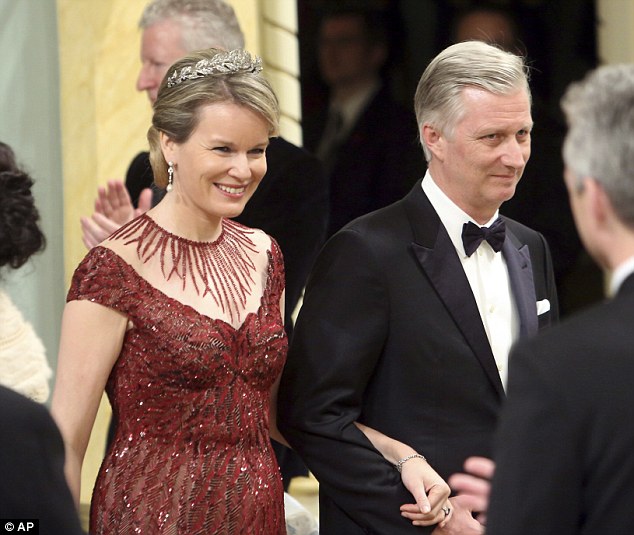 Rare jaunt: King Philippe and his wife Mathilde arrived in Ottawa on Sunday for the first visit by Belgian royals since 1977, 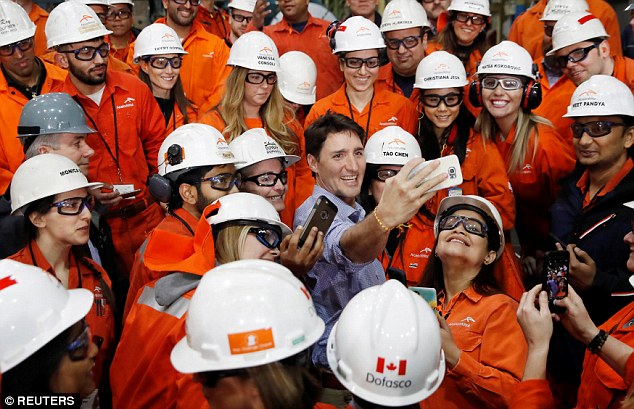 Too busy to hang: Canada’s Prime Minister Justin Trudeau takes a selfie with steel workers as he visits the ArcelorMittal Dofasco steel plant in Hamilton, Ontario, Canada on Tuesday

Meanwhile, Trudeau has embarked on a tour of Canadian steel and aluminum cities to show his support for these industries after the US announced tariffs on the metals.

In line with protocol, Canadian Governor General Julie Payette, who represents Canada’s head of state, Queen Elizabeth II, welcomed the king and queen at her official residence on Monday.

‘The essence of a state visit is a meeting of the two heads of state,’ Patrick Renault, a spokesman for the royals, told AFP.

‘But we’re not surprised at all about not having a meeting with the prime minister. We were aware that there were agenda issues on both sides for some time.’ 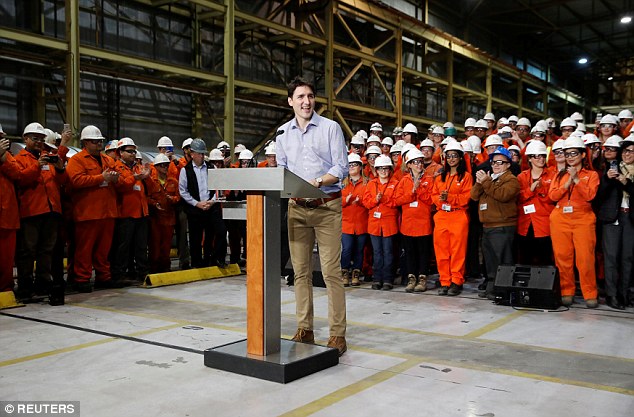 More on his mind: Prime Minister Trudeau is touring aluminum and steel smelters to show his support for these industries after the US announced tariffs on the metals 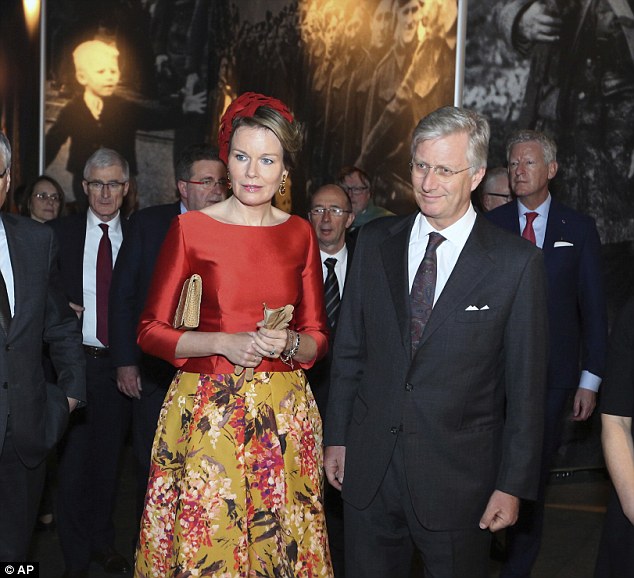 Less serious side: The King and Queen of Belgium eat maple taffy at the Richelieu Park sugar shack in Ottawa

The Belgian royals were accompanied on the trip by seven government ministers, including Foreign Minister Didier Reynders, academics and business executives.

The Belgian delegation is hoping to bolster cultural and trade ties between the two nations under the Canada-EU free trade agreement that came into force in September.

Although Trudeau was unavailable, four Canadian ministers were expected to meet with the Belgian delegation, including Trade Minister Francois-Philippe Champagne.

‘It is a great pleasure to deepen the long-standing relationship between our two countries,’ said Trudeau’s spokesman Cameron Ahmad.