A gunman who shouted ‘Allahu Akbar’ as he slaughtered two policewomen in Belgium yesterday had murdered a former cellmate within hours of being released from prison for the 14th time, it has emerged.

A Belgian federal magistrate said today the Liege attacks which left three dead are considered ‘terrorist murder’ and the investigation now centres on whether the suspect acted alone.

The attacker, named as Benjamin Herman, knifed newlywed Lucile Garcia, 45, and mother-of-twins Soraya Belkacemi, 53, from behind before using their guns to shoot them dead.

He then shot 22-year-old teacher Cyril Vangriecken and took two women hostage inside a school before being killed in a dramatic shoot-out with police. One of the women may have talked the shooter down and helped to avoid more deaths inside the school, officials said today.

Devastated colleagues of the two officers released a photo of the ‘wonderful women and mothers’ as it emerged the 36-year killer was on a 48-hour release from prison when he carried out the rampage. Having been in jail since 2003, it was the 14th occasion he had been given temporary leave ahead of his planned ‘reintegration into society’ in 2020.

Soraya Belkacemi, left, and Lucile Garcia, right, were hailed as wonderful mothers and police officers by their colleagues after being killed in today’s attack 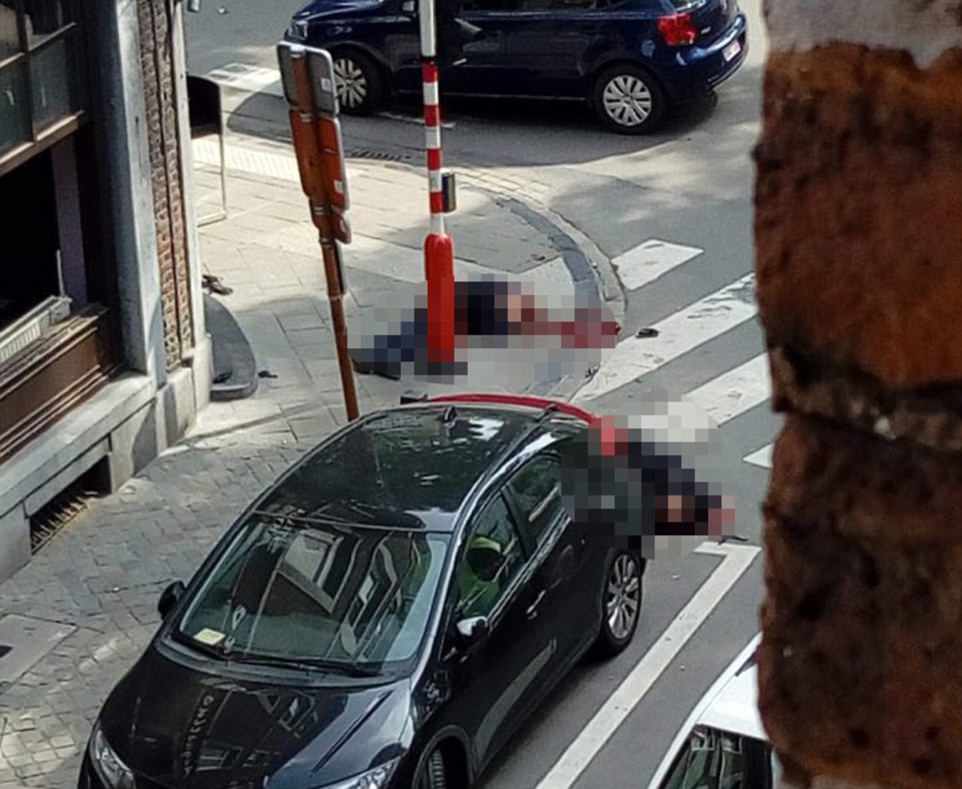 Victims: The two female police officers were stabbed and then shot dead with their own weapons in the attack on Tuesday 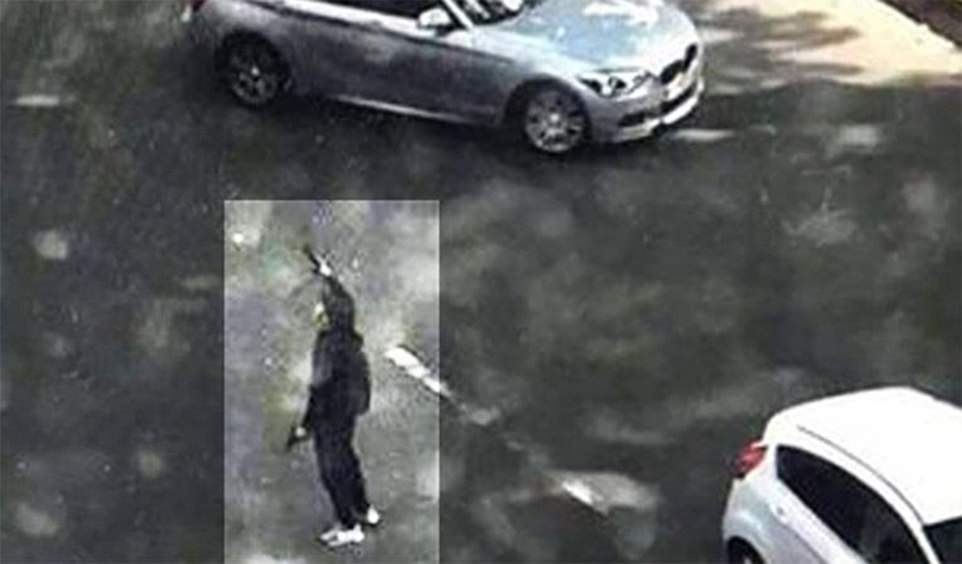 Attacker: This image published by Belgian news website HLN allegedly shows the male attacker brandishing two firearms which he reportedly stole from the policewomen he gunned down in Liege, Belgium 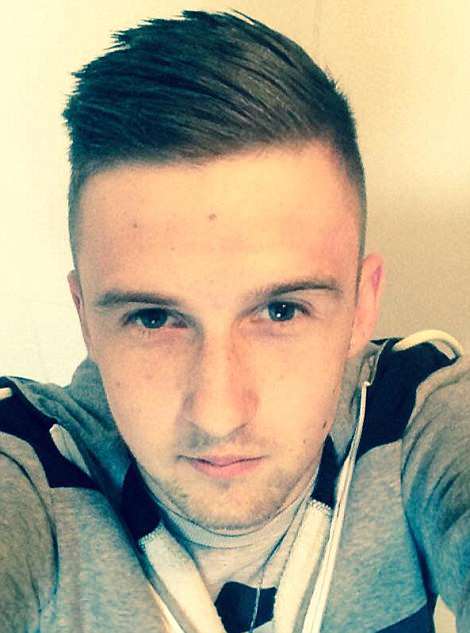 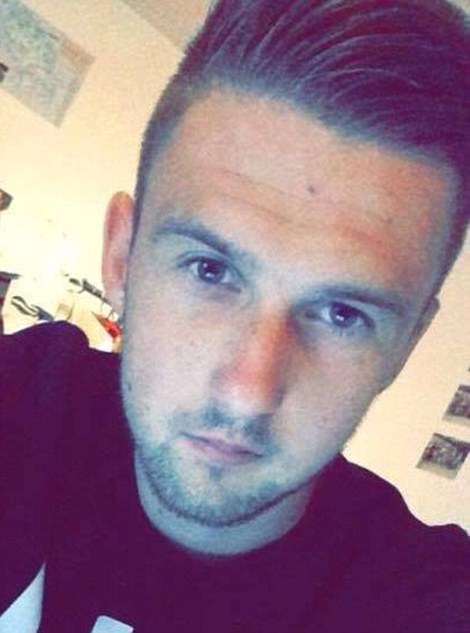 Killed: The civilian shot dead by the attacker has been named as Cyril Vangriecken, 22, from the nearby town of Vottem

‘Everyone in Belgium is asking the same question: how is it possible that someone convicted for such serious acts was allowed to leave prisons?’ Belgium’s deputy prime minister Alexander de Croo said.

It comes as the country’s Interior Minister Jan Jambon said that the suspect had already killed a former cellmate a day before the attack. The suspect is alleged to have killed the unnamed man on Monday evening by hitting him over the head with a blunt object.

Meanwhile question remarks remained this morning over what was known about the radicalisation of the gunman.

Prime Minister Charles Michel acknowledged the assailant, who had a lengthy criminal record that included theft, assault and drug offenses, had appeared indirectly in three reports on radicalism but was still allowed to take a leave from prison.

The prime minister added, however, that the reference was ‘in notes that did not primarily target him, but others or other situations,’ and he was not on a list of suspects maintained by the main OCAD anti-terror assessment group.

Justice Minister Koen Geens defended the decision to grant the attacker prison leave, saying there was no reason to suspect this time would be a different from his earlier furloughs.

‘I don’t think those are mistakes,’ he said. ‘It is not a clear cut case of radicalisation – otherwise he would have been flagged by all services.’

However, this morning, a Belgian security source told Reuters that the attacker had converted to Islam while in detention and was under suspicion of radicalisation.

In Belgium, a prisoner’s inclusion on a state security list as a suspected radical is not automatically communicated to all police or the prison service, experts say. 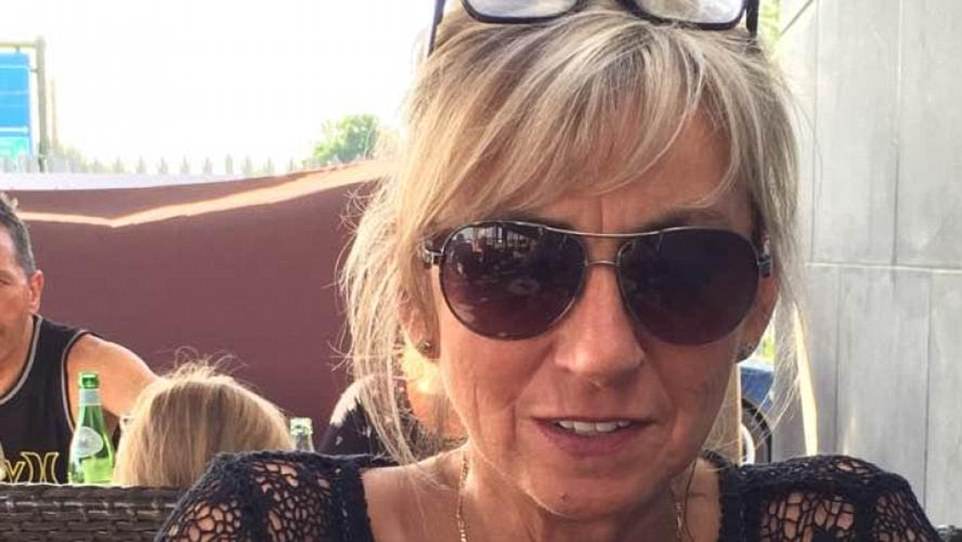 Murdered: Police officer Lucile Garcia has been named as one of the two policewomen killed in Liege, Belgium on Tuesday This is the moment Belgian special forces shoots and kills the suspected terrorist in Liege, Belgium on Tuesday 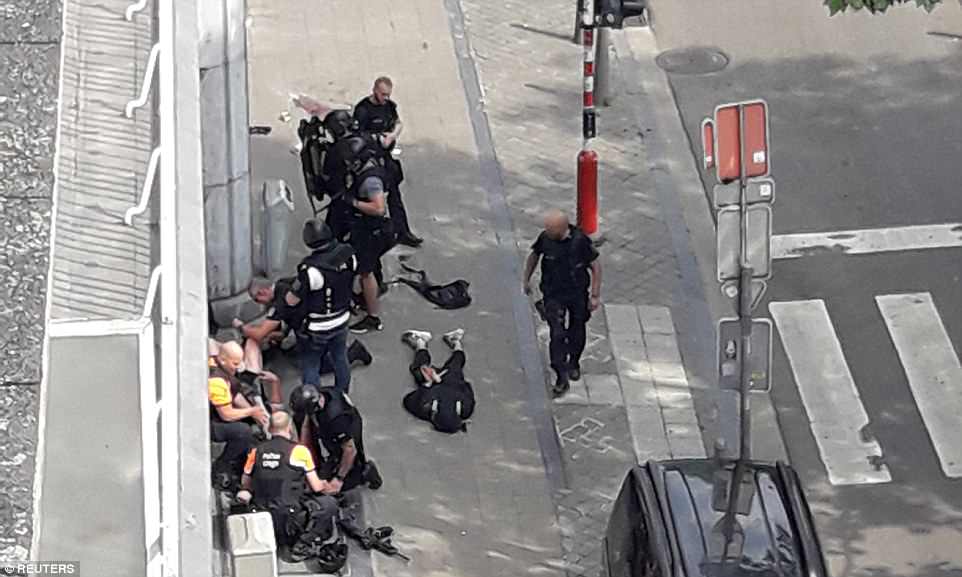 Down: Police special forces are seen next to the body of what is believed to be the attacker, outside the high school 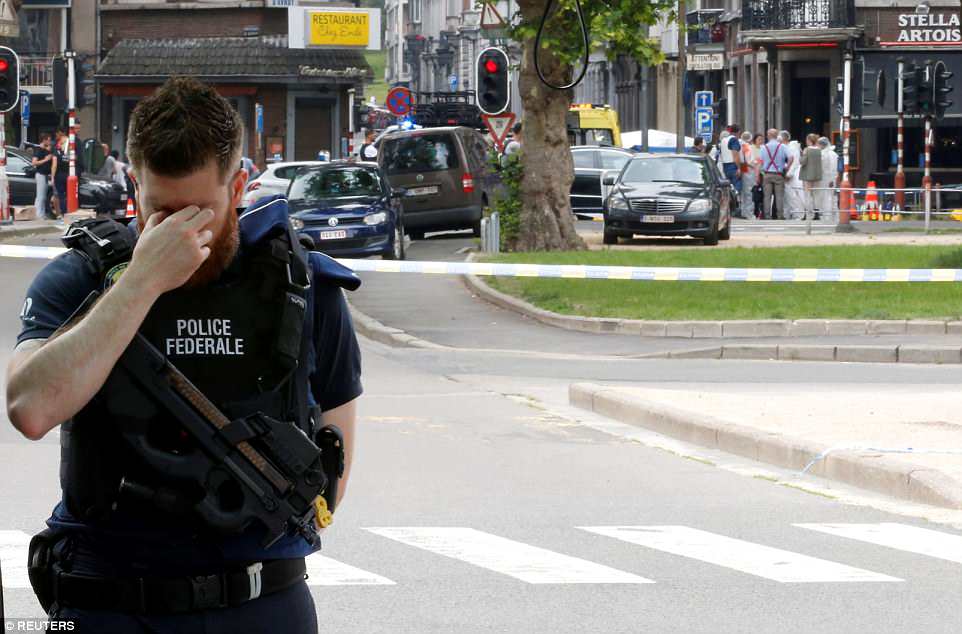 Emotions: A male police officer is seen breaking down at the scene where two colleagues were shot by an attacker who had allegedly been released from prison the day before 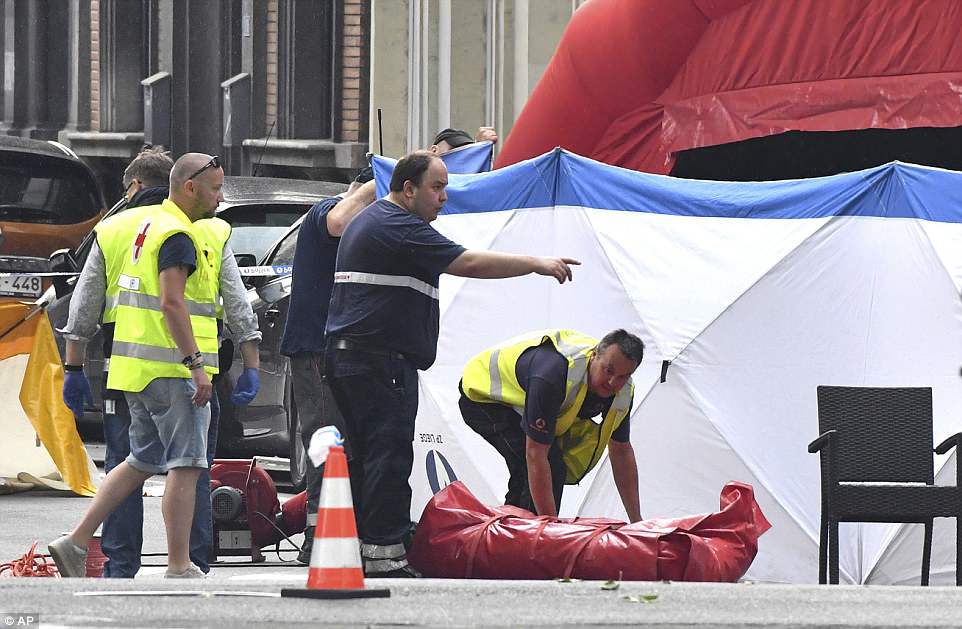 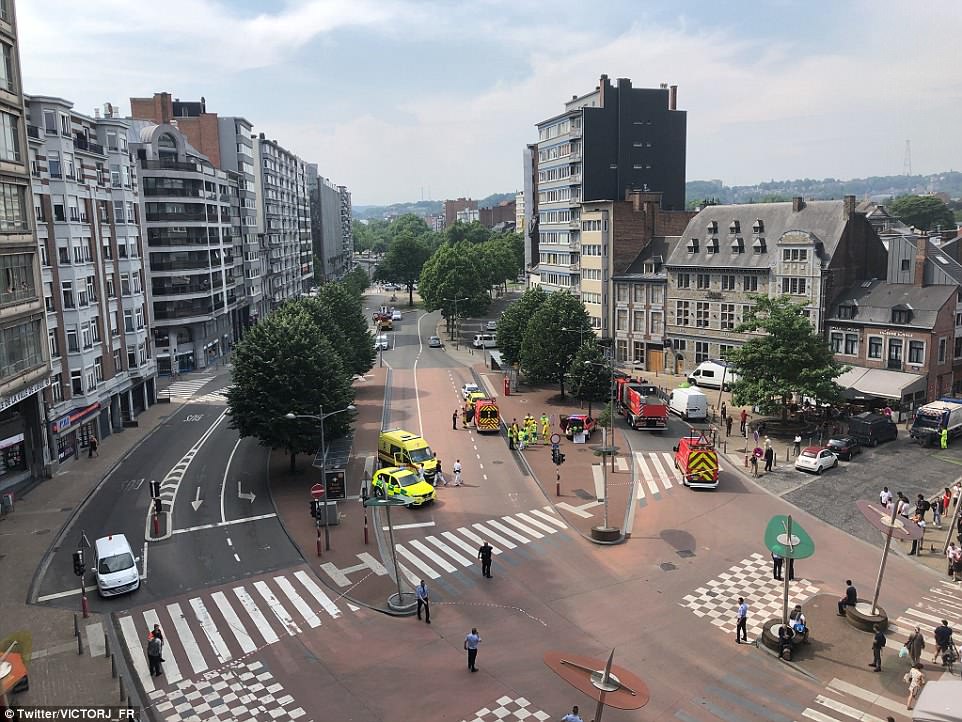 Scene: A witness’ photo show emergency services in central Liege after the unnamed man shot two police officers and a bystander, and then took a woman hostage inside a high school

HOW THE LIEGE ATTACK PLAYED OUT

The attacker’s profile drew concern about the risk of petty criminals, including those not from Muslim backgrounds, being inspired to Islamist violence while jailed.

Convicts have been behind several recent attacks in Europe. Hundreds of prisoners deemed radical by authorities are due to be released in the coming years, the Belgian parliament warned in a report late last year.

‘They come in as drug dealers and leave as Salafi jihadists,’ a security source said.

‘Is our system working when we see that these kind of people are running free?’ asked vice premier Alexander De Croo, echoing the thoughts of many in a nation where armed police and gun-toting soldiers still patrol the streets in the wake of the March 2016 attacks that left 32 people dead at the Brussels airport and subway system.

Tuesday’s attack happened outside a cafe in the eastern city of Liege when the assailant crept up on the two female officers from behind and stabbed them repeatedly.

‘He then took their weapons. He used the weapons on the officers, who died,’ the Liege prosecutor’s spokesman, Philippe Dulieu, told reporters.

Dulieu said the attacker then shot and killed a 22-year-old teacher in a vehicle that was leaving a parking lot outside a nearby high school. He then took two women hostage inside the school before confronting police massed outside.

‘He came out firing at police, wounding a number of them, notably in the legs. He was shot dead,’ the spokesman said, adding that the hostages escaped unharmed.

The attacker shouted ‘Allahu akbar,’ the Arabic phrase for ‘God is great’, several times during spree before he was shot down by a group of police officers, magistrate Wenke Roggen said.

Ms Roggeen said the attack is being treated as terrorism given the way Herman acted, which she said resembled Islamic State calls to attack police with knives and steal their weapons.

Allied to this is the fact that he yelled ‘Allahu Akbar’, and had been in contact with radicalised people.

Justice Minister Koen Geens described the assailant as a repeat offender who had been incarcerated since 2003 and was due for release in two years.

Police Chief Christian Beaupere said ‘the goal of the attacker was to target the police.’ He identified the slain officers and said Belkacemi was the mother of 13-year-old twin daughters who earlier lost their father, also a police officer. Four other officers were wounded in the attack, one seriously with a severed femoral artery.

Belgian media identified the suspect as Benjamin Herman, a Belgian national born in 1982, though in keeping with standard procedure authorities declined to confirm his identity.

Interior Minister Jan Jambon said authorities were also investigating the suspected killing on Monday of an old acquaintance of the assailant and said there could be a link. ‘It is a serious hypothesis,’ he told the VRT network.

Asked about a video from close to the scene in which someone appeared to be shouting ‘Allahu Akbar!’ in the din, Jambon said: ‘My reaction is that in many terror acts, it is the last thing they shout.’ But, he added, it is up to federal investigators to determine if Tuesday’s attack was terrorism. 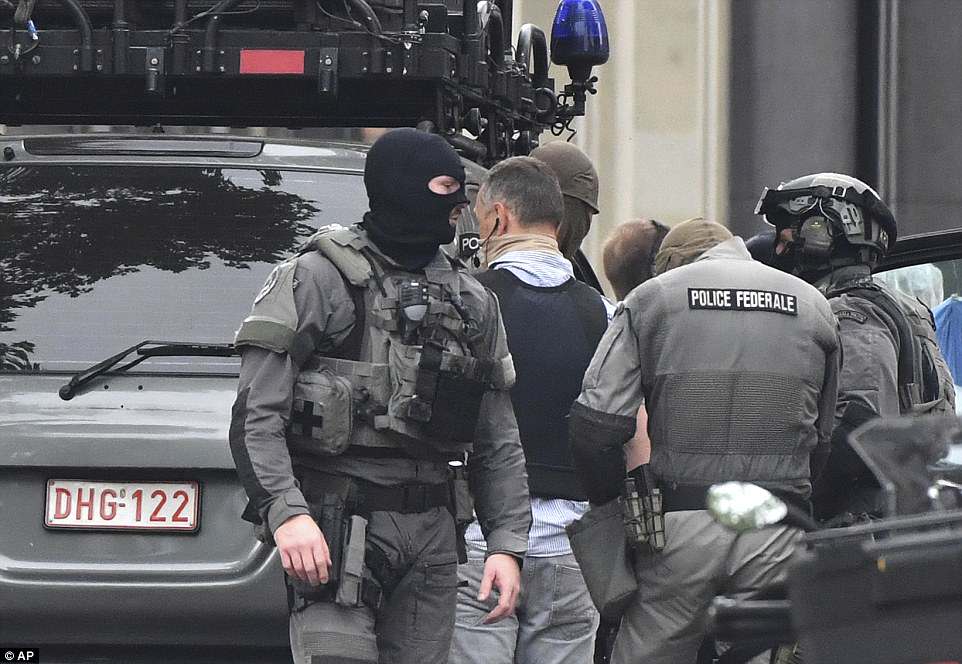 Elite unit: Belgian Special Police are pictured at the scene of the alleged terror attack in Liege on Monday 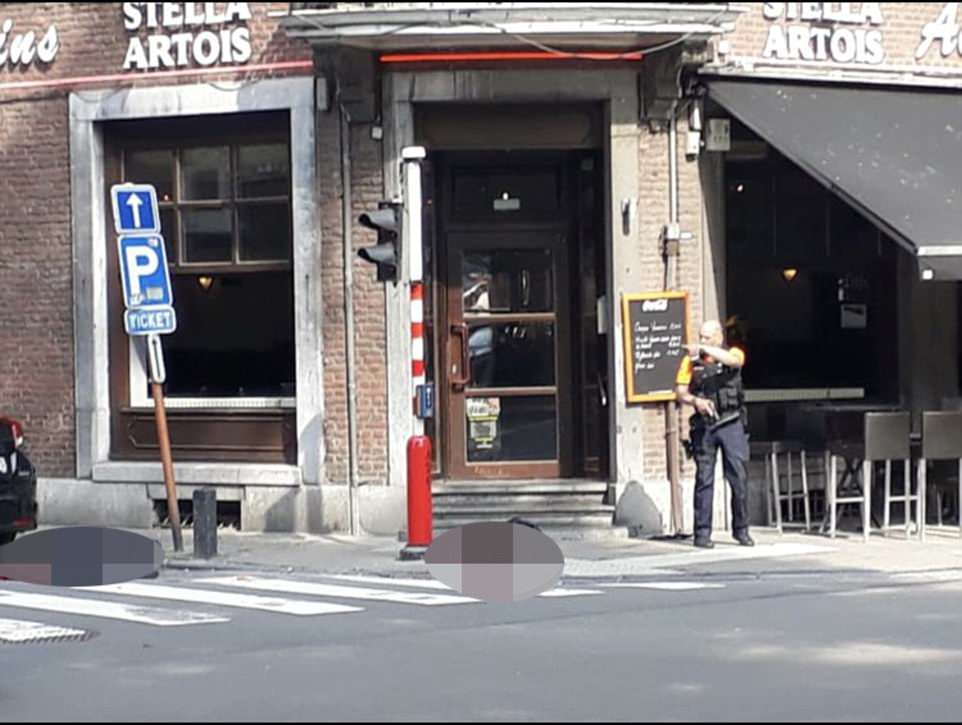 Murdered: A graphic video uploaded on social media shows the two police officers shot down in the street on Tuesday in what is now considered a terror attack

‘The investigation judge must find out if we talk about terror. Because terror also has to do with someone who gives the order, ISIS or someone else, if others are involved. We need to look at all these elements,’ Jambon said.

Asked about reports that the assailant was radicalized in prison, Geens, the justice minister, said it ‘was not a clear-cut case.’

‘He certainly was not someone who could clearly be qualified as radicalized. Otherwise he would have been known as such by all services,’ Geens said.

But a senior official at the federal prosecutor’s office told The Associated Press that ‘there are indications it could be a terror attack.’ He spoke on condition of anonymity because he was not authorized to discuss the ongoing investigation.

The Liège victims: 22-year-old man was shot dead as he sat next to his mother, one officer was newly married to a police chief and the other was mother of twins

The victims of the suspected terror attack in Belgium have been revealed as a 22-year-old trainee teacher killed in front of his mother, a newly married police officer and a mother of twins.

This afternoon the two police officers were named as Lucile Garcia, 45, from Herve in Belgium’s Verviers region, and her 53-year-old colleague Soraya Belkacemi.

Garcia had only married a month ago to a local police commissioner Patrick Hagelstein and had recently become a grandmother – something she was ‘very proud of’. 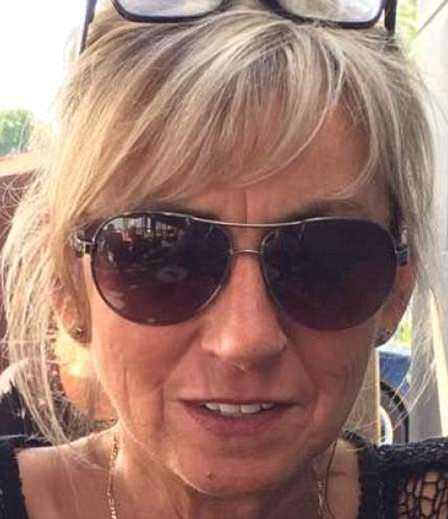 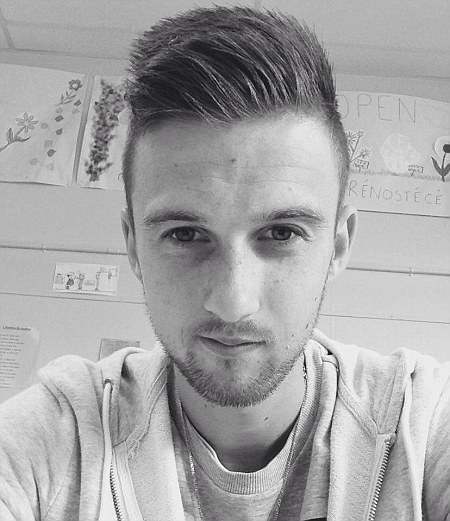 Murdered: Police officer Lucile Garcia has been named as one of the two policewomen killed in Liege, Belgium today

Colleagues described her as a ‘fantastic woman’. She had been touched by tragedy ten years ago when a 21-year-old family member had lost his life in a road accident.

Belkacemi, a mother of 13-year-old twins, started her career with the police as an assistant agent but climbed the ranks of the police force after completing her exams.

The third victim was named as Cyril Vangriecken, 22, from Vottem, near Liège, who was killed in front of his mother.

Mr Vangriecken was sat in the passenger seat next to her in their Ford Fiesta, when he was shot at close range. Witnesses said she was sobbing and covered in her son’s blood after the attack.

His Facebook profile revealed him to be popular young man, who was passionate about the game, petanque, a form of boule.

Nevertheless, Belgium’s crisis center said the country’s terror threat alert would not be raised and remained at level 2 out of 4. It briefly stood at a maximum 4 shortly after the 2016 attacks.

Belgium’s King Philippe, Michel and the country’s justice and interior ministers traveled to Liege to confer with local officials.

It’s not the first time Liege has been hit by a violent attack. In December 2011, a man with a history of weapons and drug offenses hurled hand grenades into a square filled with Christmas shoppers then opened fire on those who tried to escape. Five people were killed, including the assailant.