A building site boss has relived the harrowing moment he watched two tradies brawl on a rooftop before one plummeted headfirst to the ground.

A shirtless 44-year-old man was caught on video as he plunged backwards almost 5m from the roof as he apparently tried to get away from a worker in a hi-vis top.

‘It was very bad,’ said John, the site supervisor at a nearby unrelated construction site. ‘There was blood coming from his mouth and he was unconscious.

‘He came to after a while but he was disorientated and didn’t know where he was or what had happened. He didn’t know why he had fallen. 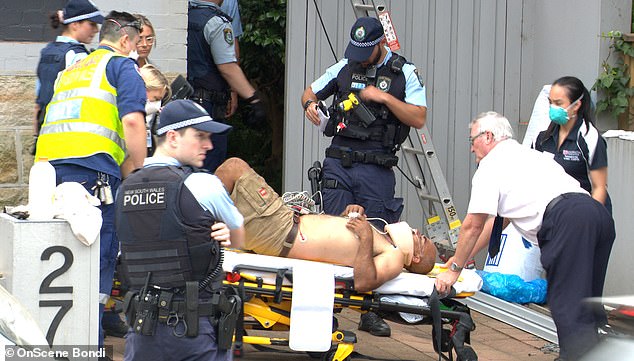 The incident happened on Wednesday at a home in Sydney’s ritzy eastern suburbs on upmarket Old South Head Road, close to the junction where beachside Bondi meets the mansions of Rose Bay and Bellevue Hill.

The fight broke out around midday on the first day of renovation work on the mid-century home’s roof, just hours after the three tradies began stripping off tiles.

But a furious row erupted between the workmates which attracted the attention of the nearby neighbours and construction workers on the busy street.

‘I heard screaming and a commotion going on so I came out to see what was happening,’ the nearby building site boss told Daily Mail Australia. 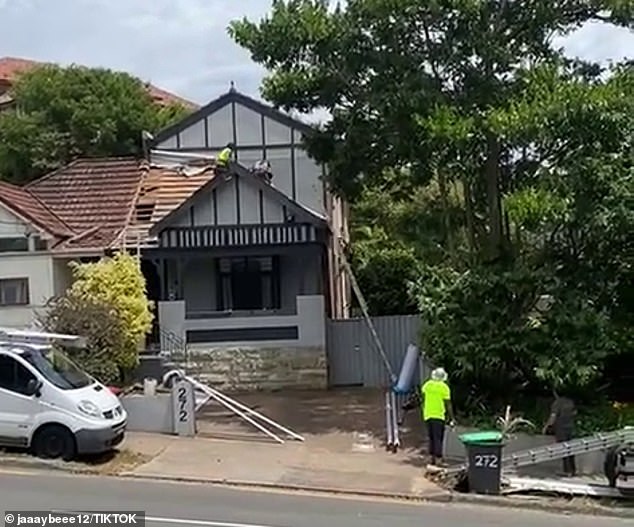 Dramatic footage has emerged of a tradie plummeting four metres from a roof, after an alleged brawl between three work mates came to a head on top of the house 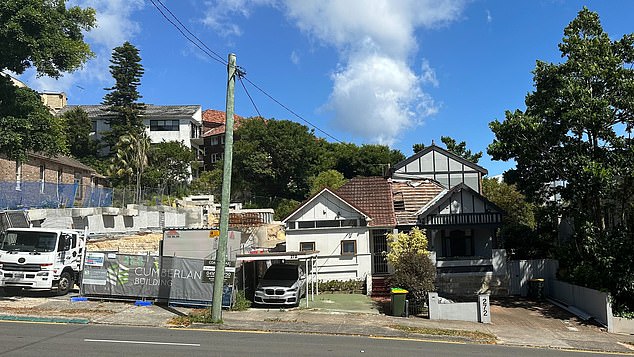 ‘I initially thought it was my workers screaming but they pointed at the site next door.

‘I couldn’t make out what there were shouting about but it went on for two or three minutes so I went round to see what was going on.

‘Just as I came round the corner, I saw the bloke fall backwards off the roof.’

He added: ‘I didn’t see any punching by the time I got there.

‘It looked like he tried to step back away from the other guy when I saw him – and he just took the wrong step and then fell.’

Paramedics recovered the man’s body from the lane down the side of the home and stretchered him into an ambulance where he was rushed to hospital in a stable condition with chest and shoulder injuries.

Two men aged 45 and 41 were arrested by police in the wake of the incident and taken to Waverley police station for questioning but have since been released pending further inquiries. 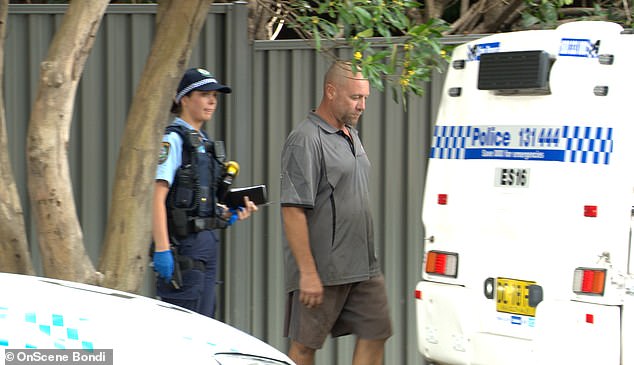 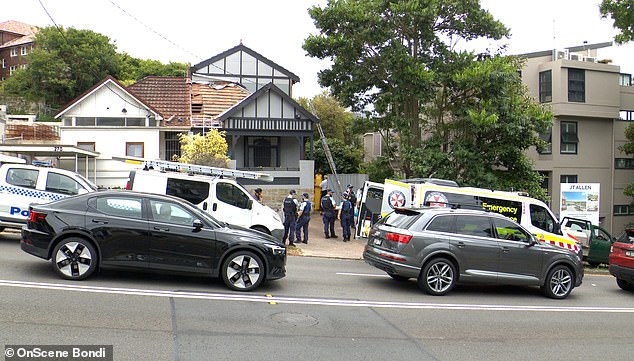 The worksite lay abandoned on Thursday with all work stopped on site and a gaping hole left in the roof where the tiles had been removed before the incident occurred.

‘I believe WorkCover will have shut the site down pending an investigation,’ added John.

A tiler’s ute, believed to belong to the injured man, is still parked on the nature strip next to the worksite.

The home on the 400sqm plot was being renovated after being in one family’s hands for more than 30 years. It last sold in 1991 for $66,500 but is worth millions today. 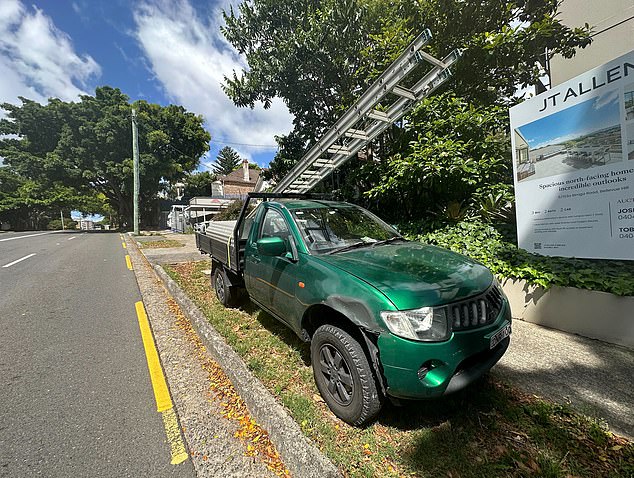 A ute, believed to belong to the injured man, is still parked on the nature strip next to the worksite 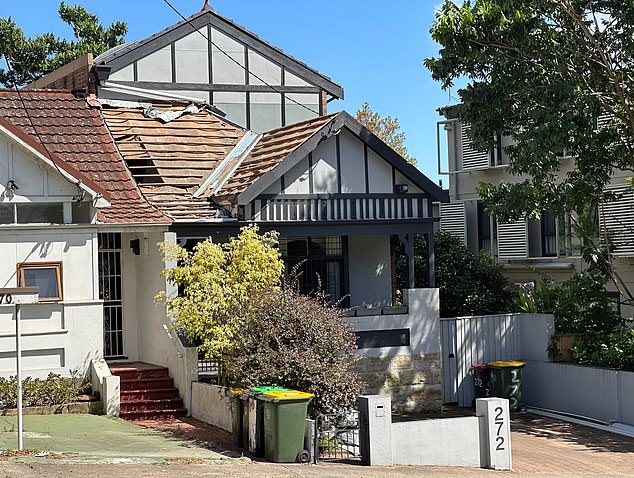 The owners did not respond to calls from Daily Mail Australia about the incident.