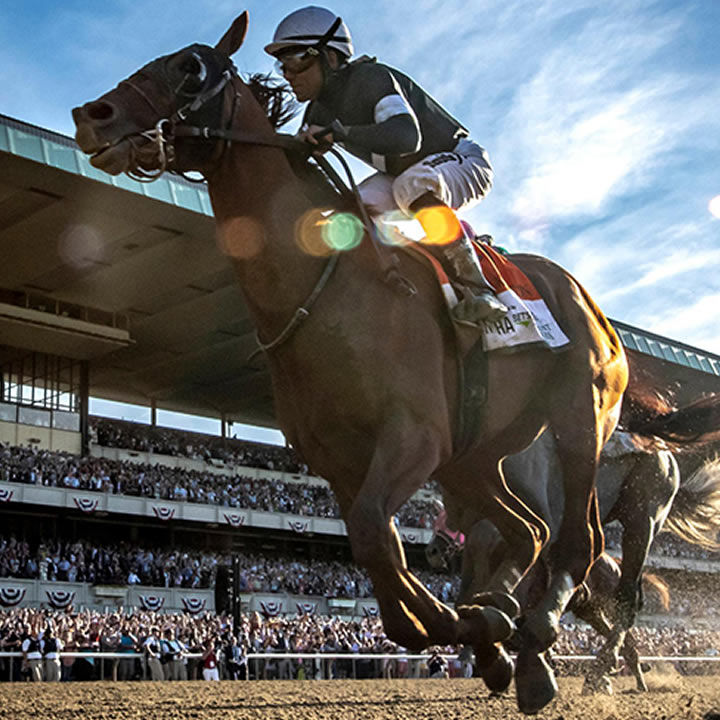 The final jewel of the Triple Crown series will soon begin as the Preakness Stakes ended last May 21, Saturday, at the Pimlico Race Course. The 147th Preakness Stakes concluded with Early Voting bagging the victory, beating Epicenter and Creative Minister, who came in third and fourth place, respectively.

The well-bred bay colt, who entered the race with odds of 5-1, displayed a powerful finish as he surged ahead in the final stretch with only a one ¼ length advantage over the Preakness favorite, Epicenter.

With the Belmont Stakes coming up, it is reported that the Preakness winner, Early Voting, will skip the final Triple Crown series, and the winner’s next race would likely be the Haskell Invitational set to take place on July 23.

Moreover, the trainer of the Derby runner-up and Preakness favorite, Steve Asmussen, indicated Epicenter would also skip the final jewel of the prestigious series.

With Early Voting missing out and Epicenter doubtful to join the 2022 Belmont stakes, this article will serve you the probable runners for the series’ longest race, which has come to be known as the “Test of the Champions.” Listed below are the eight probable contenders:

With an odds of 80-1, Rick Strike stunned everyone in the field as he captured the win in the first series of the Triple Crown race.

However, the Derby winner skipped the Preakness but shall instead run in the Belmont Stakes, forfeiting the opportunity to capture the Triple Crown. His trainer believed the colt required additional rest in preparation for the Belmont Stakes and further stated that although they hated the decision, it was for the best.

Mo Donegal concluded the Kentucky Derby on May 7 as the fifth-place finisher, and according to numerous bookies, this bay colt is the front-runner in this year’s Belmont Stakes.

However, despite his performance in the first series of the Triple Crown, the three-year-old colt was not put into the Preakness, and as a result, he has not run since the Derby.

At the Kentucky Derby, Barber Road came in sixth place despite having odds of 30-1 to win the race.

But, before that, this gray Kentucky-bred colt had rallied, coming in second in the Arkansas Derby, Southwest, and Smarty Jones and bagged third in the Rebel, all of which took place at Oaklawn Park.

Nest had been sent off as the 2-1 favorite for the Kentucky Oaks. However, despite mounting a strong comeback under the guidance of Irad Ortiz Jr., Secret Oath was victorious in the yearly stakes race for three-year-old Thoroughbred fillies.

She defeated the odds-on favorite, Nest, by a margin of two lengths.

According to the Daily Racing Form, this Kentucky Oaks runner-up is probable to return for this year’s stakes.

However, the final decision regarding whether Nest will compete against males depends on the outcome of the Preakness, which already has taken place, and Nest’s training leading up to the Triple Crown’s final series, as said by the filly’s trainer, Todd Pletcher.

Ethereal Road, the quality road colt whose late withdrawal from the May 7 Kentucky Derby opened the door for eventual victor Rich Strike at odds of 80-1, is probable to run for the Belmont Stakes. T

he withdrawal was made because Hall of Fame trainer D. Wayne Lukas wasn’t happy with the way his horse was training leading up to the race.

Despite the withdrawal, Ethereal Road dominated the 2022 Sir Barton Stakes, which took place at Pimlico, making him a probable contender for the Belmont Stakes.

Siena Farm’s We the People won a nine-furlong race at Belmont Park for sophomore Peter Pan.

We the People’s triumph in the Peter Pan, under the direction of Rodolphe Brisset, overcame the heartbreak of his seventh-place finish in the Arkansas Derby on April 2, which ended his Kentucky Derby Presented by Woodford Reserve aspirations.

Although Skippylongstocking was an inconsistent performer earlier in his career, this bay Kentucky-bred colt was able to conclude the second jewel of the Triple Crown series as a fifth-place finisher.

Early in March, he notched a decisive victory in a Gulfstream allowance race run over one mile and one eighth. After that, he came in as a third-placer in the Wood Memorial (G2) race held at Aqueduct, which was a career-best finish for him.

Listed above are the probable contenders for the 2022 Belmont Stakes. Thus, if you are to place your bets for the upcoming finale of the Triple Crown series, make sure to thoroughly review the previous performances of the following horses to ensure your win.