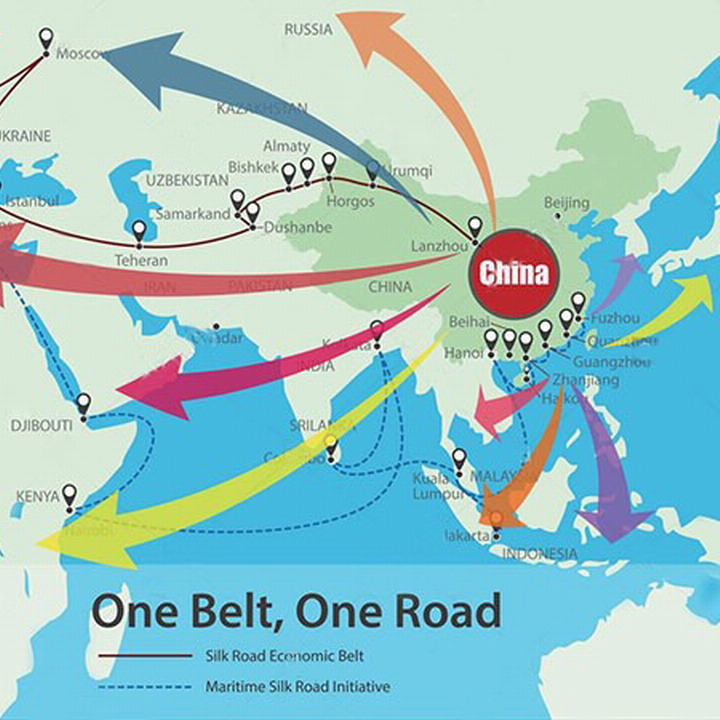 The Belt and Road Initiative (BRI) is a global development strategy proposed by the Chinese President Xi Jinping, which involves the development and investment of infrastructure by 152 countries and international organizations in Asia, Europe, Africa, the Middle East, and the Americas.

“One Belt” refers to road and rail transportation on land, called as the “Silk Road Economic Belt”; and “Road” refers to the sea route or the “21st Century Maritime Silk Road”.

The Belt and Road Initiative aims to borrow the historical symbols of the ancient Silk Road, hold high the banner of peaceful development, actively develop economic partnerships with countries along the route, and jointly build a community of interests,  destiny, and responsibility for political mutual trust, economic integration, and cultural inclusion.

The Belt and Road with Chinese characteristics is the effort for China to promote global trade and economic development. The core of the Belt and Road Initiative is the debt financing infrastructure development strategy, not the foreign aid program or just a trade route network. 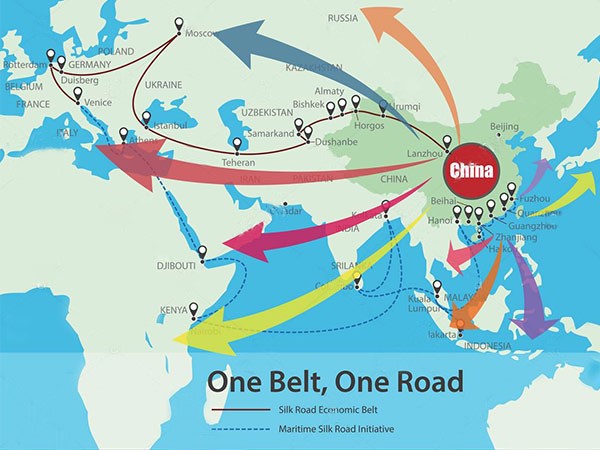 The 21st Century Maritime Silk Road is referred to as “One Road”. It is the economic cooperation between China and Southeast Asia, South Asia, Middle East, North Africa, and the European.

One Road” has two main directions. The first is to reach the Indian Ocean from China’s coastal ports and extend to Europe. The second is from the Chinese coastal port through the South China Sea to the South Pacific.

“ One Belt, One Road” routes and countries

The Belt and Road Initiative covers many countries and regions in the world. The following is a list of 64 countries: 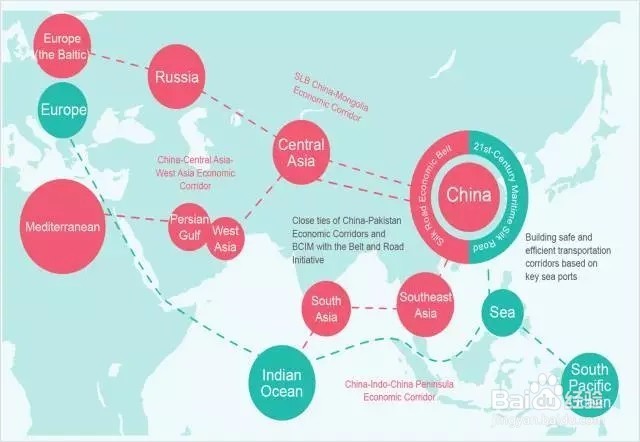 The effectiveness of “One Belt, One Road”

After the opening of the “Belt and Road” economic zone, the number of contracted projects exceeded 3,000. In 2015, Chinese companies made direct investments in 49 countries related to the “Belt and Road”, and investment increased by 18.2% than last year. In 2015, China’s service contracting contract for the “One Belt, One Road” related countries was US$17.83 billion, and the execution amount was US$12.15 billion, which increased by 42.6% and 23.45% respectively.

Kenya is the sole fulcrum of“Belt and Road” and the largest financial aid in Africa for building a new Silk Road. In May 2014, China and Kenya signed a cooperation agreement on the Mombasa-Nairobi Railway. It has been the first new railway built in Kenya in the past 100 years, which is the throat of the East African railway network. In addition, Chinese companies have cooperated with GE to increase its market strength.  For example, in 2015, China National Machinery Industry Corporation used 60 1.7 60-103 fans in the construction of the Kenya wind power project base.

On December 22, 2015, China Construction Co., Ltd. officially signed the EPC general contractor for the Karachi-Lahore Highway Project with the Pakistan National Highway Administration. The Karachi-Lahore Highway Project is the largest transportation infrastructure project in the China-Pakistan Economic Corridor. It has a total length of 1,152 kilometers and is designed as a two-way six-lane with a speed of 120 kilometers per hour.

On January 10, 2016, the main project of the Karot hydropower station built by China Three Gorges Company was launched on the Ji Lahm River in Pakistan, which is the first foreign investment project of the Silk Road Fund. The Chinese government has pledged to invest at least $35 billion in Pakistan by 2030 to build power plants. 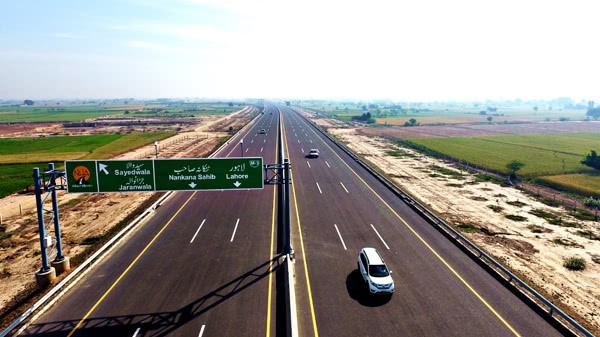 The Yawan Expressway will connect Indonesia’s capital Jakarta with its fourth largest city, Bandung. According to the joint report of the two countries, it is built with Chinese technology, Chinese standards and Chinese equipment, and is about 150 kilometers long and has a speed of 250-300 kilometers per hour.

After completing this high-speed railway, the time from Jakarta to Bandung will be reduced to approximately 40 minutes. 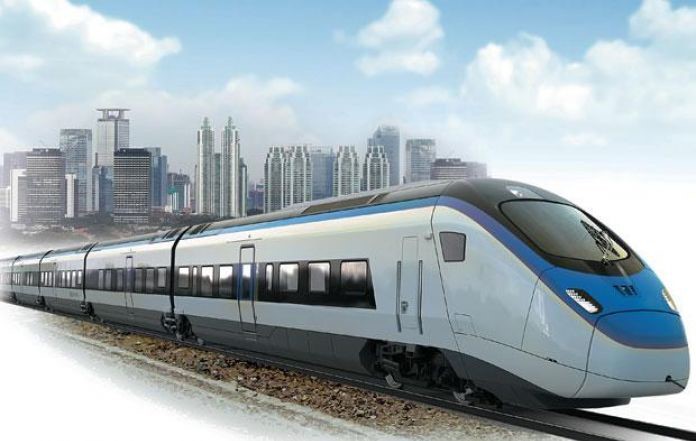 On February 6, 2016, the Iranian President attended the opening ceremony of the Tehran-Mashhad high-speed railway project. The project will be built by the Iranian infrastructure engineering group MAPNA and the Chinese company. 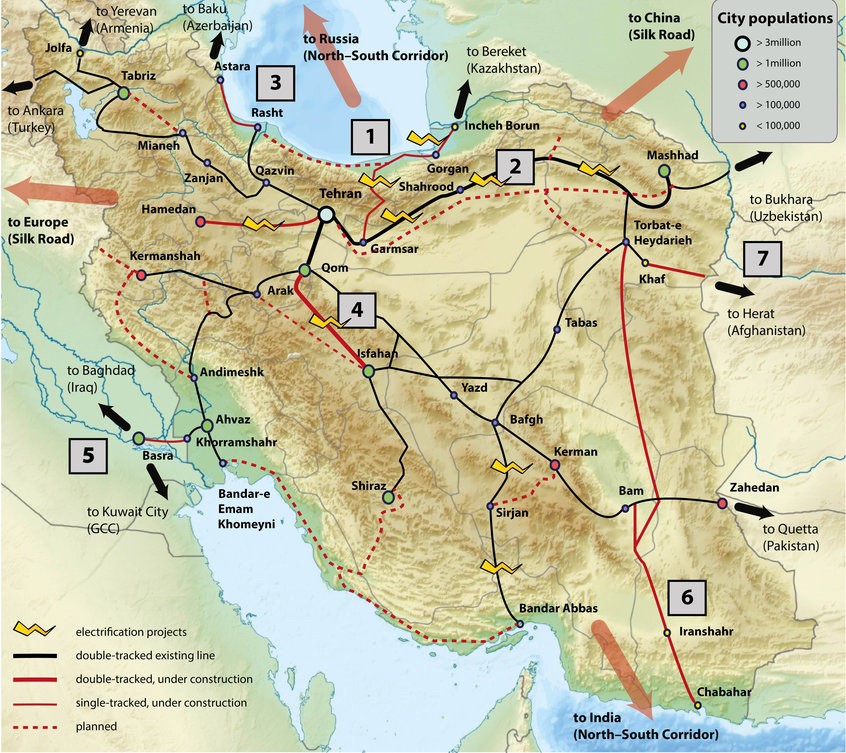 The second phase of the Sheila GanJie power station landed smoothly, and this project will alleviate the local power shortage in Bangladesh. 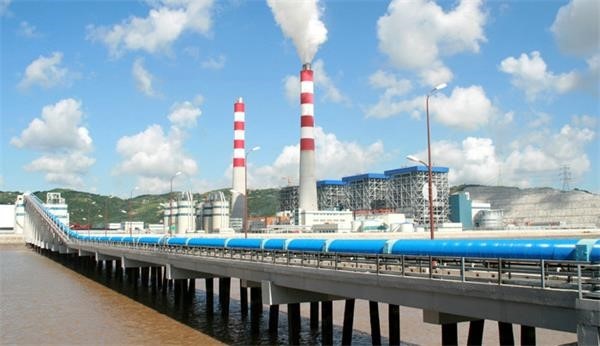 The attitudes of different countries to “Belt and Road”

At this time, the “Belt and Road” initiative has been proposed for nearly six years. During these six years, the attitude of the Western powers to this initiative has changed from the initial temptation and hesitation to the current integration and cooperation.

In March of this year, Italy, as the member of G7, firstly joined the “Belt and Road Initiative”, which triggers a shock in Western society. The Italian Deputy Minister of Economic Development, Michele Gerachi, wrote an article in the Financial Times to explain his views. In his view, joining in the “Belt and Road” is the success of Italy, Europe , and China. He pointed this is similar to the situation when Britain joined the AIIB. But later, many countries in Europe and other countries also followed. He also said that “As a major country, it is necessary to play its leading role”. 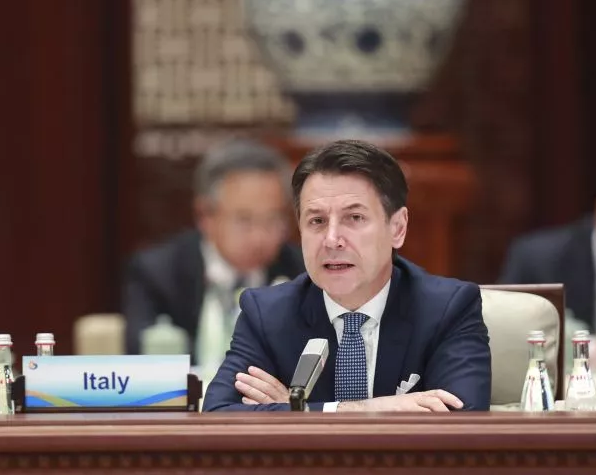 Former Austrian Prime Minister Wolfgang Schuessel hole same view. In October last year, Schuessel issued a paper in the Swiss New Zurich newspaper that the EU must participate in the “Belt and Road” with constructive ideas and large sums of money to actively influence and jointly shape the development and implementation of these concepts.

Schuessel said that experts from the Vienna Institute for International Economics have developed a “European Silk Road” plan to link the industrial centers of Western Europe with the vast but underdeveloped areas of the east.

This program can be closely integrated with China’s “Belt and Road” initiative without any problems.

“We think it is right! ”Swiss Federal President Maurer said decisively and simply when in response to media questions about why Switzerland wants to join the “Belt and Road” circle?

On the 25th, Maurer announced at a press conference in Beijing that Switzer is about to sign a “One Belt and One Road Memorandum of Understanding” with China, of which the most important content is to jointly formulate rules for cooperation between the two countries in the third-party market. 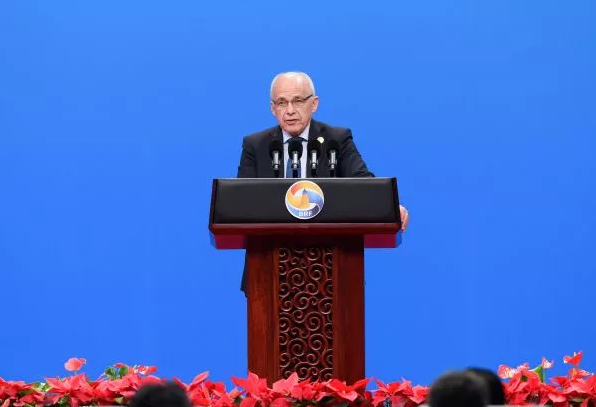 Compared with the European countries that are striding toward the “Belt and Road”, the US “hardcore allies” such as the United Kingdom and Australia seem to be hesitating.

A report from the Australian Loy Interpreter website pointed out that the views that threaten the “Belt and Road” are absurd. In fact, many countries around Australia have begun to explore the possibility of cooperation based on the “Belt and Road Initiative”. The report said that the “Belt and Road” initiative will move forward whether Australia join it or not. Australia is also faced with opportunities and risks. If participating early, it can control the way. If late, it can only participate in a game where rules are set by others. 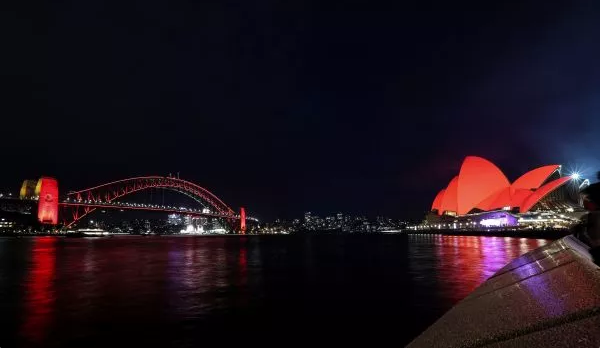 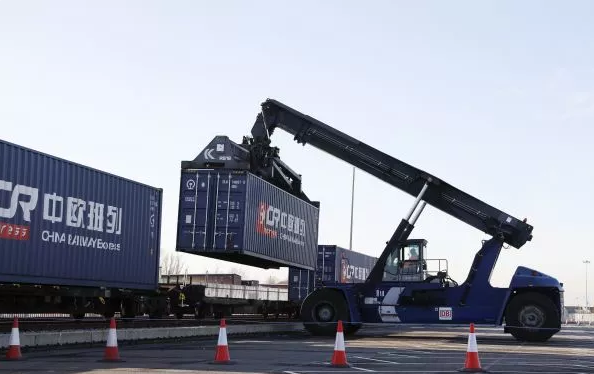 When other countries scrambled to take the “One Belt, One Road” development express train, the United States began to reflect on its prejudice against China. The Brookings Institution’s website published on April 19th that the United States said that the “Belt and Road Initiative” is a risk to recipient countries and damages US strategic interests abroad. But many American partners refuse to accept this interpretation, they are moving forward with Beijing.

Why is this? The January issue of the US “Diplomatic” bimonthly website quoted experts as saying that some negative reports on the “Belt and Road” in the United States have been exaggerated and that China will follow its basic vision and goals in advancing the “Belt and Road Initiative” initiative. Make adjustments and corrections. 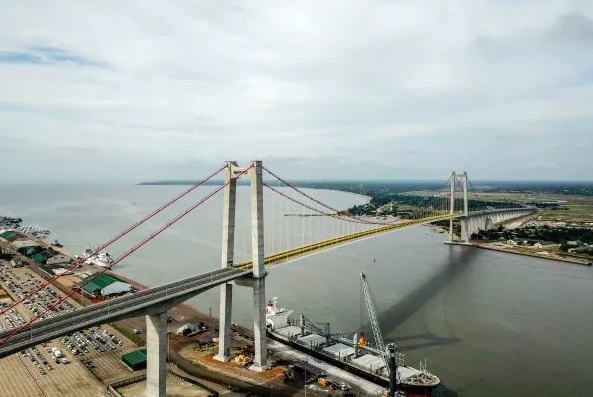 The “Belt and Road Initiative” has great potential for China and participating countries. It can fill the huge infrastructure gaps that have long existed in partner countries, improve their growth prospects, strengthen supply chains and trade, and increase employment.

The strategic goal of the “Belt and Road” is to establish a community of interests, destiny, and responsibility for political mutual trust, economic integration, and cultural inclusion. In other words, China is pushing the countries of the world, including Eurasia, to build a mutually beneficial interest, destiny and responsibility community. Its subtext is that everyone cooperates, plays, and lives well. This attitude of China was fully demonstrated at the AsiaInfo Summit in May 2014. China has clearly stated that it will promote the establishment of “Asian Asia” during the period from 2014 to 2016, when China is the presidency of AsiaInfo, and turn the AsiaInfo platform into a general platform for solving Asian security problems.