Housing and Urban Development Secretary Ben Carson defended himself against accusations he was transphobic after reports surfaced of comments he made during a meeting earlier this week.

Carson slammed ‘blatant mischaracterizations’ of his remarks in which he expressed concern about ‘big, hairy men’ looking to use women’s bathrooms.

While Carson acknowledged making the remark, he said it was taken out of context.

‘During a recent meeting with local staff in San Francisco, I made reference to the fact that I had heard from many women’s groups about the difficulty they were having with women’s shelters because sometimes men would claim to be women,’ Carson wrote in an internal email obtained by POLITICO.

‘This made many of the women feel unsafe, and one of the groups described a situation to me in which ‘big hairy men’ would come in and have to be accepted into the women’s shelter even though it made the women in the facility very uncomfortable.

‘My point was that we have to permit policies that take into consideration the rights of everybody, including those women.’

The Trump administration has rolled back protections for LGBTQ Americans.

Housing and Urban Development Secretary Ben Carson acknowledged making remarks about ‘big, hairy men’ trying to infiltrate women’s homeless shelters, though he says they were taken out of context 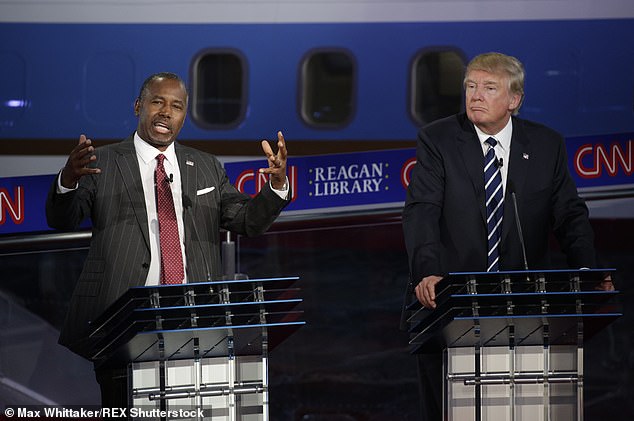 Last month, the administration filed an amicus brief with the Supreme Court urging it to legalize firing someone because of their sexual orientation.

Promoting the rights of transgender Americans in public spaces has been largely opposed by conservatives.

‘Our society is in danger when we pick one issue (such as gender identity) and say it does not matter how it impacts others because this one issue should override every other common-sense consideration,’ Carson wrote Friday, adding, ‘we must always be vigilant not to override the common sense of our fellow Americans.’

The remarks were confirmed by three different sources present during Carson’s visit to the San Francisco HUD office on Tuesday, with each telling The Washington Post they interpreted the message to be an attack on transgender women.

Carson also apparently blasted that society seems to no longer be able to differentiate between men and women, two staffers said. 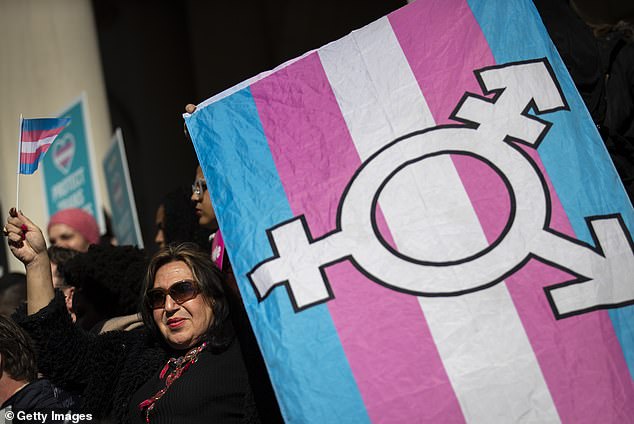 The remarks purportedly stunned and upset many of the 50 HUD workers during the meeting, causing one woman to walk out in protest.

One staffer who took notes during the meeting recalled Carson as saying, ‘Transgender people should get the same rights as everyone else, but they don’t get to change things for everybody else.’

He reportedly followed the comment by saying that shelter operators and women’s groups informed him that homeless women would be traumatized if ‘big, hairy men’ enter shelters identifying themselves as women.

He then apparently added that he believes single-sex shelters should be able to turn away transgender people.

‘That was the first time any of us heard him use such derogatory language,’ one staff member told the newspaper. ‘He’s more tactful when he’s talking before Congress, whereas this sounded like a slur to me.’

One woman is said to have drawn a rapturous applause from her colleagues when she stood up to rebut Carson’s outbursts.

‘It was pretty demoralizing and mortifying for many of us who work here and are about serving everybody,’ a staffer said to the Post.

‘A lot of us have questioned the department’s rationale on its proposal to strip away the equal access rule. For him to come to San Francisco and say this, it was unbelievable. People were just shell-shocked. The woman asked him to reconsider his comments, for which he thanked her, and then moved on.’

The former neurosurgeon has a well-documented public history of making dismissive or offensive remarks about the transgender community.

While running for president in 2015 he referred to transgender people as ‘abnormal’ and said they have no place in the military.

During his time as HUD Secretary, Carson relinquished protections put in place by the Obama administration for transgender people, lamenting he believes in equal rights, not ‘special rights’.

In May, Carson’s department introduced a proposal that would allow homeless shelters funded by the government to deny admission to certain individuals on religious grounds or force transgender women to share bathrooms and bedrooms with men. 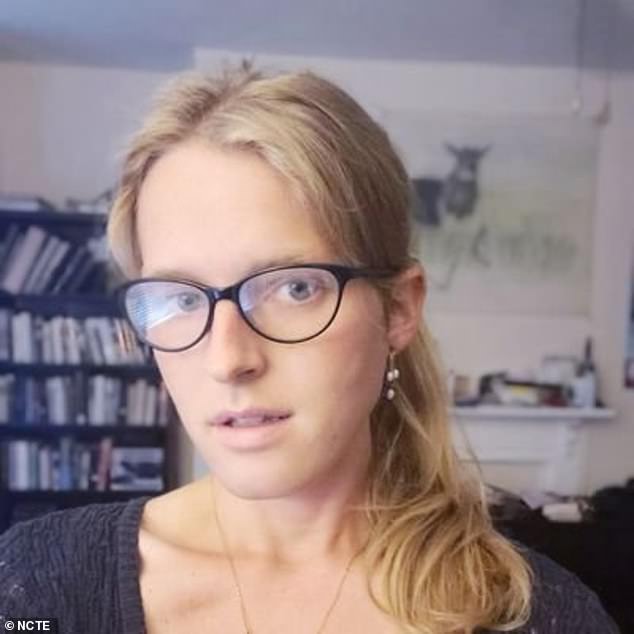 Publicly, Carson said he had no plans to eliminate the 2012 Equal Access Rule, which prevents such measures, and even has frequently stated during Congressional hearings that he has a responsibility to ‘make sure everyone is treated fairly’.

But out of public view and during internal meetings, government officials say Carson has repeatedly mocked the transgender community.

‘His overall tone is dismissive and joking about these people,’ an official speaking out on the grounds of anonymity told the Post. ‘It’s disrespectful of the people we are trying to serve.’

DailyMail.com has reached out to the HUD for comment, but has not heard back at the time of publication.

In a statement to the Post, one HUD official who wasn’t at the meeting denied the claims, insisting, ‘The Secretary does not use derogatory language to refer to transgendered individuals. Any reporting to the contrary is false.’

Speaking anonymously, the source said he believed Carson was referring to men who pretend to be women to gain access to battered women’s shelters, rather than targeting transgender women. 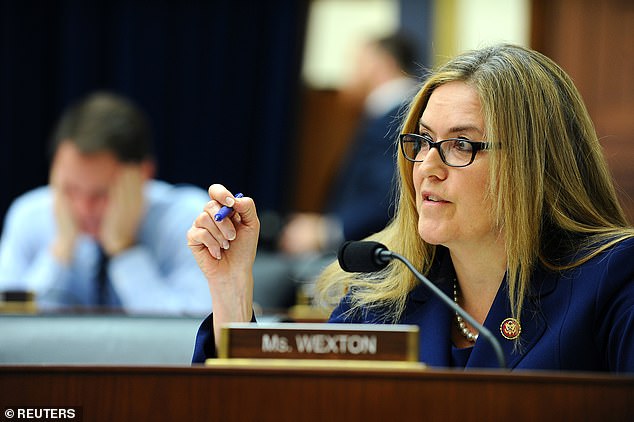 ‘It’s frankly despicable that such a harmful notion would be used by someone charged with facilitating programs meant to help people in need, many of whom are transgender,’ Branstetter added.

‘These comments only affirm that his recent efforts to erase the Equal Access Rule are rooted in ignorance, not sound policy. By allowing shelters to discriminate against transgender Americans, the Secretary is putting lives in danger.’