Ben Needham’s mother has spoken of her frustration after more funding was given to the search for Madeleine McCann, while she is left with the reality her son is probably dead.

Little Ben disappeared while he was staying with family on the Greek island of Kos on July 24 1991. He was just 21-months-old.

The youngster had been left in the care of his grandparents, who lived on the island, while his mother Kerry went to work at a nearby hotel.

He disappeared that afternoon and has never been since, with police probing whether he was kidnapped or died in a tragic accident involving a digger.

Kerry Needham, 43, burst into tears on TV today after Scotland Yard got the green light to continue the 11-year-old search for missing toddler Madeleine McCann this week.

Appearing on ITV’s Loose Women, she said the extraordinary money and resources put into the search for Maddie ‘hurts her’, as she struggles on as a single parent. 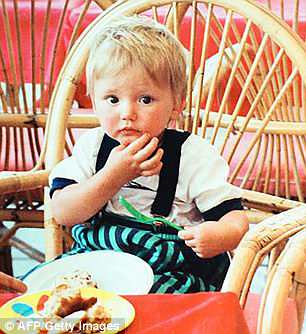 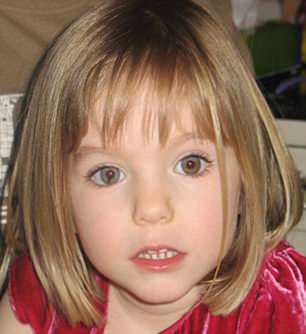 Little Ben (pictured left)  disappeared while he was staying with family on the Greek island of Kos on July 24 1991. He was just 21-months-old. Madeleine McCann (right) went missing from her parents hotel room in Portugal on May 3 2007

Maddie went missing on May 3 2007 from her parents’ hotel room in the Algarve, Portugal.

Thousands of pounds have been pumped into the investigation into her disappearance and the Metropolitan Police are still pursuing their inquiries.

The Home Office revealed this week it had allocated further funds to Operation Grange – the Met’s investigation into her disappearance.

Ms Needham told audiences: ‘It hurts us, as Ben’s mum. ‘I’m not taking anything away from them. We haven’t had a fraction of that help.

‘I’ve had to fight for that help alone as a single mum. I’ll still keep going, doing the interviews, as Ben’s name still needs to be out there. ‘

She continued: ‘In our minds it’s very difficult to accept that he has died because we have no concrete proof. 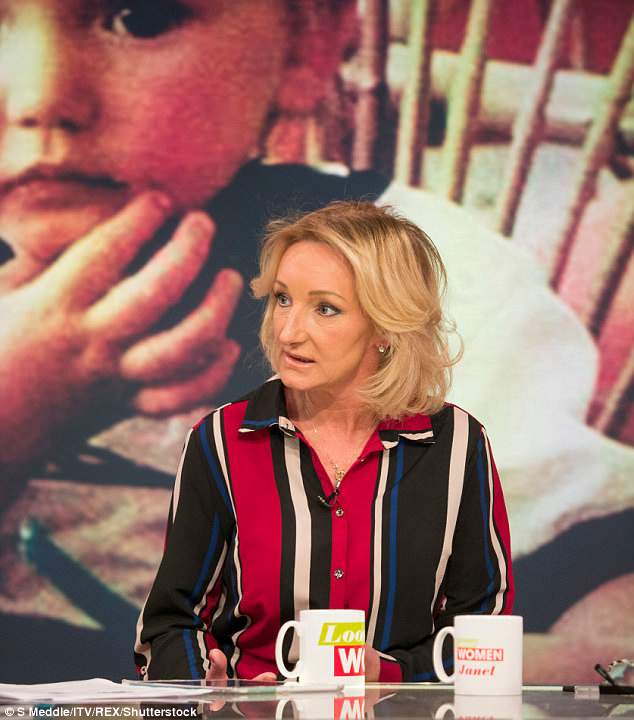 Ms Needham told audiences: ‘It hurts us, as Ben’s mum. ‘I’m not taking anything away from them. We haven’t had a fraction of that help’

‘In the back of our minds we know that he has died but we will never be able to move on from that, he will always be a missing person.’

Police now believe Ben was crushed to death by digger driver Konstantinos ‘Dino’ Barkasin in a tragic accident close to the farmhouse where he was last seen and where a sandal believed to belong to the toddler was found in 2012.

Ms Needham added: ‘They believe that Ben died on the day he disappeared and his body was moved from the area.

‘South Yorkshire Police do believe that, and I believe them. If they do, then I have to.’

She also revealed she still gets messages from well wishers 17 years after her Ben disappeared and begged her mother not to blame herself.

‘People send their Facebook pictures saying that they think they are Ben,’ she said. 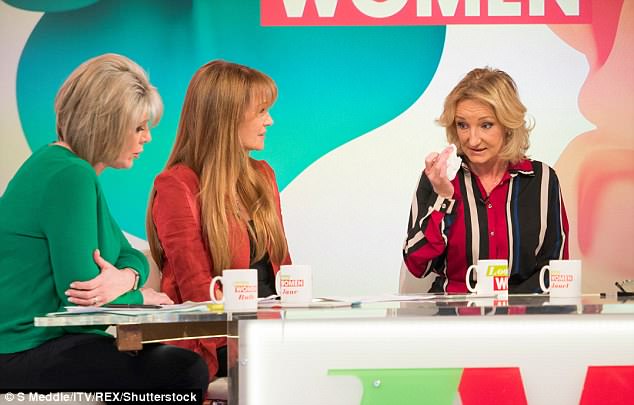 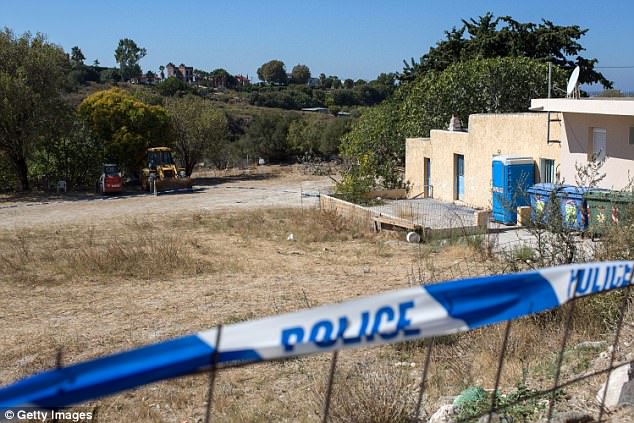 His mother Kerry Needham, 43, burst into tears on TV today after Scotland Yard got the green light to continue the 11-year-old search for missing toddler Madeleine McCann, while she struggles on as a single parent. Pictured: The site of Ben’s disappearance

‘I don’t have personal contact with these people, my friends do that side of things for me.’

She added: ‘I want my Mum to know that it’s not her fault and I don’t’ blame her. Ben was with my mum that day. They lived through the hope of bringing him back to me.

‘I’ve not had counselling as I’m not ready. I don’t think I’m strong enough to release all that emotion.

‘I’d rather keep the anger and the fight in me than talk about it too much.’

Recently the family’s spirits were lifted by the birth of Ben’s sister’s second daughter, Aurora.

His 24-year-old sibling, Leighanna Needham, told of her ‘pure joy’ after giving birth to her second little girl, named after a Disney princess in Sleeping Beauty.

Leighanna, of Sheffield, who is also mother to four-year-old Hermione, told the Mirror earlier this month: ‘I have two princesses now and Hermione adores her.’

Her mother Kerry added: ‘We have something to make us smile again.

‘We are totally delighted with the birth of the new addition to our family.’ The toddler disappeared that afternoon and has never been since, with police probing whether he was kidnapped or died in a tragic accident involving a digger (investigation pictured)

What happened to Ben Needham?

Here is a timeline of events charting the disappearance of Sheffield toddler Ben Needham on the Greek island of Kos 26 years ago.

July 24 1991: Ben Needham vanishes while playing near the grounds of a farmhouse in the Iraklis region of Kos, which his family are renovating.

His mother, Kerry Needham, and grandparents raise the alarm with local police and conduct a full search of the area.

July 26 1991: Eyewitness reports claim a boy matching Ben’s description was found at the local airport on the day he disappeared. That boy has never been traced.

September 1991: The Needham family return to England due to illness but vow to continue the search.

2004: An anonymous businessman offers a reward of £500,000 for information leading to Ben’s safe return.

October 2010: Another public appeal is made by Ben’s mother in the run-up to what would be his 21st birthday.

May 2011: The BBC airs a programme called Missing 2011, which includes a piece on Ben’s story and the campaign to find him.

September 2011: Greek police on Kos officially re-open the case and grant the family a face-to-face meeting with the island’s prosecutor.

October 2012: South Yorkshire Police in Kos begin digging up mounds around the property where Ben went missing to look for his remains.

December 2013: Ben’s mother accuses then-Prime Minister David Cameron of not giving her case the same backing as he gave the parents of Madeline McCann. It comes as a dossier is produced containing reports from eight witnesses, none of who know each other, who all saw a boy possibly matching Ben’s description with the same Greek family.

December 2014: Lawyers representing Ben’s family say they may take legal action to try to force the Government to make a decision about funding a new police investigation.

January 2015: The Home Office agrees to fund a team of British detectives to help search for the toddler.

March/April 2015: Three generations of Ben Needham’s family travel to Greece to follow up a ‘strong’ lead that a man living there believes he may be the missing Brit due to having no photographs of himself under the age of two and no knowledge of where he was born. The man is later ruled out.

May 2015: Ben’s family make a fresh appeal on Greek television for information regarding the disappearance.

May 2016: The Sun newspaper publishes a report that members of the police operation go on an ‘eight-hour booze-up’ in Kos during the latest stage of the investigation.

September 2016: Ben’s family are told to ‘prepare for the worst’ by detectives leading the investigation, amid the belief the 21-month-old was crushed to death by a digger – the driver of which died in 2015.

It comes as police arrive in Kos to begin excavation work in the belief the boy’s remains may be buried near the farmhouse.

July 2017: Chemical traces found on the sandal and car indicate the presence of a decomposing human body.

Samples are sent for DNA analysis to see if the blood can be matched to Ben.