Ben Stokes’ farewell to one-day international cricket was a damp squib as he fell for five runs and England’s white-ball malaise continued in a 62-run defeat by South Africa.

The 31-year-old announced on Monday that he would be quitting the 50-over format after last night’s match and ended it in disappointing fashion with both bat and ball, going for 44 runs in five wicketless overs.

In sweltering conditions, Rassie van der Dussen’s 134 and 77 from Aiden Markram put South Africa in control as they set England a mammoth 334. Stokes fell cheaply in reply, out lbw while reverse-sweeping Markram.

But he walked off to a standing ovation in front of his home crowd at Chester-le-Street. England came up well short of their target as they fell to a fifth defeat in seven white-ball matches this summer.

Stokes had earlier revealed he has set his sights on playing 150 Tests after his ODI retirement, aiming to emulate his England team-mates Jimmy Anderson, who has 172 Test caps, and Stuart Broad, on 156.

‘Being the captain of the Test team, with so much cricket coming up, I have to look after my body because I want to play as long as I possibly can,’ Stokes, who has played 83 Tests, told Sportsmail’s Nasser Hussain on Sky before play on Tuesday. 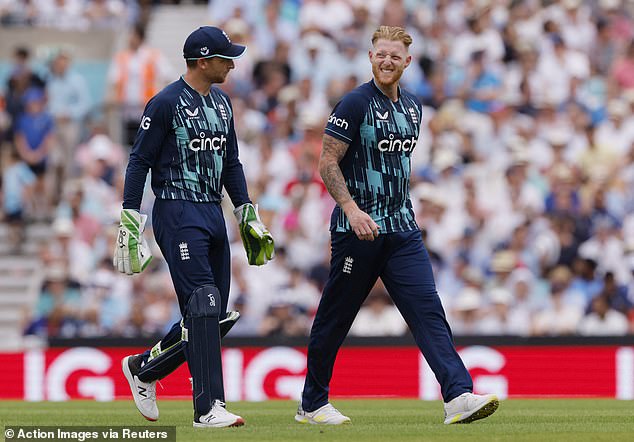 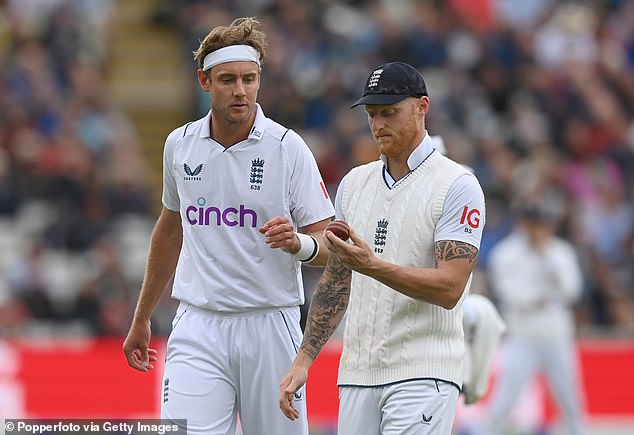 ‘I want to play 140-150 Tests for England. It’s come a lot earlier than I would have liked at 31 years old, giving one of the formats up. But in T20 I can bowl two to three overs here and there. Longevity, I have thought about.

‘Hopefully when I’m 35-36 still playing Test cricket I can look back on this decision and say I’m very happy with it.

‘I always want to contribute to the team, be on it 100 per cent of the time. We are not cars you can fill up with petrol and let go. It has an effect on you, the playing, the travel, it does add up. 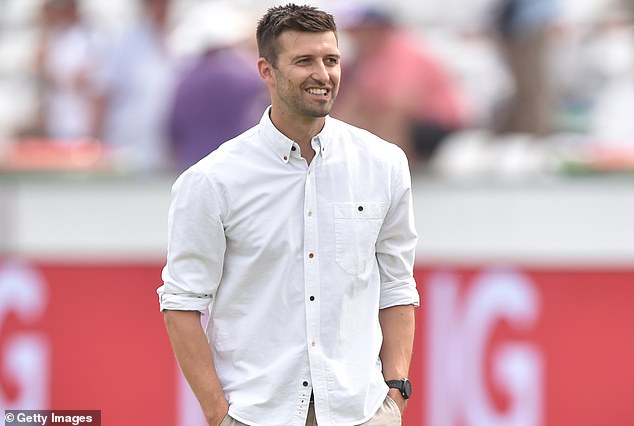 ‘The schedule at the moment is jam-packed and it’s asking a lot of the players to keep putting in 100 per cent of effort every time they walk on to the field.’

Stokes said that he told captain Jos Buttler of his decision to step down from 50-over duty after the 10-wicket defeat by India at the Oval last week. But the Durham star was granted a request to play one final ODI ‘where it all started for me,’ and led the team out at the Riverside.

Meanwhile, Mark Wood faces more surgery as he bids to keep his Twenty20 World Cup hopes alive. Wood has already had one operation on a stress fracture of his right elbow this summer but requires another following an adverse reaction at the end of a comeback appearance for club team Ashington on Saturday.