BEN WILKINSON: Why is calling HMRC so taxing?

At around one hour and six minutes into my call with HMRC, I reached breaking point.

I was tired of holding a phone up to my ear, sick to death of the repetitive music, and I just wanted to hang up.

But after spending so long trying to resolve my problem, surely I wouldn’t have to wait too much longer to get an answer to my simple question?

How naive I was. For it took me a total of one hour and 44 minutes to realise that I shouldn’t even have bothered making the call.

The taxman received more than 33 million calls in 2020/21 – eight million fewer than the year before. But callers spent nearly twice as a long waiting

HMRC’s annual report published this month reveals I am not alone in my frustration. In all, the taxman received more than 33 million calls in the 2020/21 financial year — eight million fewer than the year before.

Yet the average caller spent 12 minutes four seconds waiting to speak to the taxman — nearly twice as a long as the previous 12 months.

Four years ago, only 15 per cent of callers had to wait more than ten minutes.

Last year, nearly half of callers were waiting longer than ten minutes. And more than a third of letters were not replied to within 15 days.

I would have been overjoyed to have had my call answered in 12 minutes. 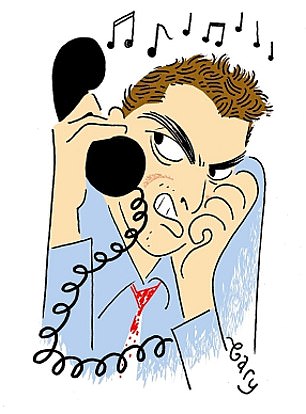 Demand: Money Mail writer Ben was told he owed over £900 from a previous tax year

Days before the ill-fated call, I’d received an alarming letter that informed me (albeit in a roundabout way) that I owed more than £900 ‘from a previous tax year’.

As a result, my tax code would be adjusted — forcing me to repay the debt by hiking the tax on my monthly income until April.

Now, I complete self-assessments every year to repay child benefit, so I had good reason to suspect this couldn’t be right.

I’ve also already completed my 20/21 return, which showed I was actually owed £40.

Nevertheless, I diligently tried to find an answer online first via my personal tax account.

But the taxman’s website was equally as baffling as the letter I’d received. Reluctantly, I dialled the telephone number on my letter on Monday morning.

I spent 25 minutes on hold. During this period, I was made to listen to regular reminders that I would be waiting longer ‘due to coronavirus’.

I was also told that I might be able to find answers online — as though I hadn’t already thought of that!

HMRC’s report shows it is clearly proud of its drive towards digital customer service. Millions of queries have been dealt with by online chat services and satisfaction from digital customers hit an all-time high of 88.5 per cent last August.

But, of course, the internet does not have all the answers. When I finally got through to a real-life human on the telephone, I explained my query and was quickly told she was ‘not trained’ to deal with matters involving self-assessment or child benefit.

She said I’d be waiting a while to speak to someone in self-assessment, so recommended I tried the child benefit team first. 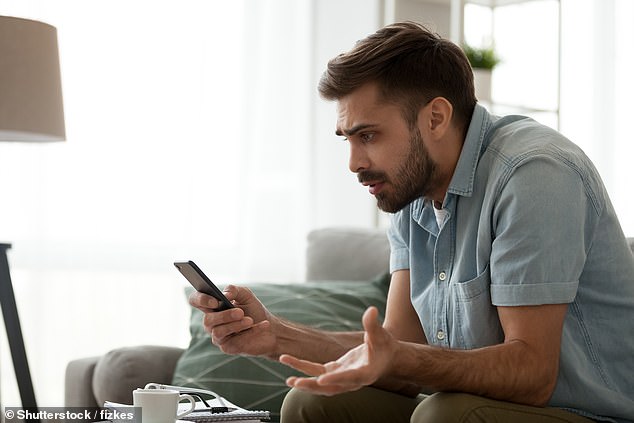 Human touch: HMRC’s report shows it is clearly proud of its drive towards digital customer service. But sometimes you just need a person to help you (picture posed by model)

After waiting a few more minutes, the lady in the child benefit team was a little baffled as to why I had been put through.

While polite enough, all she could tell me was how the high income child benefit charge worked — something I’m more than familiar with.

So, I was back on hold again — this time waiting to speak to the in-demand self-assessment department. This was the longest wait of them all. But I held on in the hope that my call might be answered at any time.

Rather unhelpfully, there was nothing to tell me how long I could be waiting for or how many others were in the queue. Just the same music on repeat.

HMRC’s latest report shows callers hoping to speak to self-assessment are waiting an average of 17 minutes — up from eight minutes the year before.

Money Mail has also been told taxpayers registering for self-assessment are facing waits of up to a month to get started on their tax returns, due to a backlog of applications.

It took another 45 long minutes to finally speak to someone who, I had been assured, could help and I again explained my problem.

But the man at the other end told me only what I already knew. I repeated that I wanted to know how I’d come to owe this money.

Depressingly, and perhaps predictably, he said he would need to transfer me to someone who could explain it ‘a little bit better’.

After around another five minutes on hold, I finally spoke to the person whom I hoped would provide me with a definitive answer.

Except, of course, he couldn’t help me. He was apologetic and gave me the number for the self-assessment team that had just passed me over to him. 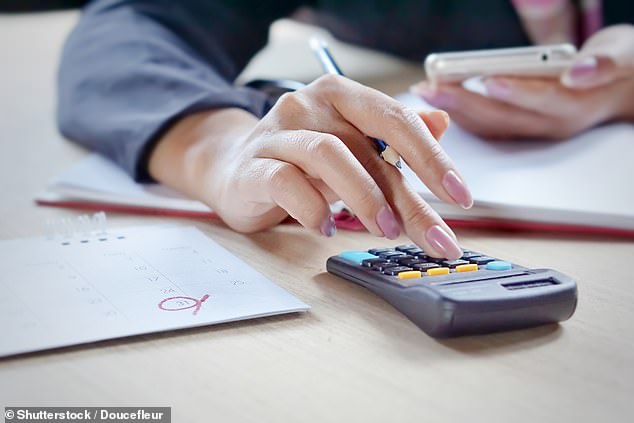 Delays: Taxpayers registering for self-assessment are facing waits of up to a month to get started on their tax returns as HMRC battles through a backlog of applications

I asked if this would involve waiting another 45 minutes. Yes it would, he said. By this point, I simply had better things to do.

After nearly an hour and 45 minutes of wasted time and taxpayer resources, I was still none the wiser. My letter will have been sent out at minuscule cost. But how much did the ensuing attempt to decipher it cost in man hours?

HMRC says it has made improvements in the financial year.

Angela MacDonald, deputy chief executive of HMRC, says: ‘We have seen improvements in our customer service in the first quarter of 2021-22 and we have reduced the average time taken to answer calls by more than four minutes.

‘Working from home is not a factor — HMRC colleagues have been working effectively for the past 18 months wherever they are, including the design, implementation and administration of the Covid financial support schemes, which have been our priority.

‘But I do understand the frustration and I am sorry we can’t get to everyone more quickly. I appeal for your patience and thank you for bearing with us.’

After I spoke to the press office, HMRC called me yesterday to explain what had gone wrong.

The good news was I did not owe more than £900. HMRC’s records simply hadn’t caught up with the repayments I had already made.

I still owe £200 or so, but this is much more manageable and won’t ruin my Christmas.