Cristiano Ronaldo was met by loud cheers as his face was shown on the big screen ahead of Portugal’s last-16 clash with Switzerland.

Despite being dropped, the rather sparse crowd inside the Lusail Stadium cheered for the forward as his face flashed up on screen.

Ronaldo himself, who last month saw his Manchester United contract torn up after a remarkable interview with Piers Morgan, did not appear unperturbed by his place among the substitutes as he appeared to break into a smile as the camera passed him.

His dropping to the bench comes after his latest outburst at being substituted, with Ronaldo reported to have muttered ‘you could not sub me quickly enough’ as he was withdrawn against South Korea last week before sitting down on the bench in a recalcitrant manner.

Santos, previously unconditionally loyal to the player, admitted that it was not something he liked seeing. 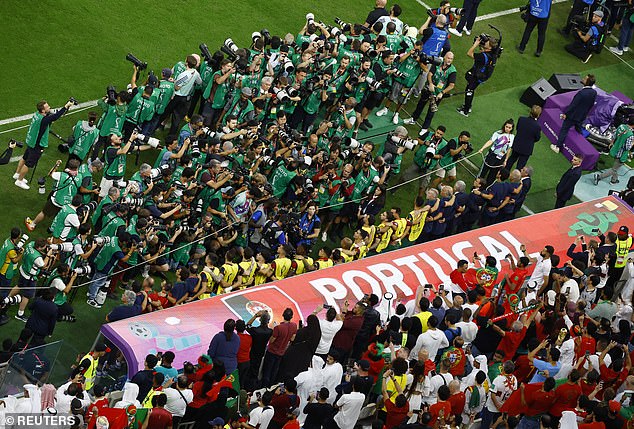 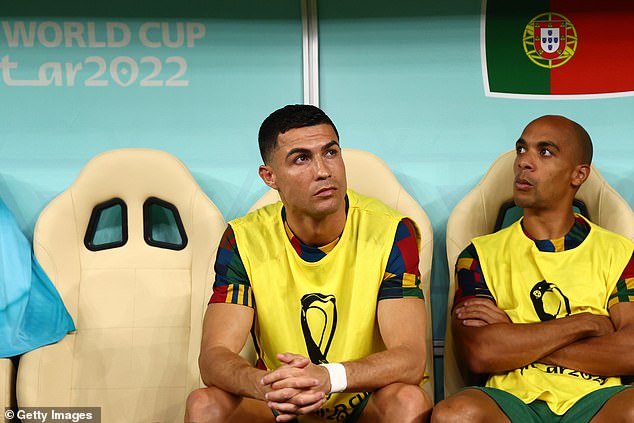 ‘Let’s split this answer in two,’ Santos said at his press briefing on Monday.

‘Right after the match, I spoke in the flash interview, and then went to the press conference, and there I said something I’ll repeat here: on the pitch, I didn’t hear anything.

‘I was too far [away], and this is why I only saw him arguing with a South Korean player, and nothing else.

‘From there, it’s things you sort out internally. It was sorted out this way, and now we think about the game tomorrow. Everyone is focused on the game.’ 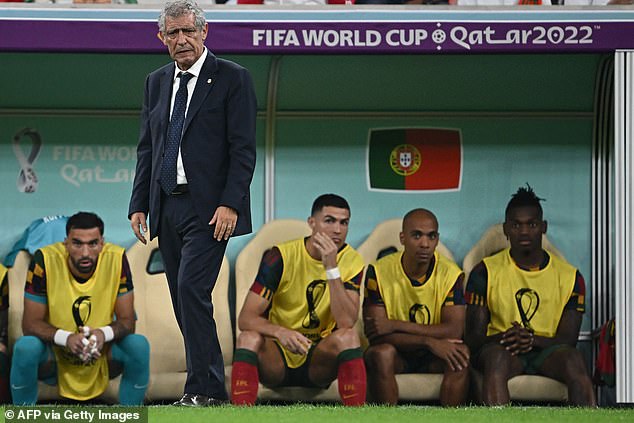 Readers of Portuguese newspaper A Bola voted overwhelmingly ‘No’ when asked last week if Ronaldo should start against Switzerland.

‘He had the opportunity to be the leader in this selection, but he is being an obstacle. He’s crumbling the image he’s built of himself. Lose him and lose the selection. This is no longer CR7, it’s CR37,’ one reader commented.

Another added: ‘What is the reason, why have you been a starter? He wasn’t a starter at the club, he’s not in shape, he says he wants to fight for titles, but every seven days he’s sick,’ one wrote.