A couple with a five-year-old daughter were reduced to tears after a benefits blunder left them with just 74p to live on for a week.

Melissa Whitchurch, 35, and her partner Chris Steer, 39, desperately searched their home looking for things to sell so that they could buy food for their child Cheyenne.

The couple from Brighton were expecting a Universal Credit payment of £330 to be paid into their bank account at midnight last Thursday and budgeted accordingly.

Melissa Whitchurch, 35, and her partner Chris Steer, 39, desperately searched their home looking for things to sell so that they could buy food for their five-year-old daughter Cheyenne 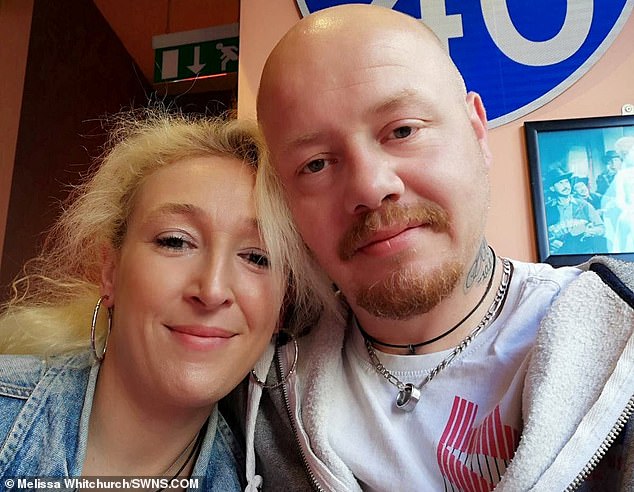 Miss Whitchurch was signed off work due to problems with her health 11 years ago, while Mr Steer was also signed off from his job as a chef just five months ago for mental health reasons

But when Miss Whitchurch went to draw out the money, she found her balance was just £0.74 and called the Department for Work and Pensions (DWP) hotline for help.

Miss Whitchurch claimed the officer said the payment was not due for another six days and also alleged that she was told it was ‘her problem’.

She said: ‘All that was going through my mind was ‘how am I going to feed my daughter and send her to school without her snacks?’

‘The children all put healthy food in a box at school in the morning, such as fruit and crackers, and then they sit down and eat it together during story time. 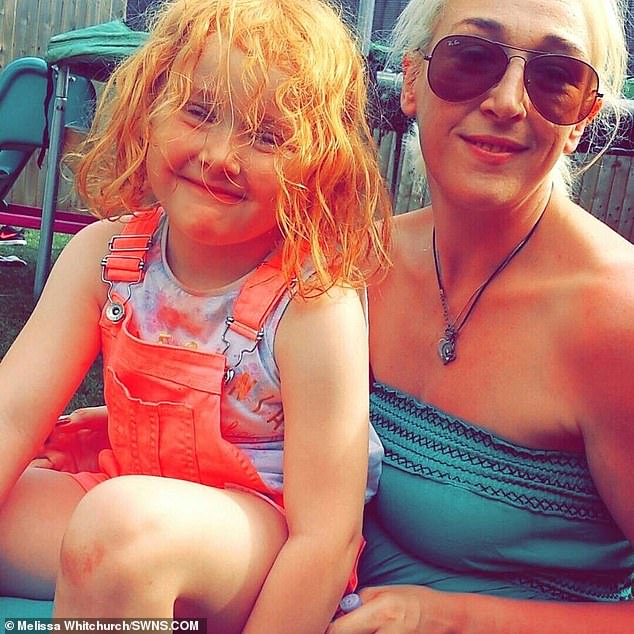 Miss Whitchurch said that when Cheyenne sees she is upset, she will tell her: ‘It’s OK, Mummy’

‘It breaks my heart to think of her feeling like the odd one out, sat there watching everybody else eat their fruit when she doesn’t have any.’ 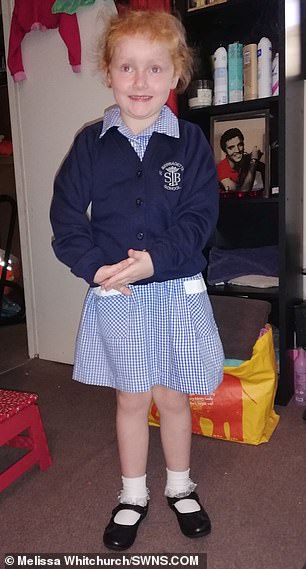 Miss Whitchurch had originally asked the DWP to change her payment schedule from monthly to fortnightly.

When the family received their last payment of £330, they were told the other half would arrive two weeks later – and used the money to pay bills and buy food to last a fortnight.

But when the second half did not arrive, she was told it would be made on the last day of the month – and was forced to wait six days with only 74p to her name.

She said: ‘Me and my partner can go without, but not our little girl. If we were told this in the first place, we would have budgeted for it.

‘It’s horrible. Cheyenne is really sweet about it and she doesn’t really understand, thank goodness. We try to keep her away from it.

‘But when she sees I’m upset, she will come over and cuddle me and say ‘it’s OK, Mummy’. It’s horrible and the people that are supposed to help just don’t care. They are heartless.’

The family have been surviving on food donations from strangers and neighbours who heard about their desperate situation. 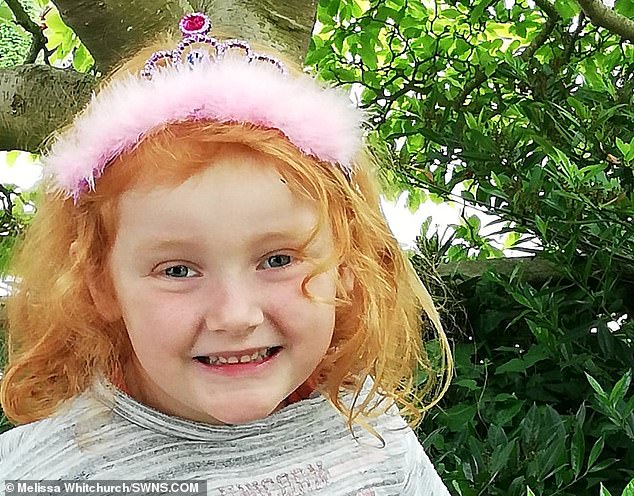 Miss Whitchurch said: ‘I could have gone to the food bank last week but since I thought I would be paid the next day, I didn’t and the next one isn’t for another week.

So we’ve been getting by thanks to the kindness of other people.

Why the family were left with 74p for a week

Melissa Whitchurch and Chris Steer had asked the Department for Work and Pensions to change their payment schedule from monthly to fortnightly.

The family received their last payment of £330, and were told the other half would arrive two weeks later.

But when the second half did not arrive, they was told it would be made on the last day of the month.

The couple were then forced to wait six days with only 74p to their name.

‘One lady heard about my situation and came and gave us some bread, milk, ham and cheese and I’d never even seen or spoken to her before.’

Miss Whitchurch said she would love nothing more than to return to work since she was signed off due to problems with her health 11 years ago.

But the former shop assistant has limited mobility and has aids to help her around the house due to her back pain and other health issues, for which she takes more than 40 tablets per day.

Mr Steer was also signed off from his job as a chef just five months ago for mental health reasons.

Universal Credit is a new benefits system, introduced to simplify and replace many existing benefits and tax credits and consists of a single, monthly benefit payment into a bank account.

A DWP spokesman told MailOnline: ‘The vast majority of claimants are paid in full and on time, and are comfortable managing their money. Advance payments and budgeting support is available for anyone who needs extra help.