Benefits cheat who pocketed £45,000 claiming she could barely walk faces jail after being caught on camera running and punching the air in triumph as she played bowls

A benefits cheat has been warned she faces jail after a secret camera filmed her playing bowls and punching the air in triumph.

Department of Work and Pensions investigators, acting on a tip-off, secretly filmed her playing crown green bowls without showing any sign of discomfort.

The tell-tale video, shot at the Amery Unionist Bowling Club in Coppice Lane, Willenhall, on September 3 2017, shows ‘badly disabled’ Peach jogging up and down steps and around the perimeter of the bowling green.

She’s also seen bending down to roll her bowl down the green carpet, gleefully punching the air in triumph.

Incredibly, she’s even seen skipping merrily across the bowling green with a tape measure to see how close her bowl got to the target.

Close to tears in the dock at Wolverhampton Crown Court, she pleaded guilty to fraudulently failing to disclose to the DWP that her capabilities had improved, with the intention of making a gain for herself.

Prosecutor Mr Jamie Scott said the benefit payments, which were not fraudulent to begin with, ran from March 9th 2011 to November 29th 2017.

The illegal payments involved nearly £45,000, said the DWP, but Peach’s defence team argued the sum could be less, claiming the fraud did not begin until July 23rd, 2012. 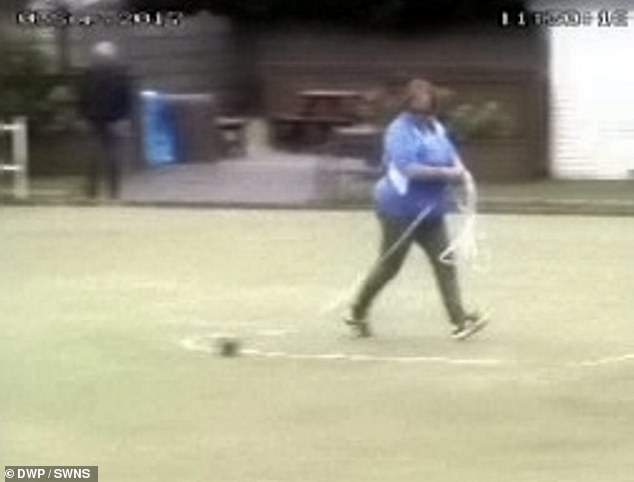 Peach practically skipped down the green with a tape measure to check her accuracy – despite telling the DWP that she never went out alone, that she needed help to cook and dress herself and had pain in her legs, knees and back 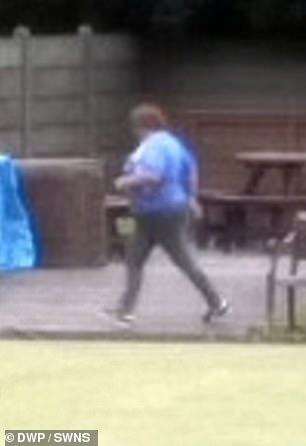 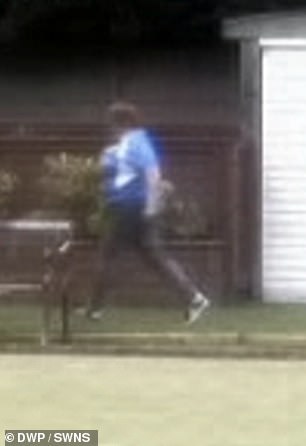 The camera caught Peach striding confidently across and around the greens despite her claim she needed crutches to move. the court heard she played bowls up to four days a week

Peach, of Lodge Street, Willenhall, who has no previous convictions, claimed that walking caused her severe pain.

She said she was ‘regularly forced to stop’ walking and needed two crutches because her legs gave way without warning.

Telling the DWP that she never went out alone, she said she needed help to cook and dress herself and had pain in her legs, knees and back.

But all the while she was playing bowls up to four days a week and represented teams in several local leagues in Wolverhampton and South Staffordshire.

Charles Crinion, defending, said Peach had suffered depression for several years and it had got worse recently.

She was remanded on bail for reports and will be sentenced in April.

Judge James Burbidge said she had ‘defrauded the public purse’ and she could be jailed.

Speaking after the case, the DWP said ‘Only a small minority of benefit claimants are dishonest, but cases like this show how we are catching those who cheat the system and divert taxpayers’ money from the people who need it.