He may be a rugby league star, but Benji Marshall was once branded overweight by his mentor.

The 33-year-old turned up for his first day of training with the Brisbane Broncos last year only to be told he was ‘too fat’ by coach Wayne Bennett.

Dropping the kilos: Rugby league star Benji Marshall has revealed the VERY unusual trick behind his 6kg weight loss after former coach Wayne Bennett said he was ‘too fat’

‘It’s funny, no-one had ever really told me that,’ Benji admitted. ‘I looked and myself in the mirror and I went home to (wife) Zoe and I said: ‘Am I fat?’

But Benji was motivated to start dropping the weight – and since then he’s lost 6kg.

‘I lost a bit of weight,’ the sportsman said. ‘I was 95kg at the (St. George Illawarra) Dragons and this year I’m playing at 89kg. It’s a fair decline.’ 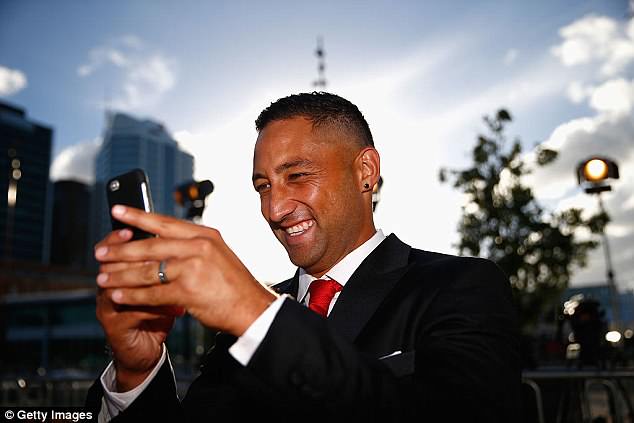 The father-of-one also revealed the unusual secrets behind his weight loss, which included a mixture of Chinese herbs, acupuncture and fasting.

Benji explained: ‘I started doing fasting and I saw this Chinese acupuncturist – who helped us with fertility as well.

‘He actually helped me get down (in weight) with a bit of fasting and Chinese herbs.’

During his pre-season training, Benji skipped breakfast and wouldn’t eat anything until 2pm. 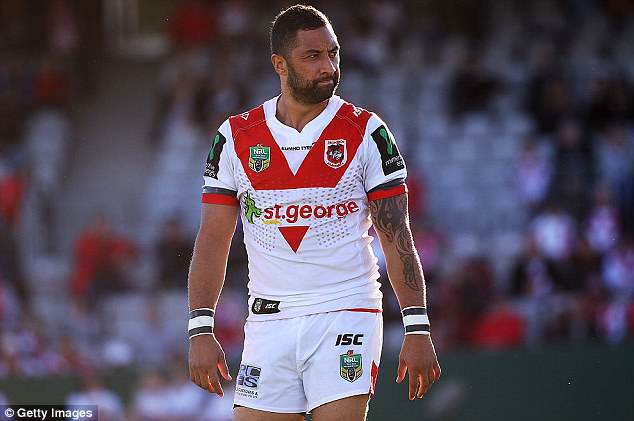 Diet trick: The 33-year-old started fasting and saw a Chinese acupuncturist to shed the pounds

The New Zealand footballer also said the birth of his son Fox two months ago helped him lose the extra kilos.

Benji said: ‘A big factor in playing rugby league is happiness, and being back at the Tigers and having a baby – all those things have factored into feeling great again and getting a bit of confidence back.’

It comes after Benji’s wife Zoe admitted during a TV interview that she tried fasting for a fortnight in a bid to get pregnant. 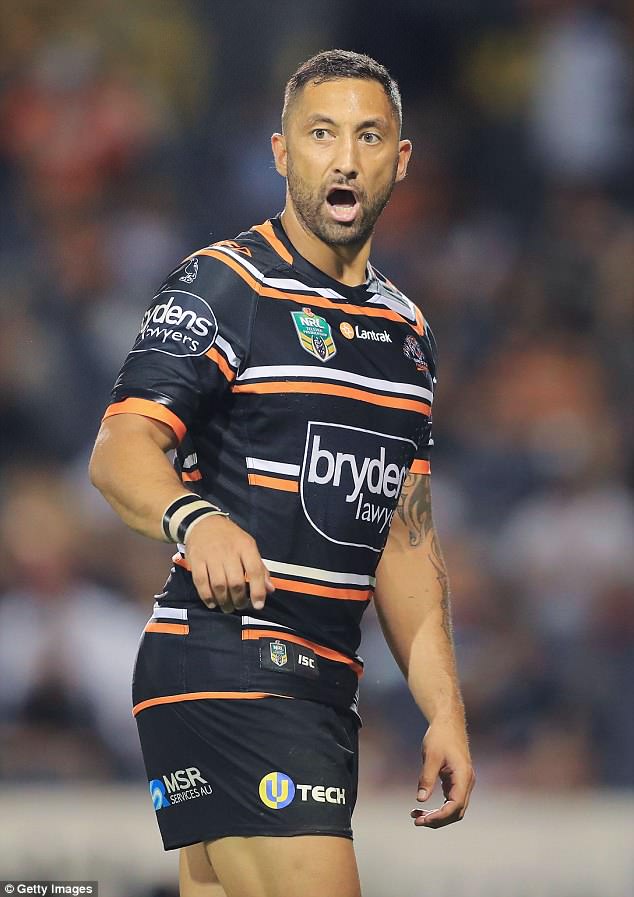 Trim: Benji confessed he skipped breakfast and didn’t eat until 2pm to slim down to 89kg

The 32-year-old, who suffers from endometriosis, told The Morning Show that the extreme detox had improved her health.

She said: ‘I went to on a radical Chinese program and you don’t eat for two weeks to give your body an overhaul and help your organs regenerate.

‘I have to admit where I am with my endo is life-changing and we’re in the first month of trying.’