Conor Benn’s promoter Frank Smith has revealed exactly what it’s been like working on his client’s huge fight against Chris Eubank Jr, whilst also being in a long-term relationship with Emily Eubank.

Smith, the chief executive of promotion company Matchroom Boxing, has played a pivotal role in organising the grudge match that is due to take place at the O2 Arena on Saturday.

Smith, who has worked his way up at Matchroom from attending work experience as a 14-year-old to CEO, met Emily in the bar after Eubank Jr’s fight against Tony Jeter in Sheffield in 2015.

They have been officially dating since November 2016 and regularly post loved-up snaps on Instagram from around the globe.

Smith, who has worked with Anthony Joshua in the past, recently admitted Emily once called him an ‘a**hole’ after listening in to one of his phone conversations during the build-up to the London fight. 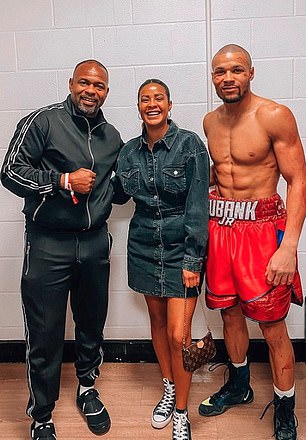 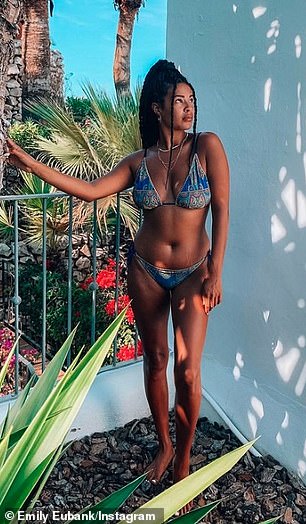 ‘I know the Eubank character from Emily so I know the way they are and I’ve spent a lot of time with Conor since he’s turned pro,’ he explained whilst on The George Groves Boxing Club podcast.

‘And trying to get the fight over the line was the point where I probably got in the most trouble.

‘I had to say things I’d say any other time, but obviously my missus is next door listening to me calling me an a**hole.

‘One of the big points was around walking second, blue corner, name on the poster, and I said to Conor – and I stand by this with any fighter that we work with – it’s so irrelevant.

‘You never hear of someone losing the fight because their name was the other side of the poster.’

Taking a once bitten twice shy approach, Smith made sure to not to discuss business over the phone whilst in the same room as his girlfriend. 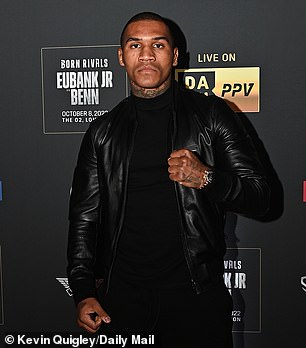 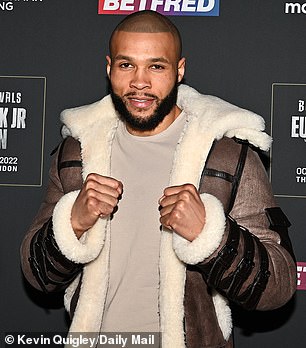 He continued: ‘Sometimes I’d say “wait a minute I’ve just got to leave the room” or be like “right Emily’s in the car” so I can’t talk yet.

‘This is a fight that obviously means so much because of the history, but for me I’m probably a bit too close to it to be honest!’

When asked whether he will be able to watch Saturday’s showdown whilst sitting on the fence, Smith vowed to remain expressionless throughout the bout.

‘Whoever’s gonna win is gonna win, it doesn’t matter what I do.

‘But I’ll do what I normally do. I’ll sit there with no expression on my face. I’m not gonna smile, clap or anything. I’m just gonna wait and see what happens!’ 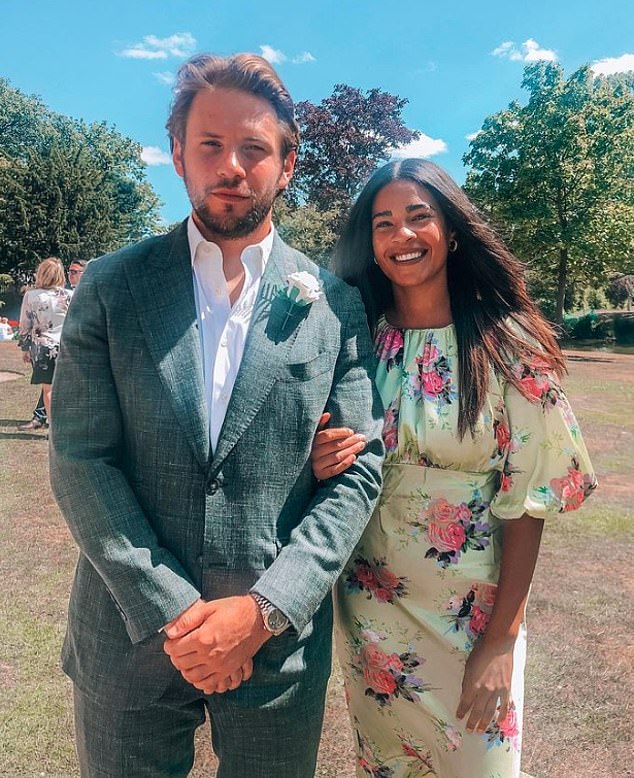 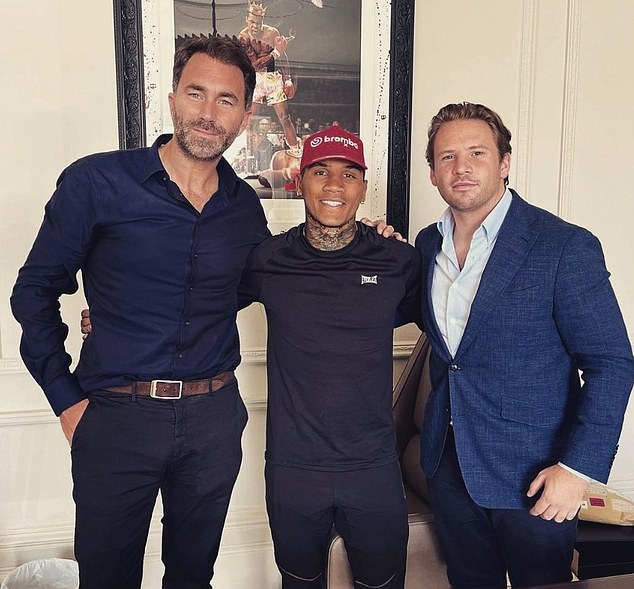 Sportsmail exclusively revealed on Wednesday that Benn had failed a drugs test, throwing the blockbuster fight into disarray.

The 26-year-old was notified he had returned an adverse finding for the banned substance clomifene.

The substance, which is usually used to treat infertility in women but can increase testosterone in men, is prohibited by the World Anti-Doping Agency. It is understood Benn’s test was carried out by the Voluntary Anti-Doping Association.

However, it appears that Benn’s situation will NOT trigger a cancellation of this weekend’s blockbuster with Eubank Jr, which falls almost 30 years after the second of two iconic fights between their fathers, Nigel Benn and Chris Eubank.

Eubank Jr still wants the bout to go ahead. A statement from promoters Wasserman Boxing and Eddie Hearn’s matchroom, in response to Sportsmail’s exclusive this morning, read: ‘Both fighters have taken medical and legal advice, are aware of all relevant information, and wish to proceed with the bout this Saturday.’

The positive test does not trigger an automatic ban. The British Board of Boxing Control appointed the UK Anti-Doping Agency as the anti-doping authority of this fight and Benn has not tested positive with them.

The long-awaited bout at the O2 Arena in London is believed to be worth a six-figure fee to each fighter.