Benvenuti, Jose! Mourinho touches down in Italy for new challenge at Roma

Benvenuti, Jose! Mourinho touches down in Italy for new challenge at Roma as former Spurs manager tells fans ‘see you soon’… and Portuguese is ‘closing in on Wolves goalkeeper Rui Patricio as first signing with Serie A club’

Jose Mourinho has touched down in Italy as the former Spurs boss readies himself for his new challenge at AS Roma.

The Portuguese coach, 58, received his marching orders from the north London club in April having overseen a turgid campaign in which they crashed out of the Europa League and were well short of challenging for a top four finish.

Mourinho found work weeks after his Spurs dismissal, taking on a new challenge with the Serie A side and has spent his summer in London where he has taken up punditry duties with talkSPORT.

Now the ex-Chelsea and Manchester United boss has left the English capital for Rome, and shared an image of himself arriving at Fiumicino ahead of pre-season with Roma.

The Italians had shared a video of the Portuguese ahead of his departure from London, in which he told supporters: ‘AS Roma fans, I am about to pack my bags. See you soon.’

The Giallorossi have turned to Mourinho after a disappointing campaign in which Paulo Fonseca guided the side to a seventh-place finish. 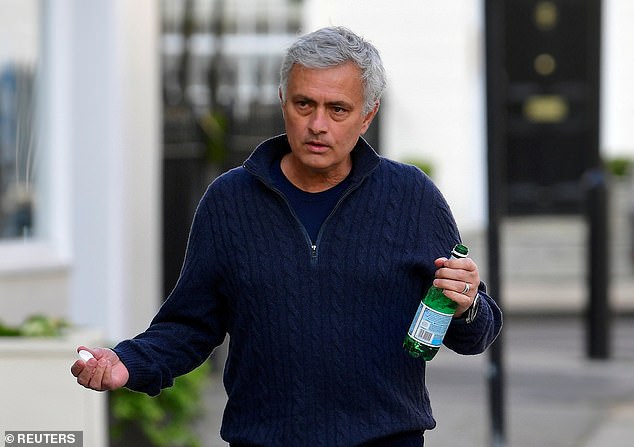 The Portuguese, 58, has found work after being sacked by Tottenham earlier this year 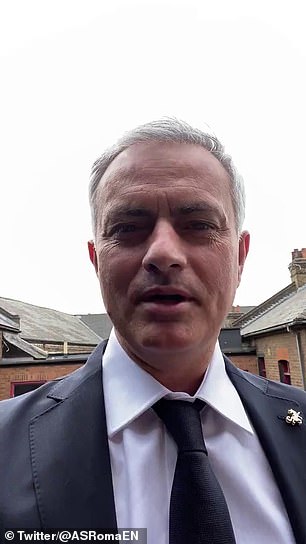 And it appears that Mourinho is closing in on his first signing of his tenure at Roma, with Rui Patricio set to join from Wolves very soon, according to Fabrizio Romano.

The 33-year-old enjoyed a strong Euros campaign with Portugal in which he made the save of the tournament so far to deny Paul Pogba during their dramatic Group F clash in Budapest.

Mourinho is also keen on signing Arsenal star Granit Xhaka. The midfield enforcer has failed to impress at the Emirates Stadium but showed his class during Switzerland’s stunning last-16 win over France.

According to reports, talks are ongoing between Roma and Arsenal over a deal, with the Gunners seeking a fee of around £15.5m.

Elsewhere, Nuno Espirito Santo has been announced as Mourinho’s successor at Tottenham. The former Wolves boss played under the Portuguese at Porto and has been tasked with getting Spurs back up the table. 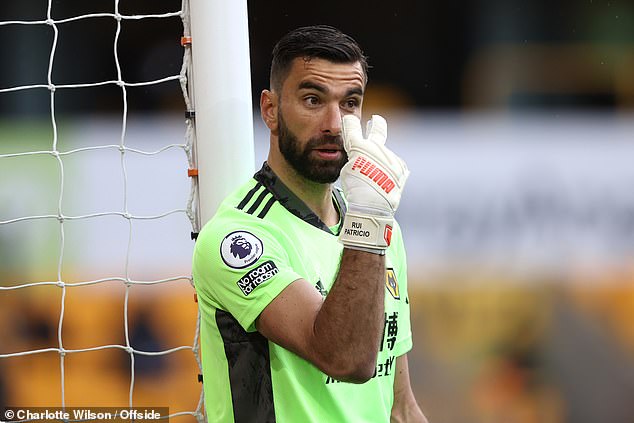