By Harriet Line For The Daily Mail

Germany is to burn more coal as it seeks to limit its use of Russian gas.

Economy minister Robert Habeck admitted it meant his country would be raising usage of a highly polluting fossil fuel to ensure its energy security.

‘That’s bitter, but it’s simply necessary in this situation to lower gas usage,’ he insisted.

Germany is set to burn more coal – a highly polluting fossil fuel – as it seeks to limit its use of Russian gas. The move is expected to increase the country’s energy security (STOCK)

Mr Habeck said he believed the move was politically motivated.

Last month the EU agreed to halt most Russian oil imports but an embargo on its gas is a long way off. Russia supplies about 27 per cent of the union’s imported oil and 40 per cent of its natural gas.

Member states have been reluctant to rapidly reduce their reliance on Russian natural gas because it will drive up prices for European consumers.

Brussels has, however, set a target to wean itself off Russian energy completely by 2030 and Germany has halted the Nord Stream 2 gas pipeline project with Moscow.

The UK gets less than 4 per cent of its gas from Russia and intends to phase out supplies by the end of this year – or as soon as possible afterwards.

It comes as the new head of the British Army yesterday warned that its troops must prepare to fight Russia’s forces – and win.

Patrick Sanders said the brutal invasion of Ukraine might be the signal for more fighting across the rest of Europe.

‘There is now a burning imperative to forge an Army capable of fighting alongside our allies and defeating Russia in battle,’ the general wrote to his troops after taking the post on Monday.

‘We are the generation that must prepare the Army to fight in Europe once again.’ 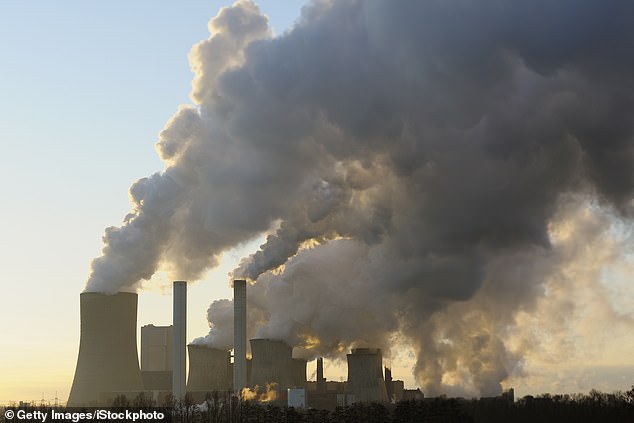 Sir Patrick said he was ‘the first chief of the general staff since 1941 to take command of the Army in the shadow of a land war in Europe involving a continental power’.

In the letter, seen by The Sun, he added: ‘Russia’s invasion of Ukraine underlines our core purpose to protect the UK by being ready to fight and win wars on land.’

The head of Nato warned at the weekend that Russia’s brutal assault on Ukraine could go on for years – and urged allies to keep up their support.

Jens Stoltenberg said supplying state-of-the-art weaponry to Kyiv’s troops would boost the chance of freeing the eastern region of Donbas from Russian control.

‘We must prepare for the fact that it could take years,’ the Norwegian told a German newspaper. ‘We must not let up in supporting Ukraine – even if the costs are high, not only for military support, but also because of rising energy and food prices.’

The message was echoed by Boris Johnson, who urged Western leaders to prepare for a long war in Ukraine or risk the ‘greatest victory for aggression in Europe since the Second World War’.

The Prime Minister said Kyiv needed ‘constant funding and technical help, which we should plan to sustain for years to come and increase as necessary’.

‘Time is the vital factor,’ he wrote in The Sunday Times. ‘Everything will depend on whether Ukraine can strengthen its ability to defend its soil faster than Russia can renew its capacity to attack.’