‘Of course we will try to prove him wrong’: Bernardo Silva insists Manchester City can defy Pep Guardiola and taste Champions League success

Bernardo Silva is determined to prove to Pep Guardiola that Manchester City are ready to win the Champions League.

Last month Guardiola said City were ‘not ready to fight for the Champions League’ while this week he referred to them as ‘teenagers’ among the continent’s elite.

But City hardly looked like novices as they thrashed Schalke 7-0 at the Etihad Stadium on Tuesday to power into the quarter-finals. Any anxieties there may have been after a first leg that was unexpectedly tight were confidently dispelled as City eased to a 10-2 aggregate success. 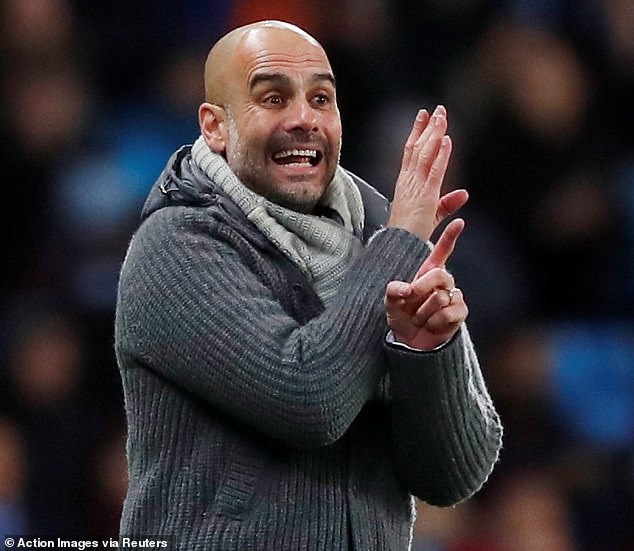 City took time to get into their stride but they put the result beyond doubt with three goals in the final 10 minutes of the first half.

Sergio Aguero, who earlier hit the post, grabbed the first two before Leroy Sane struck against his old club for the second time in the tie.

Sane then tormented his former colleagues in the second half, setting up further goals for Raheem Sterling, Silva and Phil Foden before Gabriel Jesus completed the scoring.

Silva said: ‘It feels great but, to be honest, it doesn’t really matter that it was 10-2. What matters is we are through.

‘We are very happy with the score, obviously. After that difficult game in Germany we weren’t expecting to win 7-0, but it’s good.

‘The first game in Germany was very difficult. We won but we could have lost. We played with 10 players for last 30 minutes.

‘So it was not as easy as people might think, these two games against Schalke, but 7-0 was really good for us.’ 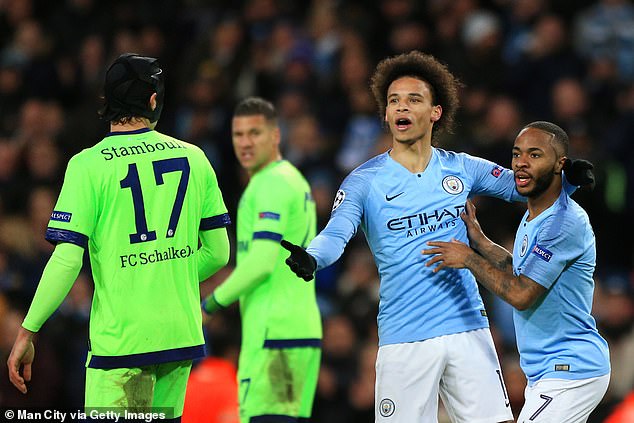 The only real source of frustration for City – or their fans, at least – was the length of time some of the decisions referred to VAR took.

There were no controversial decisions but there were long delays before Sane and Sterling were awarded their goals, while another Sane goal was disallowed after a review.

But Silva said: ‘I think it is a good thing. It helps the referees to make less mistakes.

‘Yes, of course it cuts a little bit of the emotion of the game but I think it helps the referees in all the games when there are mistakes and it helps make the game on TV a bit cleaner.’

City, who were beaten in the quarter-finals by Liverpool last year, will learn their opponents for the last eight on Friday.

‘In these stages it is all open and they are all very difficult, so we will see what happens,’ said Silva.