Bernardo Silva ‘REJECTS moving to Tottenham as part of any Man City offer for Harry Kane, with super-agent Jorge Mendes failing to convince the midfielder AND still pitching Cristiano Ronaldo to City’

Bernardo Silva has stressed to Manchester City that he has no interest in being included in any potential part-exchange deal for wantaway Tottenham striker Harry Kane this summer, according to reports.

Premier League champions City are desperate to land Kane, but his hefty price tag of around £150million has proved a stumbling block so far. As a result, they are believed to have weighed up adding Silva into the package.

The Athletic claim that chairman Daniel Levy snubbed the proposal, with Silva instead preferring a move to Spain, and super-agent Jorge Mendes has been in Manchester this week in an attempt to solve the dilemma. 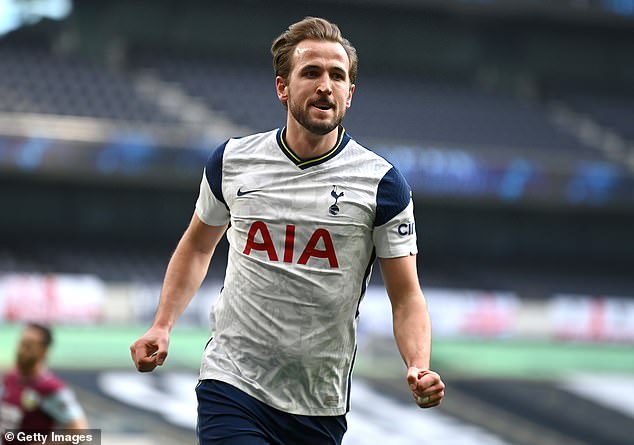 Kane is City’s primary target this summer and wants to exit Tottenham, but is valued at £150m

City splashed out to sign Jack Grealish from Aston Villa in a sensational £100m swoop recently, and Sportsmail has reported how the club believe the only way they can sign Kane is if his price tag is lowered or Spurs take on Silva.

Playmaker Silva, according to Pep Guardiola, is one of a number of first-team players at the Etihad who are actively looking for moves away, and his opportunities to play have also been slashed by Grealish’s arrival.

As a result, former Monaco man Silva will be allowed to exit should they receive a suitable bid, but new developments have made it clear that he will not be heading to Tottenham to grease the wheels for Kane’s big-money switch. 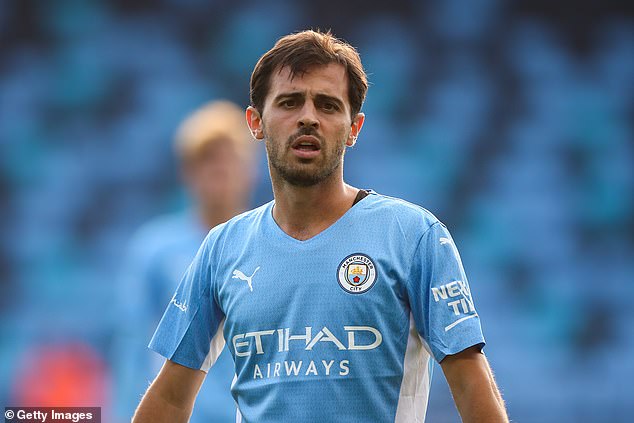 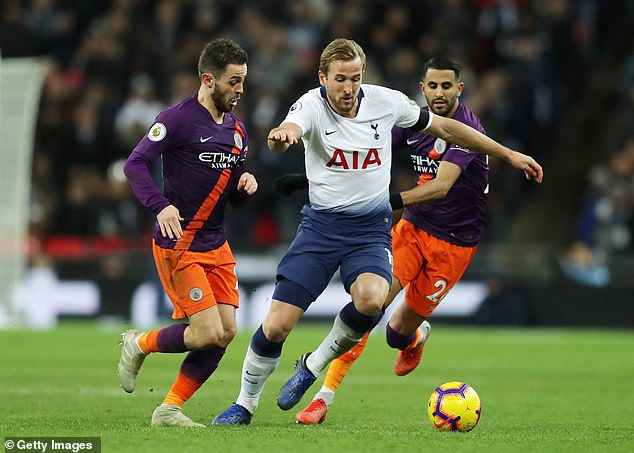 Striker Kane’s price tag is proving too much for City, who looked to add Silva into the package

The same report adds that Silva was included in City’s initial offer for Kane earlier this summer. The club are said to have told Spurs that they would also have their pick from a group of five players keen to leave.

Mendes, who represents Nuno Espirito Santo and former boss Jose Mourinho, is said to have believed that Tottenham would be open to snapping up Silva, but the move failed to take on traction with the player himself snubbing it.

Despite this, both Silva and City are aware that a door may still open for the 27-year-old. Atletico Madrid and Barcelona are, according to reports, interested in him, but neither club will be able to piece together the funds.

It was revealed by Sportsmail earlier this month that, while City were willing to offer up Silva for Kane, they are also prepared to miss out on the frontman altogether rather than match Spurs’ eye-watering asking price. 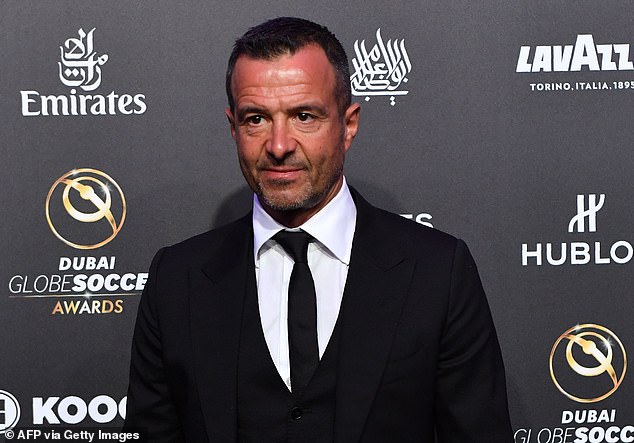 Jorge Mendes, Silva’s super-agent, has been in talks with City as he attempts to find a solution

Having already offered £100m for Kane, they would go up to £130m, but believe that Levy’s valuation of his prized asset is too high. This has left all parties at an impasse with the days ticking down until the window slams shut.

Meanwhile, while in contact with City to find a resolution for Silva’s situation, Mendes is reportedly still pitching the idea of Cristiano Ronaldo joining the club. Superstar Ronaldo reportedly wants to leave Juventus in this window.