Bernie Madoff has appealed to Donald Trump to reduce his 150-year prison sentence for orchestrating the world’s largest Ponzi scheme.

The notorious fraudster, 81, filed a petition with the Department of Justice and is requesting clemency from Trump in the form of a sentence commutation.

Madoff, who is currently serving time in a federal prison in Butner, North Carolina, is not asking for a pardon from the President,  CNBC reported.

He pleaded guilty to 11 federal felonies in 2009 for swindling investors out of an estimated $65 billion when principal and lost interest are counted. 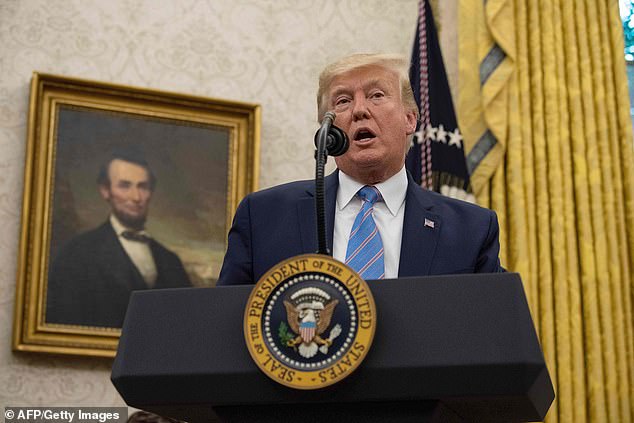 It is not known if  Donald Trump will examine Bernie Madoff’s clemency request, with questions on the petition put to The White House referred to the Department of Justice

Madoff’s clemency request is currently pending with the Office of the Pardon Attorney and the date the petition was submitted has not been made public, a Department of Justice spokesman told DailyMail.com

The Department said that an application would generally take between one and three months to appear on the clemency section of its website.

A commutation could reduce the disgraced former banker’s sentence either totally or partially if it is granted.

Madoff’s lawyer, Ira Lee Sorkin, did not have any information regarding Madoff’s filing, CNBC said.

It is also not known if Trump will examine the request, with questions put by CNBC to The White House referred to the Department of Justice.

Reacting to the news, Madoff’s prosecutor immediately branded his bid for freedom ‘the very definition of chutzpah.’

Marc Litt, who was the lead federal prosecutor in the 2009 case against Madoff, told  CNBC on Wednesday: ‘Bernard Madoff received a fair and just sentence – one that both appropriately punished him for decades of criminal conduct that caused devastating damage to tens of thousands of victims, and sent a loud and clear message to deter would-be fraudsters.

‘I’m confident that the career [Justice Department] attorneys responsible for evaluating such requests will reject it out of hand.’

Madoff suffered a heart attack in 2014 but his lawyer told ABC two years later that he was ‘doing as well as could be expected.’

In May, it was revealed that Madoff’s wife Ruth agreed to pay $594,000 and surrender her remaining assets when she dies to settle claims by the court-appointed trustee liquidating her husband’s firm. 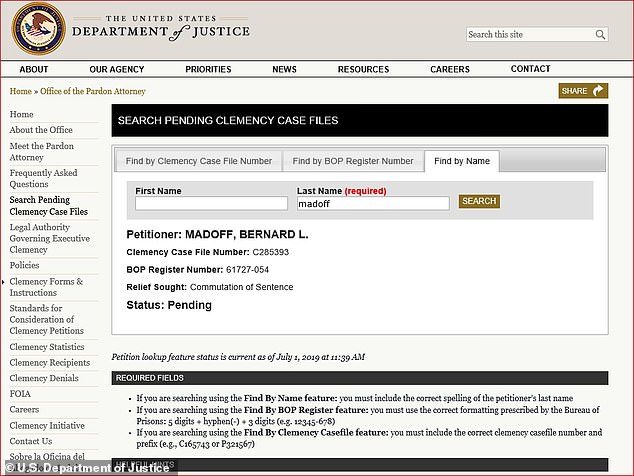 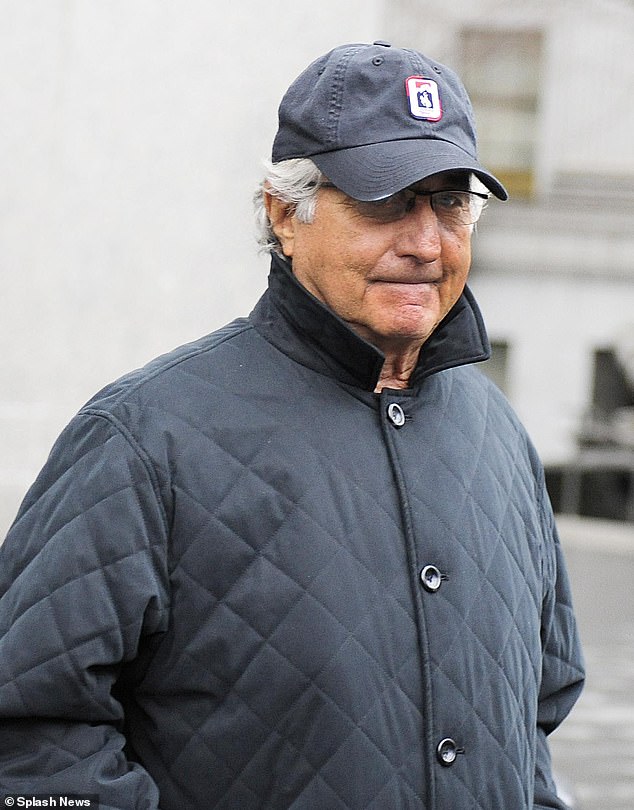 According to settlement papers, Ruth Madoff, 77, who was never charged in connection with her husband’s Ponzi scheme, will pay $250,000 in cash and give up $344,000 of trusts for two grandchildren.

The trustee Irving Picard, who is liquidating Bernard L. Madoff Investment Securities LLC and recouping money for former customers, also agreed with her that the accord is not evidence she admitted to “participating in or knowing of Bernard Madoff’s fraud,” court papers show.

Ruth, who has been living a reclusive and far less glamorous lifestyle in the wake of her husband’s arrest, is understood to have moved into a 989-square-foot townhouse in the 6,100-person town of Old Greenwich, Connecticut. 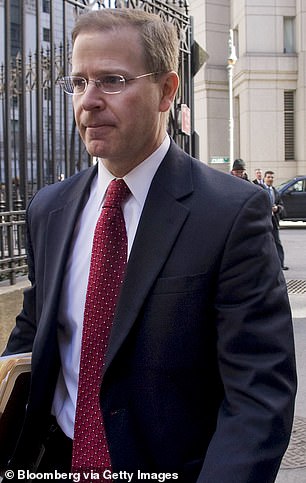 Marc Litt, who was the lead federal prosecutor against Madoff in his 2009 trial, claimed his bid for freedom ‘the very definition of chutzpah’

The disgraced Wall Street banker’s wife had been sued by Picard for $44.8 million in 2009, but in a May 3 filing called the settlement a ‘fair and reasonable compromise,’ citing her limited assets and the litigation risks.

In June 2009, shortly before Madoff received his sentence, the couple agreed with prosecutors to let federal marshals sell their assets, and allow Ruth Madoff to keep $2.5 million. Most of that is thought to have gone on legal fees.

She then disappeared from public life amid the fallout and neighbors previously said she mainly keeps to herself, taking drives in her Toyota Prius and going for long walks around town.

The sale of their four homes and all their contents is estimated to be worth almost $70 million. Jewelry worth over $2.5 million was also sold, while a pair of boxer shorts owned by the swindler were among hundreds of smaller items put up for sale.

The couple suffered double tragedy when the their son, Mark Madoff committed suicide on December 11, 2010. His body was found hanging from a ceiling beam while his son slept in the other room.

Bernie Madoff’s other son, Andrew, died in 2014 after a battle with cancer.

In June 2017, Picard reached settlements of more than $23 million with the estates of Mark and Andrew Madoff and related defendants. 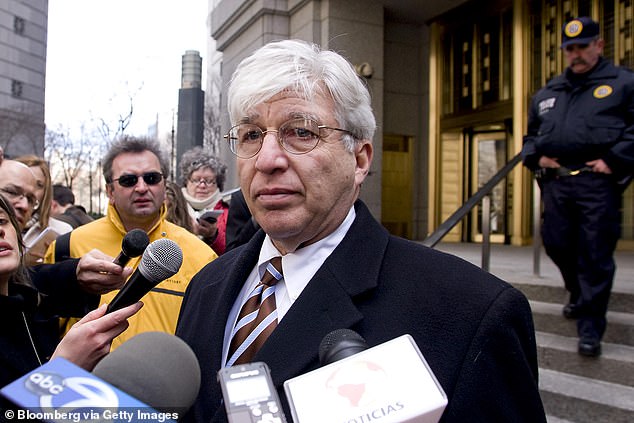 Earlier this month Reuters reported that Picard said another $860 million may soon be returned to the swindler’s customers, under a settlement with offshore funds that funneled money to Madoff for 14 years.

The settlement with liquidators for the Kingate Global Fund and Kingate Euro Fund Ltd covers 93% of the $926.4 million they withdrew from their accounts at the former Bernard L. Madoff Investment Securities LLC.

The agreement would boost Picard’s recovery for former Madoff customers to $14.26 billion, which is more than 81% of the $17.5 billion that Picard said investors lost.

About $12.38 billion of that total has been distributed, with some money held back because of ongoing litigation. 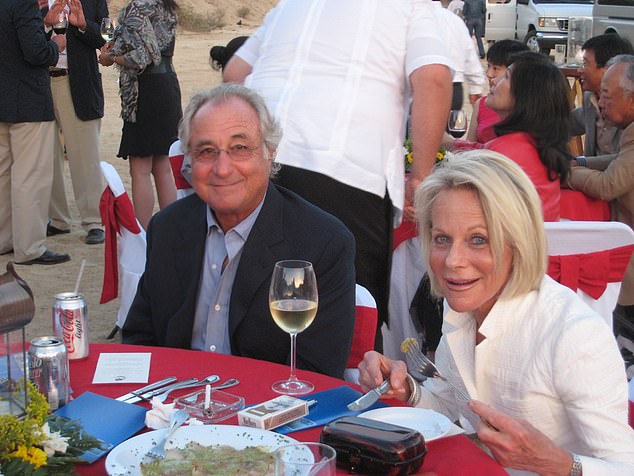 Madoff’s wife Ruth agreed to pay $594,000 and surrender her remaining assets when she dies to settle claims by the court-appointed trustee liquidating her husband’s firm. The couple are pictured at a golf event in Cabo San Lucas in 2008 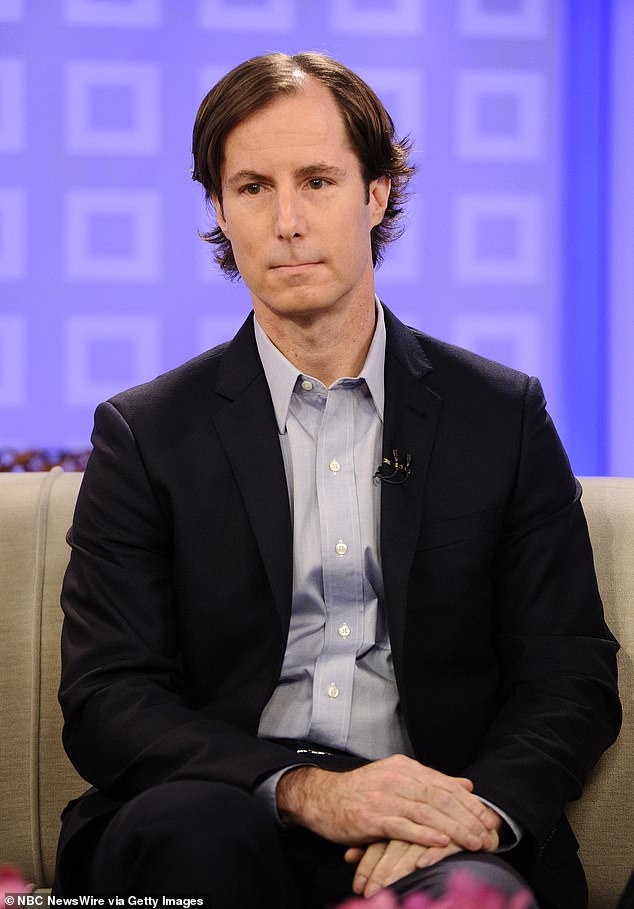 The federal government has a separate $4 billion fund to compensate Madoff’s victims.

He admitted the Ponzi scheme began in the early 1990s in response to a recession and that he concocted the scam to meet the lofty expectations of his exclusive clients.

He solicited billions from customers around the world under the pretense that it was being invested in securities.

In reality, he was simply depositing the money straight into a number of bank accounts.

The Madoff scheme was revealed during the financial crisis in 2008 when he was unable to satisfy growing client demands to withdraw their investments.

Such was the extent of the scheme it was turned into a movie, The Wizard of Lies, with Michelle Pfeiffer playing Ruth and Robert De Niro as Bernard.