As Beto O’Rourke’s popularity within the Democrat party rises, Bernie Sanders supporters appear to be making a concerted effort to take O’Rourke down.

While neither Texas Rep. O’Rourke, 46, or Vermont Sen. Sanders, 77, have declared that they intend to seek the party’s presidential nomination for the 2020 election, that hasn’t stopped Sanders’ supporters from attacking O’Rourke both online and in print, NBC News reported.

O’Rourke captured the attention of Democrats nationwide while running for Senate against incumbent Ted Cruz, a Republican, during the November midterm elections. Despite losing by 2.6 per cent of the vote, many supporters see him as the potential ticket to unseating Donald Trump during the 2020 election or hope that he’ll land the vice president slot on the ballot. 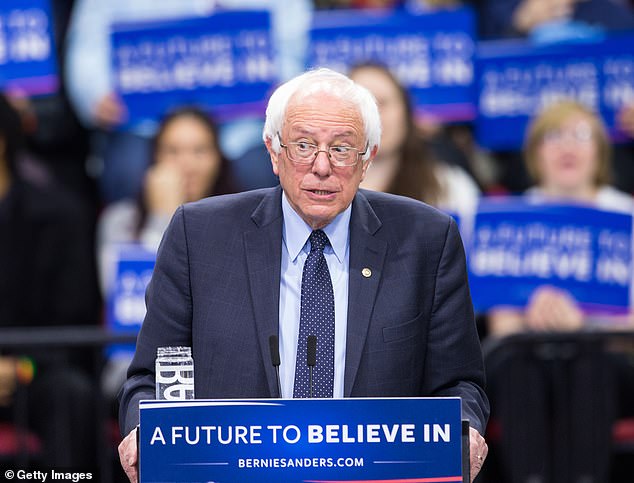 The problem with O’Rourke, Sanders supporters say, is that he isn’t a progressive enough candidate for their tastes. To them, O’Rourke is too cozy with corporate donors and congressional Republicans and unwilling to use his newfound spotlight to help other Democrats, to say nothing of his voting record.

Journalist David Sirota, who had worked for Sanders in the past, started the ball rolling by tweeting his surprise that O’Rourke had received the second-highest amount of donations from the oil and gas industry in 2018. Cruz took the top spot.

Sirota, however, failed to acknowledge the fact that O’Rourke refused money from corporate PACs, that the donations came from a handful of executives and lower level employees employed by oil and gas companies — Texas’ biggest industries — and that all the donations combined accounted for less than 0.5 per cent of the money O’Rourke raised for his midterm campaign, according to NBC News.

Sirota then doubled down on his O’Rourke criticism with an article he wrote for Capital & Main in which he examined O’Rourke’s voting record and detailed the various ways O’Rourke ‘undermined his own party’s efforts to halt the GOP agenda, frequently voting against the majority of House Democrats in support of Republican bills and Trump administration positions.’ 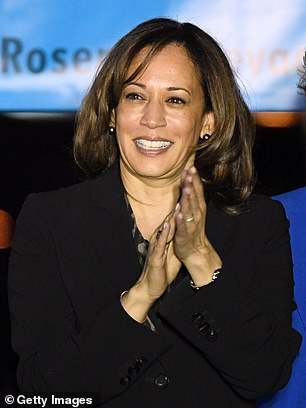 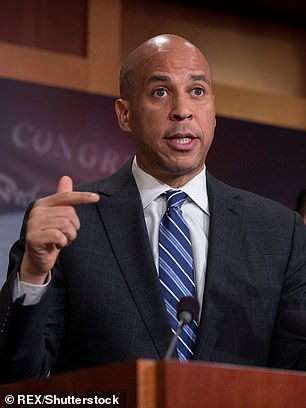 The Sanders supporters war against O’Rourke is being seen as detracting from the positive message of other potential candidates, including Senators Kamala Harris and Cory Booker

While O’Rourke had a chance at dethroning Cruz, liberal activists ‘sucked it up’ because they hoped he would win, progressive activist and Sanders supporter Nomiki Konst told NBC News. ‘But now it’s a different story.’

Especially true now that a new Quinnipiac University poll revealed that 59 per cent of millennial voters and 51 per cent of overall voters said they didn’t know enough about O’Rourke to form an opinion about him. On the other hand, the majority of those polled had already developed their opinion about Sanders.

Norman Solomon, a delegate for Sanders at the 2016 Democratic National Convention, told NBC News that now, ‘millions of Americans are seeing pieces that look underneath the superficial gloss of projections onto Beto.’

Although O’Rourke might be ‘a big step up for red-state Texas statewide,’ Solomon said he’s ‘actually a big step down for where the majority of Democrats are nationwide, adding that if Democrats ‘buy the Beto package, we’re gonna have buyer’s remorse later on.’

Despite this seeming glomming on of progressives against O’Rourke, Sanders supporters denied that they were executing coordinated attacks against O’Rourke and stating that Sanders has not spoken out against the younger Texan.

Still, the Sanders supporter attacks against O’Rourke are being seen as potentially detrimental to the Democrat cause, according to party members who aren’t affiliated with either camp.

Former Obama speechwriter Jon Favreau told NBC News that, ‘I don’t think there’s much appetite among Democratic voters to re-live some of the dumb Twitter fights that we saw in the 2016 primary.’

He added that ‘it’s more productive to focus our time and energy talking about why we support the candidates who inspire us.’

Aside from Sanders and O’Rourke, Favreau mentioned California Sen. Kamala Harris and New Jersey Sen. Cory Booker as being progressives with positive messages who are being eyed for the party’s presidential nomination.