As a month, January really knows how to knock itself out, doesn’t it? It starts skint with a hangover and keeps its head down while testing various privations. Then, for the ever-increasing ranks of us self-employed, ends with a tax bill.

I am not naturally a money saving expert. Like Dickens’s Mr Micawber (catchphrase: ‘something will turn up’), a foolish optimism underpins much of my own economic forecasting.

Yet I am a model of fiscal prudence compared to many fictional characters. ‘I write this sitting in the kitchen sink,’ begins Cassandra Mortmain in I Capture The Castle, Dodie Smith’s wondrously funny tale of a rackety bohemian family in Thirties Suffolk. Chairing a hastily convened ‘Inquiry into the finances of the Mortmain family’, village librarian Miss Marcy learns of no projected income nor any plans for one. 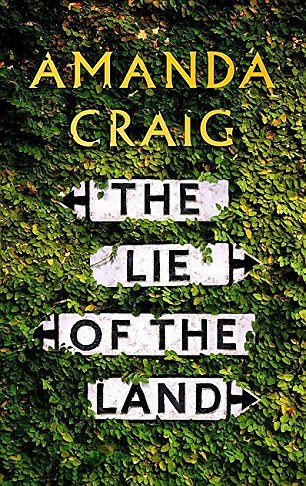 This week author Patricia Nicol, recommends the best books on debt to help you through the trickier times in life

In Amanda Craig’s The Lie Of The Land, out in paperback on Thursday: ‘There is no money and the Bredins can’t afford to divorce.’ In credit-crunch Britain, architect Lottie and journalist Quentin have lost their jobs, while his infidelities have ruptured their marriage.

Unable to sell their house, yet yoked together by mortgage debt and children, they rent out their London home and downsize to a mysteriously cheap property in Devon. There they encounter reminders of their inherent privilege — her son Xan spends his year out working on zero-hour contracts at a pie factory, but it’s only until he goes to university. At least they have options, as Lottie’s German mother reminds them.

The tragedy of Lily Bart in Edith Wharton’s brilliant 1905 U.S. classic House Of Mirth is having been raised ‘useless’ to a life of idle luxury she cannot afford: ‘She was so evidently the victim of the civilisation which had produced her.’

Just ten years later, a woman like Lily would have had more agency. Even in cash-strapped January, we should count our blessings.