Tesla’s Superchargers have topped a new survey of electric car owners about the best networks for charging their vehicle’s batteries.

Of the 1,000 EV owners who use it and completed What Car?’s survey, they rated it very highly for reliability, charging speed, ease of payment and value for money, giving it an overall score of 89.8 per cent – which is the best marks achieved by any of the 12 providers reviewed.

The honour comes just over 24 hours after Telsa CEO Elon Musk confirmed the US firm would be making its Supercharger network – currently exclusive to owners of Telsa cars – accessible for all electric vehicle owners.

The US manufacturer confirmed in March that it has over 600 in the UK, with more than 100 being installed since last summer when it celebrated its 500th supercharge in Britain in June 2020.

‘We’re making our Supercharger network open to other EVs later this year,’ Musk said on Tuesday.

He later responded to another tweet confirming that, over time, Tesla’s charging network will be available to ‘other electric vehicles in all countries’.

While this might be the case for later this year, What Car? says that the best network that’s currently open to all electric vehicle owners is Instavolt.

Drivers said it was their preferred public charger because it’s reliable, relatively fast and extremely easy to use.

It achieved an overall score of 81.2 per cent and was the top scoring network for reliability with 92.6 per cent.

The automotive title also visited at least one charging location for each of the 12 companies included in the results to gain a snap-shot of how good they were.

The overall ratings are based on the combination of these two data sources. 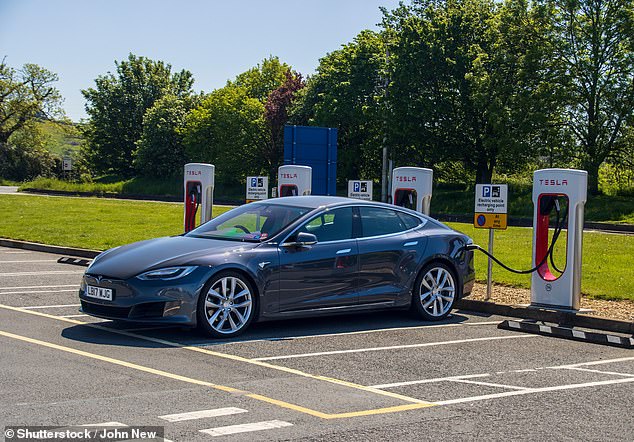 Gridserve’s Electric Highway gained the highest score of 74.9 per cent for location, though its motorway network was rated worst for reliability, scoring just 23.7 per cent.

However, Gridserve has only recently taken responsibility for the Electric Highway from Ecotricity, which has been lambasted by EV owners for not replacing rundown devices.

Gridserve has promised to revamp every location by the end of this year9742127, so it is expected to fare better in next year’s What Car? survey.

When it comes to charging speed, Tesla took the lead and scored 95.5 per cent, followed closely by Ionity with 95.3 per cent – both providers offer charging speeds of above 200kW. 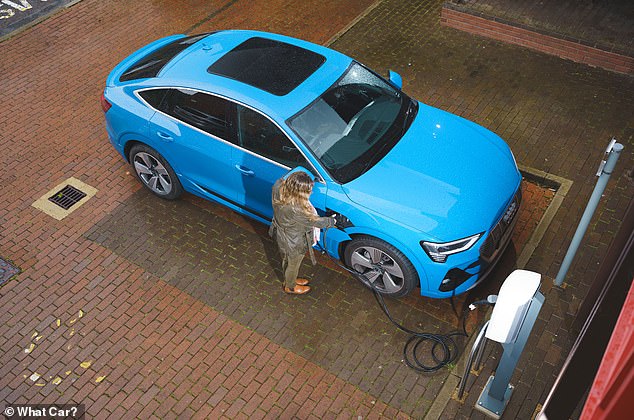 To find out which electric car public charging providers were the best, What Car? surveyed 1,000 electric and plug-in hybrid car drivers 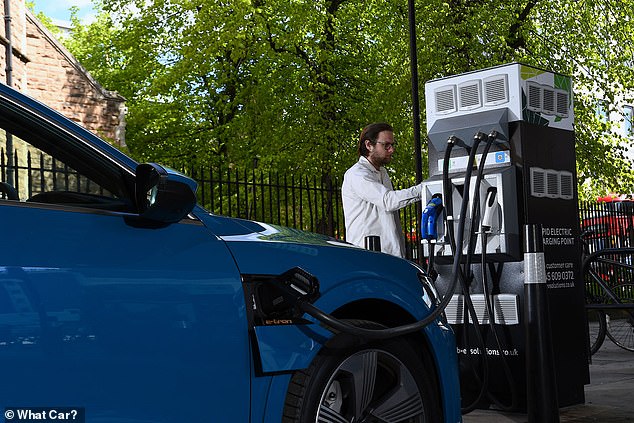 Tesla’s flat charging fee of 28p per kWh helped it gain the best score for value for money, too, whereas Ionity’s 69p per kWh charge earned it a rating of just 19.5 per cent, the worst in What Car?’s data.

He added: ‘Those that offer the fastest charging speeds are not necessarily the best to use, and some of the most affordable can also be the most inaccessible.

‘As more people switch to EVs the demand for public chargers will increase, and EV owners really do need to shop around to find the best charging solutions.’ 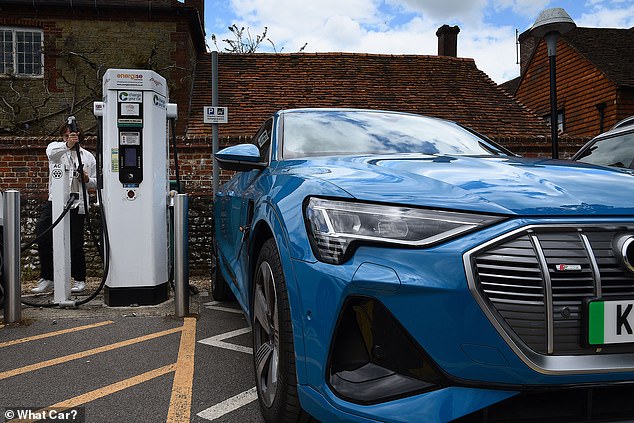 Charge Your Car placed bottom because its chargers were deemed unreliable

The easiest networks to use – according to electric car drivers – were those that allowed drivers to tap and pay and didn’t require them to register, while those with glitchy apps, lengthy sign-up processes or a requirement to use a physical charging card to activate a charge point were rated down in this area.

Worst of all was Charge Place Scotland, which has a complex registration process and took 10 days to send out a charging card, without which you can’t access the network.

However, it was Charge Your Car that came last overall because its charge points were deemed unreliable and in What Car?’s experience were frequently blocked by other vehicles because they were at the roadside with no dedicated electric car bays.