One of Kelsey Berreth’s best friends is speaking out in a new interview about the missing mother’s relationship with her fiance Patrick Frazee.

‘The moment I found out she had been with him when she went missing, the first words that came out of my mouth was: “He did something to her,”‘ said Ashley Cogburn on CBS This Morning.

She went on to say that Frazee was ‘borderline emotionally abusive,’ while describing her childhood friend as a ‘tough girl’ who was smart and very much in love with her baby daughter Kaylee.

As for Frazee, Cogbun said: ‘He was just always mad about something.’

Frazee is currently behind bars at the Teller County Jail awaiting trial in the case after being charged with first-degree murder despite the fact that authorities have yet to discover Berreth’s body or remains. 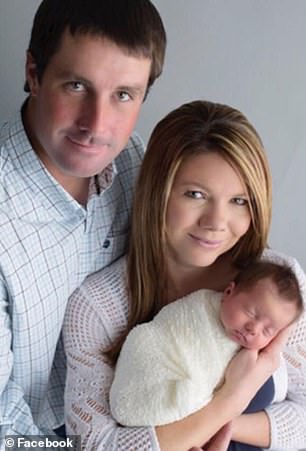 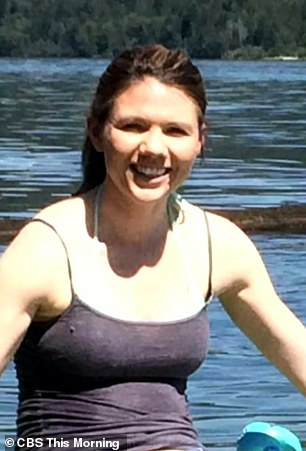 New details: Ashley Cogburn spoke about Berreth and her fiance Patrick Frazee, saying he was ’emotionally abusive’ and ‘always mad about something’ 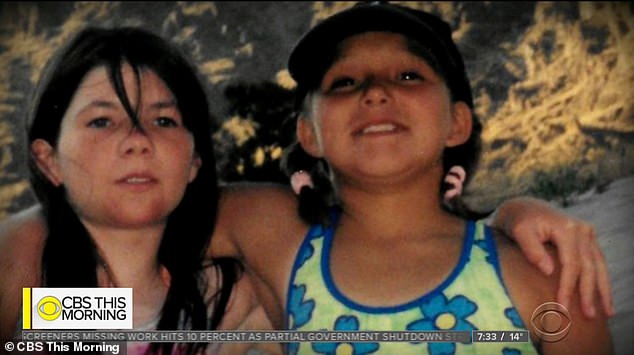 Friends: ‘The moment I found out she had been with him when she wet missing, the first words that came out of my mouth was: “He did something to her,”‘ she said (Berreth and Cogburn above in their youth)

Cogburn suggested in the interview that her friend’s relationship with Frazee was not a good one.

‘She couldn’t win. The things he would say were somewhat demeaning. I remember one time in particular, she came to me and she was crying. And Kelsey is a tough girl,’ said Cogburn.

‘I don’t remember specifics but I just remember it was borderline emotionally abusive to you right now.’

It was a surprise to Cogburn, especially since Berreth seemed to have so much going for her.

‘Kelsey was a kind, sweet girl. She kind of had it all going on. She was, you know, she was very smart. She was on top of her game in life,’ explained Cogburn.

That is why it was so difficult to Cogburn to see Frazee get arrested.

She broke down in tears recalling the moment, saying: ‘I wanted to hold on to hope that wasn’t the case, you know. You know, I grasped on to well, maybe somebody took her.’

She added: ‘I think deep down I knew.’

Cogburn said she decided to speak out so that people would know Berreth was a fun and vibrant person.

She also shared what the message would be to baby Kaylee, who is currently with Berreth’s parents, who have temporary custody of the 16-month-old toddler.

‘I know that your mom loved you so much. She’s so happy that you’re here,’ said Cogburn.

‘I know if she were still around, she would be an awesome example of a person that you can grow up to be like.’ 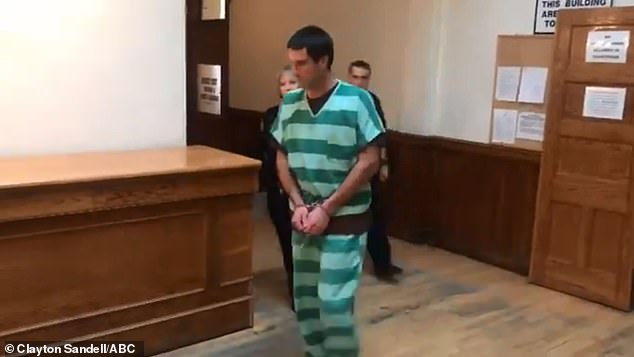 Behind bars: ‘Kelsey was a kind, sweet girl. She kind of had it all going on. She was, you know, she was very smart. She was on top of her game in life,’ said Cogburn (Frazee above in court last month) 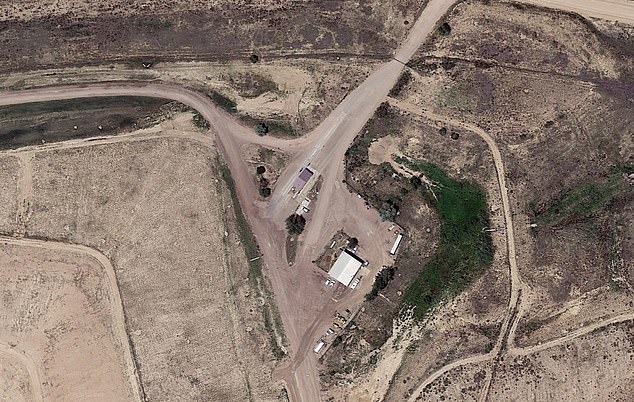 New site: The Colorado Bureau of Investigation is now looking at the Midway Landfill (above) in their ongoing search to find the remains of Kelsey Berreth 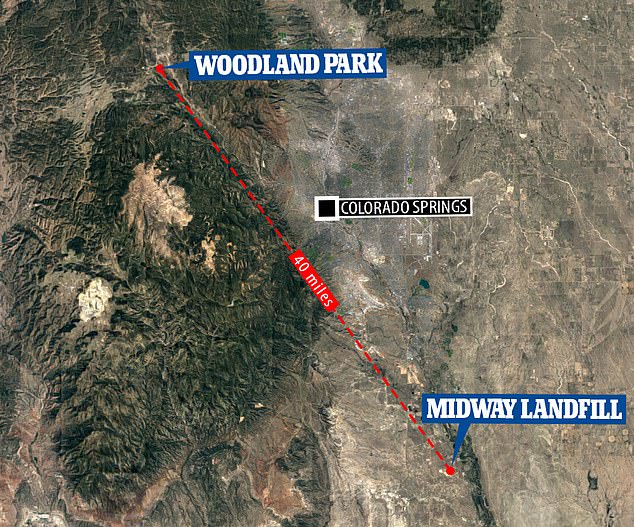 Map: A Waste Management spokesperson confirmed that officials were searching the area, a little over 40 miles southeast of Berreth’s home

Officials in Colorado were searching a waste management facility just over 40 miles southeast of the home of Berreth last week in hopes of finding remains.

Authorities were at the Midway Landfill near the town of Wigwam, one month after charging Frazee with her murder.

‘The Colorado Bureau of Investigation contacted Waste Management of Colorado regarding a potential search at Midway Landfill and we are cooperating fully,’ said a Waste Management spokesperson when asked for comment.

A friend of Frazee whose granddaughter was a frequent playmate of the accused killer’s daughter Kaylee told CNN that Frazee and Berreth had split back on New Year’s Day in 2018, just three months after the couple welcomed daughter Kaylee.

That contradicts comments made by Berreth’s aunt suggesting that her niece had broken up with Frazee on November 22,  the day she was last seen in public.

At the same time, a woman from Idaho has reportedly become a person of interest in the investigation.

Two individuals who have worked with that Idaho woman, Krystal Lee,  say that she and Frazee had been in a romantic relationship for months.

The  32-year-old nurse is believed to have possibly disposed of Berreth’s phone in Idaho in the days after she was last seen alive.

DailyMail.com spoke with two people who know Lee professionally, and they both said that they had been told that Frazee was having an affair with the woman.

Lee was divorced from her husband a few years back, they explained, and had met Frazee at a rodeo.

Neither of those individuals knew exactly when the relationship started, but they believed it could have been as early as 2016 – prior to the birth of Frazee’s daughter with Berreth.

One of the the people DailyMail.com spoke with also said that Lee was in Colorado around Thanksgiving.