Best in the league! School football star, 7, shoots to internet fame after scoring epic touchdown by using one arm to knock over FIVE other young players

A video of a seven-year-old American football player has swept the internet after he used knocked off five opponents before scoring an epic touchdown.

The video was captured by a family friend, Jay Johnson, who was watching some United Youth Football Of Alabama playoff games.

Playing for the Hueytown Jaguars, Brown bust loose, leaving opposing defenders strewn all over the field as he rushes for the end zone to get some points on the board for his team.

Brown appears to slow down and shift his direction to show some trickery against some of the opposition players — rather than just scoring a basic touchdown.

He can be seen shoving five out of the way, with the third player sent down seen making a valiant – but ultimately unsuccessful – attempt to push back.

NFL rules allow players to make contact their arms when less than five years away from rivals – with the video sparking anger among those who say that rule should be banned.

A highlight video of the touchdown shared by ESPN’s Facebook and Twitter profiles has more than five million views — and another 3.2 million from the original source of the video, published on Twitter. 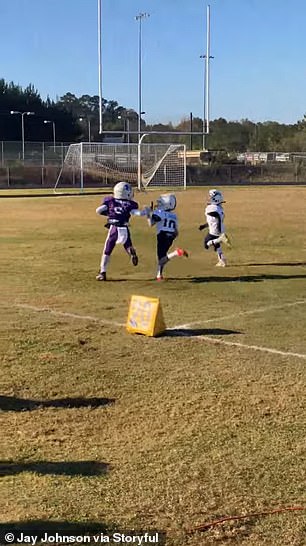 Choyce Brown’s touchdown highlight was captured by a family friend, Jay Johnson, who was watching some United Youth Football Of Alabama playoff games over in McCalla, Alabama 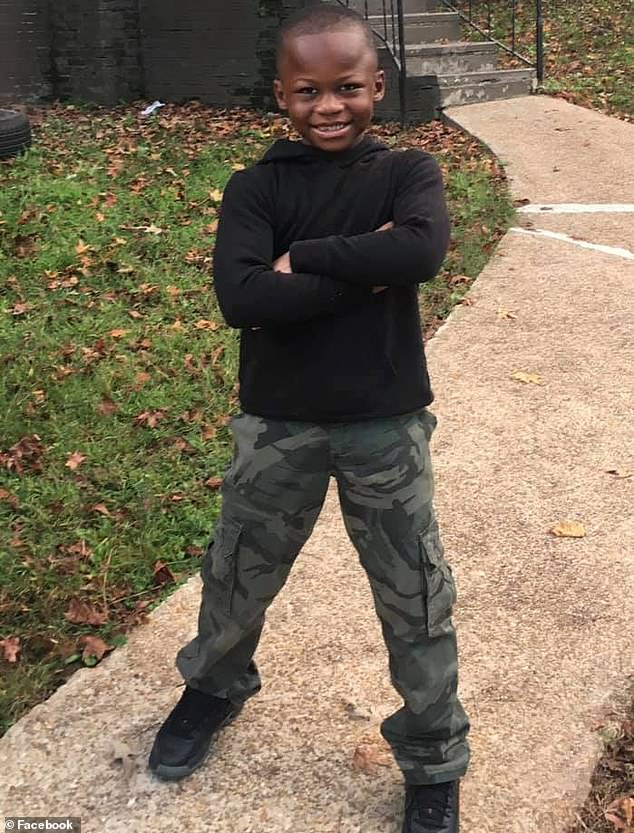 Choyce Brown, pictured, was the talk of the internet over the weekend as many football fans praised his epic touchdown, calling on their favorite professional or collegiate teams to pay attention to his talent

Some users online went as far as comparing Brown with Tennessee Titans running back Derrick Henry Jr, who was the NFL Offensive Player of the Year in 2020.

‘Nick Saban about to be at his house,’ another twitter user wrote, referring to seven-time national championships winner and legendary University of Alabama football coach Nick Saban.

Another user praised Brown’s talent, calling him a ‘superstar’.

‘The thing about talent is that you can identify it at a very early age. Like the lines on the palm of one’s hands, it’s always there,’ user @im_alaminn wrote.

‘That’s a super star right there. What a touchdown.’

Meanwhile, the video has divided opinions online with some arguing the clip shows exactly why full contact football with padding should be disallowed until children are in high school.

Others on social media claimed that the child should be forced to play in a higher age group than the one he’s currently involved in due to his athletic frame.

The internet also jokingly expect him to receive a plethora of scholarship offers from a variety of top football programs across the country.

They also anticipate that the NFL announces the No. 1 pick at the NFL Draft not so many years from now.

It comes just one year after another six-year-old tank went viral for a similar highlight clip that showed the abnormally large young man run through anybody in his path.

Aiden Smith, reported to be 156cm and 60kg has been a cheat code ever since he picked up a football.