This is the hilarious moment a groom burst into fits of laughter after he turned to look at his bride on their wedding day – and found his bearded best man standing there instead.

David Hofmann, 32, was expecting to see his wife-to-be Brianne Dennis, 29, in her white gown, but she had traded places with their friend Timmy Horton, 37.

Photographer Anna Morrison captured the moment David creased in hysterical laughter after seeing his bearded pal wearing a veil and squeezed into a dress.

David Hofffman,32, turned around expecting to see his wife-to-be Brianne Dennis,29, for the first time on their wedding day- and instead saw his best friend Timmy Horton

David, an electrician, said: ‘Right in that moment I was anxious. I was trying to calm my nerves because I was about to see my bride for the first time.

‘I was expecting to see Brianne and I turned around to see Timmy in a wedding dress.

‘He was pale and hairy and we love each other very much but not in that way.. I was falling down laughing.’ 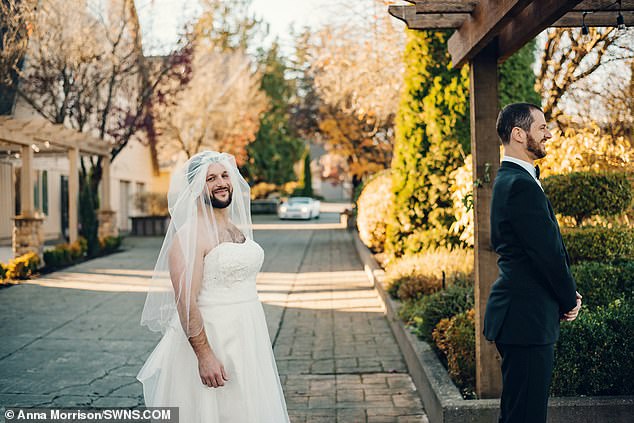 Just before the first look, a tradition where the (real) bride reveals her dress to her partner 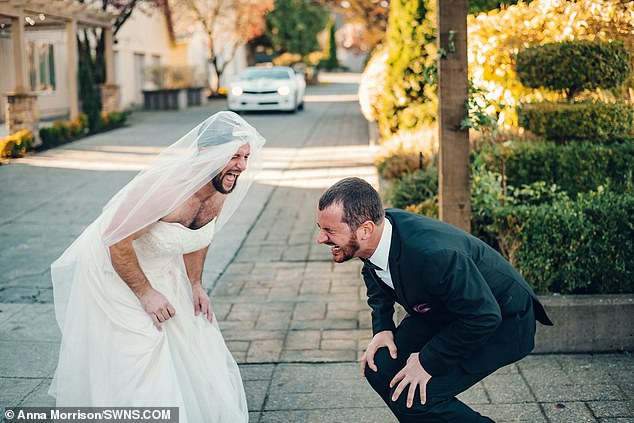 While the bride was reluctant at first, she eventually came around and suggested tricking David during a fake ‘first look’ photoshoot.

The ‘first look’ refers to a wedding tradition where brides may debut their look to their husband-to-be moments before walking down the aisle. 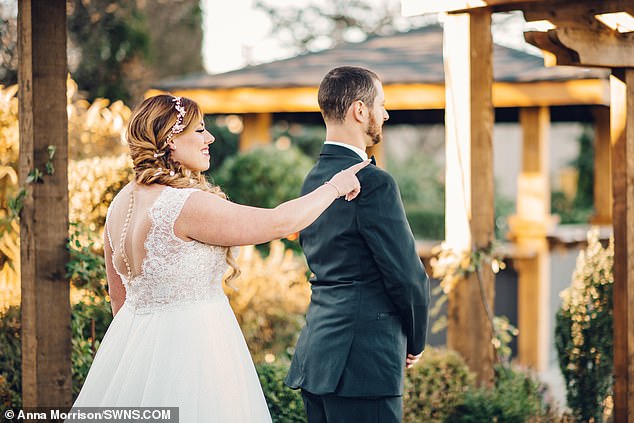 Mother-of-one Brianne, who has a four-year-old son, Wyatt, and lives with David in Marysville, Washington, USA, said: ‘I really wanted a serious ceremony at first.

‘I didn’t want any of their shenanigans on the day, but a few months down the road I changed my mind.’

On the special day, an emotional David waited anxiously while Timmy slipped into a spare wedding dress and donned a delicate chiffon veil. 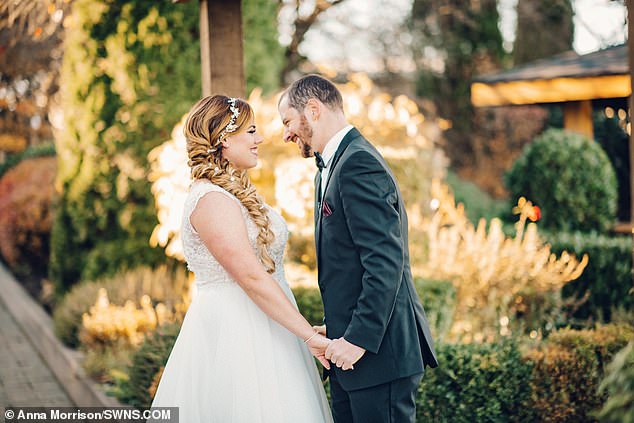 This is the real first look, David said his bride-to-be was ‘beautiful as always’

Then, the dolled up trickster tapped the groom on his shoulder as friends and family watched on, trying to stifle their giggles.

Timmy, of Snohomish, Washington, USA, said: ‘I was really nervous and anxious because it’s my best friend and I love the bride and groom so much.

‘When it happened I just couldn’t restrain myself and I burst out laughing. I think it really broke the ice and the tension.’

Moments after the prank, David got to see his real bride for the first time and was overcome with emotion. 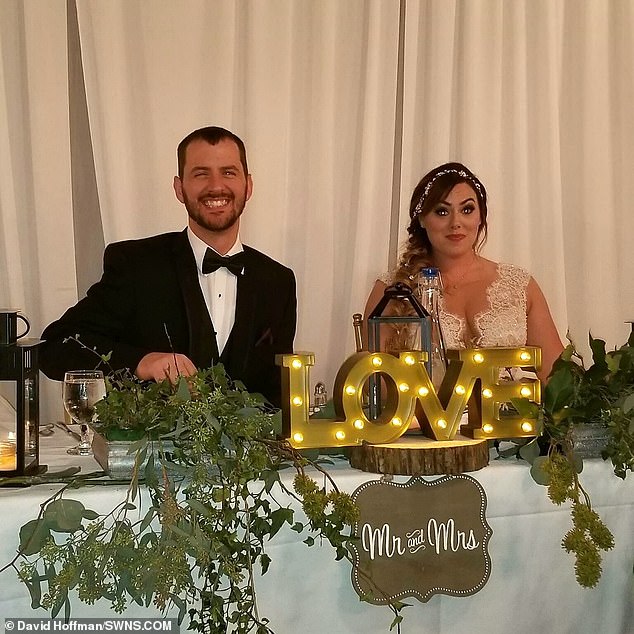 David and Brianne went on to tie the knot in a ceremony in Snohomish, Washington

He said: ‘It was very funny and then I got to do the real first look. Brianne has always been beautiful so I didn’t expect anything less.

‘There had been so much building up to that moment that when I first saw her, all of a sudden I just felt complete. I’ll remember the day and that moment forever.’

David and Brianne went on to tie the knot in a ceremony surrounded by loved ones at Lord Hill Farms in Snohomish, Washington, USA, on November 17.

Brianne said: ‘When I look at the photos I’m really happy. I’m so glad we did it. It was hilarious.’

Photographer Anna, a close friend of the couple, added: ‘We made a forever memory and laughed so hard everyone was crying.’