Best Selling Books to Read That Will Reframe How You Think 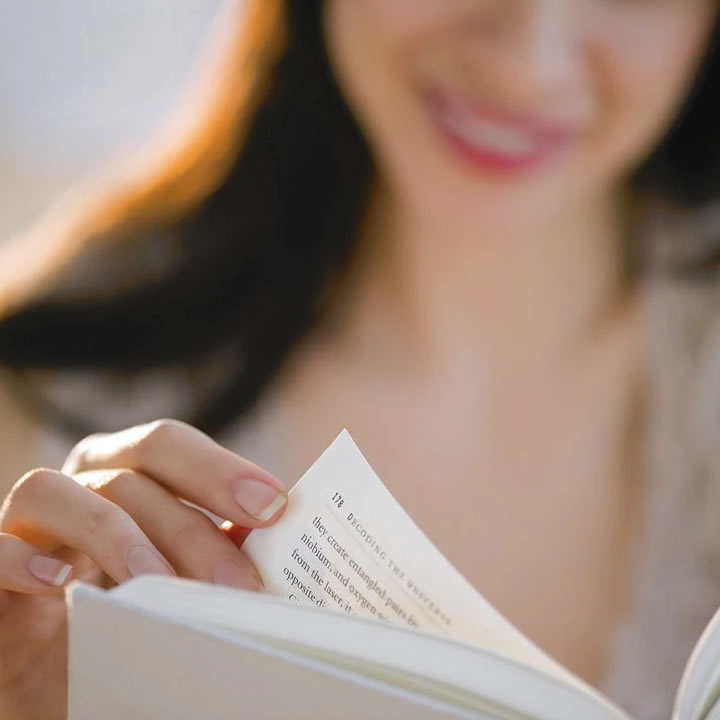 If you’ve been trying to improve your life in an effective way, you may be looking for some reading to do on this subject. However, there are many self-help books that, while they’re helpful to some people with certain experiences, may not be as useful for you.

Additionally, you may be trying to focus on upgrading a particular part of your life and wanting to focus on readings that cover the specifics of what you need.

Finding books that might be helpful for you, regardless of how you’re trying to reframe your thinking, is always a bit more difficult than we’d like it to be.

After all, how many times have you read a self-help book and then, once you’ve finished, realized you’ve spent your time making progress in an area you didn’t want to prioritize?

If this is you, we may have a few suggestions, as well as some opinions from industry experts you might value as well.

The 7 Habits of Highly Effective People by Stephen R. Covey

Many people have heard of the book called The 7 Habits of Highly Effective People, and many have decided to read the book as well. What does this kind of book give you, and what are people actually able to take away from it?

“I have people skills now that I wouldn’t have had otherwise,” says Umer Usman, the Head of Growth of AvantStay. “Covey knows how to make and maintain meaningful connections, and I don’t think I would be the person I am today without 7 Habits.”

This is inspiring for many people who might not believe learning about connection and social skills are very accessible. But what else can you learn from Stephen R. Covey’s work?

Apparently, you can also learn how to make effective points and come across as confident or professional. According to Lindsay Hischebett, the Head of People and Partners of Flaus, The 7 Habits of Highly Effective People is “all about communicating well with others.

How to be professional, how to say no, and how to get your main point across. This book is about connecting with others in a way that’s effective.” It sounds like this book is fantastic for building relationships in and out of the workplace.

Many people have also said good things about Carol S. Dweck’s Mindset, as she’s especially well known for accurately and effectively describing the differences between the so-called “fixed mindset” and “growth mindset.”

“Carol Dweck’s Mindset is all about how you’re always able to change, even in your old age and when you think you’re finished learning,” starts Alex Carroll, the Founder of Caliber Games.

“I’ve learned that if you believe you can grow and improve, then you probably will.” While you may not be able to change your parents’ opinions at the dinner table, you still have the ability to change your own opinion about yourself.

Bill Gates has also commented on Dweck’s work. “If you have the fixed mindset and believe you were blessed with raw talent, you tend to spend a lot of time trying to validate your “gift” rather than cultivating it,” explains Gates.

“To protect your self-identity as someone who’s super smart or gifted, you often steer clear of tough challenges that might jeopardize that identity.” So if you’re holding onto your present identity with an iron fist, you might want to consider loosening your grip and finding out what else is out there waiting for you.

The Life-Changing Magic of Tidying Up by Marie Kondo

Some organization fanatics and aficionados have likely heard about Marie Kondo in a conversation or two, but it might surprise you that you can also read The Life-Changing Magic of Tidying Up and apply its principles to the rest of your life.

“In particular, Kondo’s book gave me the clarity to understand it’s less important to have everything,” starts Ari Evans, the CEO of Maestro. “It’s so much more necessary to see all of the options you actually have, rather than paralyzing yourself by giving yourself too many options and stunting yourself with indecision.”

You’ve also likely heard about a friend’s success with cleaning and their realization that many of their items actually didn’t bring them any joy. This idea of items bringing us joy was popularized by Kondo, and it may help many of us more than we might initially realize.

According to the Chief Financial Officer of Christina, Vincent R. Chan, “This book has really taught me the importance of only holding onto things that bring you joy.

I used to hold onto so many material items out of obligation or out of fear that I would need them someday, but that holds you back so much more than you might initially realize.”

It sounds like, in addition to getting rid of those presents you never really cared for, it might also be a good idea to cut out other things that don’t bring you joy. This might include toxic people, unhealthy habits, or anything else that holds you down.

While it’s not the most well-known work on this list, Thinking Fast and Slow by Daniel Kahneman may also deserve your attention for a number of reasons. This is because Kahneman goes into the psychology of thinking processes, teaching his readers about the importance of their actions even as they relate to their personal feelings.

From the looks of it, Kahneman’s work applies to more than just our personal relationships. “As a business person,” begins the Co-Founder + CEO of Baotris, John Cheng, “Thinking Fast and Slow taught me about emotion-based decision making.

Sometimes your emotions are valuable and your feelings deserve to be heard, but with a lot of economic and business-related decisions, that’s really not the case.”

If you’re making a really significant decision that might change the livelihoods of several people, it might be worth taking a deep breath and really considering the consequences of our actions. Additionally, you can try to use your emotions to guide yourself into making healthier actions, in both personal and professional settings.

“Sometimes, emotions can really mess us up,” states Brittany Dolin, the Co-Founder of Pocketbook Agency. “They can mess up relationships, entire careers, and anything in between.

But Kahneman has really shown me that there are a lot of choices I can make, even in the moment of a big eruption of emotion, that might make the situation better before it gets worse.” It seems like, especially if you’re looking to improve the well-being of some relationships you really value, you might do well to listen to Kahneman.

Mark Manson’s book, The Subtle Art of Not Giving a F*ck, has also recently sprung into popularity, but it isn’t necessarily telling anyone to stop caring. In fact, Manson seems more interested in telling his readers that it’s more important to limit the things you care about, saving you huge amounts of time and energy.

Some of us might have cared a lot about stability, for instance, but we need to get acquainted with the fact that things change. Lina Miranda, Chris Gadek, the VP of Marketing, Head of Growth of AdQuick, says, “Manson’s The Subtle Art has taught me one big thing in particular: Never believe anything with complete certainty.

Things change, very few things or ideas stay the same forever, and you can’t let your ‘certainties’ hold you back in life.”

Additionally, it’s important to give your energy more exclusively to the things that you believe truly matter.

“I used to be obsessed with leaving behind some great legacy, something to be remembered by,” explains Loic Claveau, Maxim Kan, the CMO, Head of Marketing of Prom.

If you’ve been trying to let go of things you can’t control, Mark Manson’s book might be meant for you. So take a bit of time to consider the things you value, and see if you can make those values your new priorities.

You Are A Badass by Jen Sincero

Something fun for younger and sassier readers is Jen Sincero’s You Are A Badass. Sincero breaks down how to change your thinking in a bit of a snarky tone, giving her readers a laugh as they learn.

“Stress used to stop me cold,” explains Alan Ahdoot, the Founder / Partner of Adamson Ahdoot. “After reading Sincero’s book, now I know how to set goals without freaking out about how I’ll reach the end goal.

Instead of being frozen over by indecision and consumed with making perfect choices, I have a model for how to prioritize projects and find success.”

Or, if you’d like to hear it from the author herself, Jen Sincero also gives a great takeaway for her novel. She explains, “You are responsible for what you say and do. You are not responsible for whether or not people freak out about it.”

If you’re looking to change your thinking, many of these books are great places to start.

Naturally, your enjoyment and growth are going to vary based on where you are in your life, your ability to get invested in the author’s voice, and what it is you might want to change. Regardless of where you are, I wish you luck in getting where you want to go.