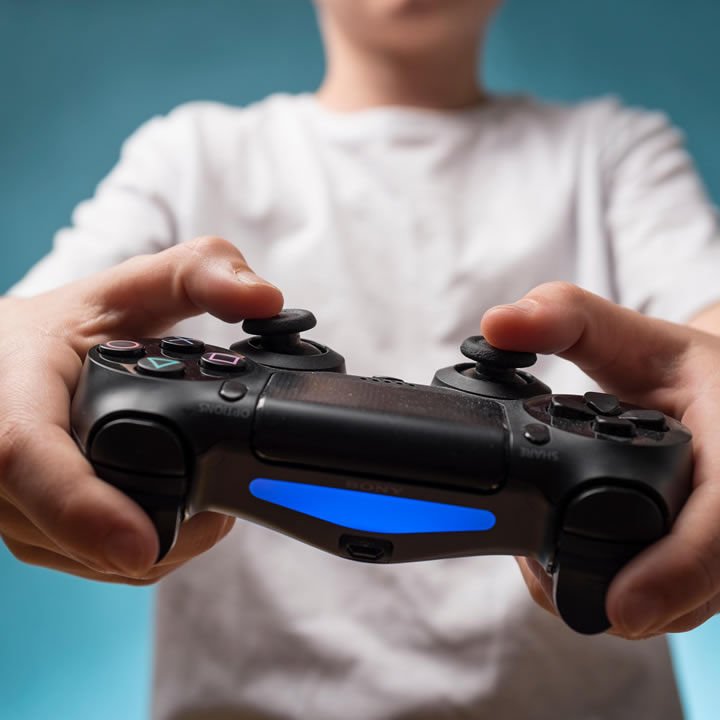 If you are a gamer who loves sports, it is fair to say that you are totally spoilt for choice when it comes to sports-themed video games. In many cases, the most popular games are the latest iterations of annually updated series, which sell millions of copies when they are released each year.

Let’s take a closer look at the sports-themed video games you simply cannot afford to ignore.

For many people, the FIFA series is the daddy of all sports-themed video games, and its global sales undoubtedly back this point up. FIFA has sold around 330 million units since it was first launched in 1993, making it the biggest-selling video game franchise of all time.

The recent announcement that EA Sports and FIFA’s partnership will end in 2023 is unlikely to have too much impact on the popularity of the series. Not many games transcend the boundaries between gaming and popular culture, but the FIFA series is unquestionably one of them.

While many sports fans argue that Gran Turismo is the top motor racing game, they would be well advised to rethink their stance.

The Grid series has its roots in the pioneering TOCA Touring Car Championship game developed by Codemasters in the late 1990s.

Race Driver: Grid arguably remains the pick of the bunch, with this hugely popular 2008 release still better than many current racing games.

The fifth installment of the series – Grid Legends – demonstrated that Codemasters have lost none of their ability to make immersive motor racing games.

Whether you are old enough to remember Championship Manager or have just discovered Football Manager, you will know how addictive this series is.

While the days of completing a season in a day are now long gone, Football Manager is the most accurate sports management simulation money can buy.

From negotiating transfers to coaching the team and more, every element of managing a football club is lovingly recreated in this series.

Football Manager 2022 received widespread when it was released, cementing the game’s status as a sports-themed video game legend.

If you are a newbie to motor racing games, you will probably struggle to get to grips with the complexities of the F1 series. In fairness, the game’s difficulty makes it a true reflection of a series that is widely viewed as the pinnacle of motorsports.

F1 2021 gave players the opportunity of forming their own F1 team, bringing into play the off-track complexities of competing at this level.

The upcoming release of F1 2022 is expected to provide players with even more immersive gameplay experiences, helping to keep the series at the forefront of sports-themed video games.

With many gamers preferring arcade-style video games rather than simulations, it is easy to see why Rocket League has become so popular. And with football the most popular sport in the world, it’s no surprise that this is the third football game on our list.

Taking its inspiration from football, Rocket League replaces the 11 players with three rocket-powered cars to put a unique spin on the world’s greatest game.

Psyonix has perfected the gameplay mechanics of the Rocket League, making it hugely accessible for newbies and experienced gamers alike. With a burgeoning eSports scene showcasing the game’s best exponents, Rocket League is another sports-themed title you should check out.

First launched in 1999, NBA 2K is a series of basketball simulation video games that is the pick of the bunch for this particular sport. Playing offline is hugely rewarding as the game features a lengthy career mode that gives you the opportunity to try different challenges.

For example, have you ever wondered how the Chicago Bulls teams from the 1990s stack up against their modern-day counterparts? NBA 2K lets you do just that.

One downside to NBA 2K is the online arena is awash with cheats, so stick to offline play for maximum enjoyment.

Originally released as John Madden Football in June 1988, Madden NFL has subsequently become the definitive American Football game. While the series has sometimes suffered from a lack of viable competition, it still delivers the thrills and spills gridiron fans are looking for.

The improved Franchise mode in Madden NFL 22 was well received, with the feature bringing more detailed team management to the fore. This year’s edition was the last game released before Madden’s death, and his legacy will be celebrated in Madden NFL 23.

Metalhead Software deserves plenty of credit for establishing Super Mega Baseball as one of the most well-developed and consistent video game franchises around.

Super Mega Baseball takes all the best elements of America’s favorite pastime and turns up the dial-in super-sized fashion. While still an arcade game at heart, the latest edition of the game brings in elements of gaming simulation that make it appeal to a wider audience.

New features in Super Mega Baseball 3 include an all-new Franchise Mode and the importation of custom teams from the previous edition.

The Tony Hawk franchise had lost some of its lusters prior to the release of remastered versions of two iconic games from the series. Tony Hawk’s Pro Skater 1 + 2 is a welcome return to form for the skateboarding series and highlights just how good the original versions were.

With 19 tracks, top professional skaters, a stunning graphical overhaul, and more, Tony Hawk’s Pro Skater 1 + 2 will keep you occupied for hours on end.

The bundle was the fastest-selling game in the Tony Hawks franchise, selling one million copies within the first two weeks.