Saturday’s Champions League final between Liverpool and Real Madrid in Kiev is a meeting of two sides with rich European histories.

Liverpool have won the famous competition on five occasions – more than any other English club – while Real are the tournament’s most successful ever team. The Spanish side are the current holders and have lifted the trophy 12 times, including in each of the past two seasons.

Here, Sportsmail’s Dominic King and Pete Jenson select their best XIs for Liverpool and Real Madrid respectively out of the players that helped their clubs to win the European Cup.

The command seems straightforward: think of Liverpool’s five European Cup wins and put the composite XI together. The reality of putting an all-time great team together, though, is anything but easy.

Every time this correspondent had come close to finalising the selection, another name popped up and meant the need to begin again. And the more you start thinking about who should be included, the more you begin to make arguments for the names you have left out.

So here goes: there are some big calls to be made and one that will certainly split opinion. For starters, how can Phil Neal – who scored in two finals from right back and is Liverpool’s most decorated player – not find a place in this team?

Here’s how. Sportsmail’s greatest Liverpool team in Europe would play a 3-4-2-1 formation. It might be unconventional but it finds a home for the men whose fingerprints are all over this famous trophy, not just in finals but at key points in those successful campaigns.

Who makes the substitutes bench is an argument that can be kept for another day… in the meantime you are welcome to join the debate.

Bruce Grobbelaar is synonymous with 1984 and Jerzy Dudek was integral to 2005 but selecting Clemence was easy. The greatest goalkeeper in Liverpool’s history was there in Rome, Wembley and Paris and a model of consistency. He gets the gloves.

Certain images stay in your mind and the sight of Carragher cramped up and wincing in the final stages in Istanbul, desperately trying to clear his lines, will remain forever. The fifth European Cup would not have been won without his interventions. 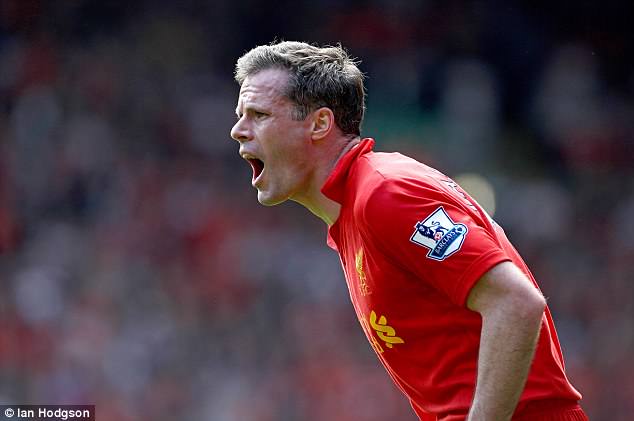 Another local hero, the captain in Paris in 1981. He was elegant on the ball, ruthless in the tackle. He forged a partnership with the final pick in this defence that led to a transformation in Liverpool’s style. 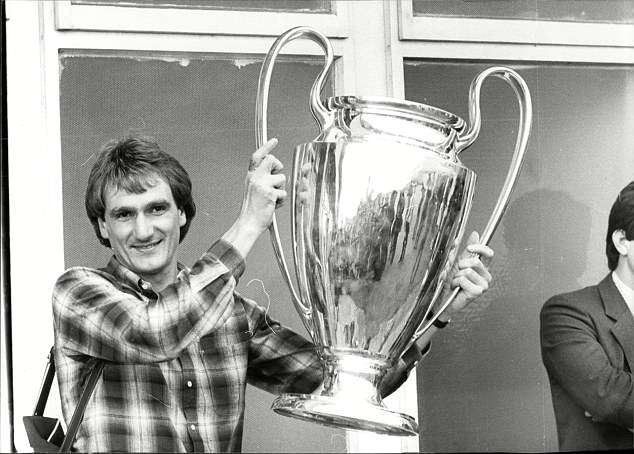 It seems lunacy not to include Alan Hansen and no disrespect is intended but Hughes simply has to be in this team. His beaming smile is synonymous with Rome in 1977 and Wembley in 1978. He was a leader and a majestic defender. 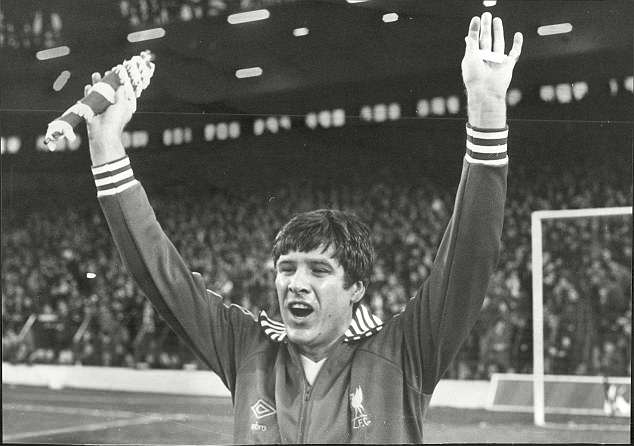 Another Liverpool icon, Emlyn Hughes was involved in the successes in 1977 and 1978

Strong and dynamic, hard but blessed with flair, McDermott’s goal in Rome 41 years ago against Borussia Moenchengladbach was the catalyst for the club’s greatest night. Another three-time winner, he must be included. 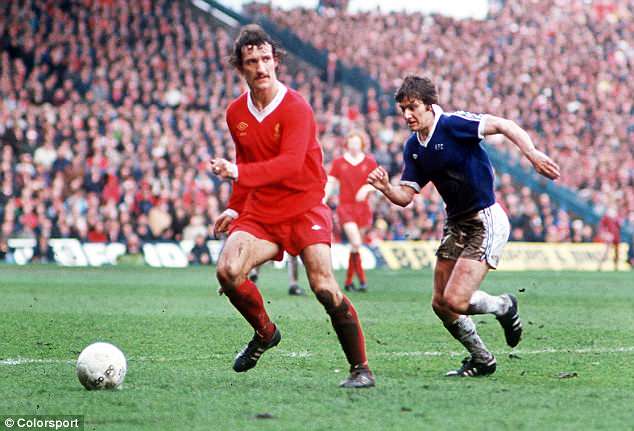 The man whose goal completed the miracle comeback in Istanbul, Alonso was a glorious player, someone who could have played in any of the great teams that went before.

His display in the second leg of the quarter-final against Juventus, when returning after three months out with a broken ankle, was key to Liverpool’s progress. 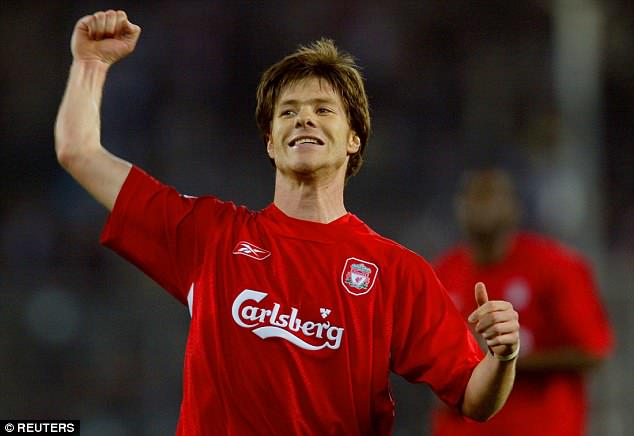 After Clemence, his was the easiest pick. Set the winner up in 1978 – he always says the inch-perfect pass to Kenny Dalglish was a ‘mis-control’ – but his crowning moment for Liverpool was in 1984 when he laid the foundations for success in Rome.

The penalty he scored in the shootout – drilled into the top right corner – needs to be seen to be believed. 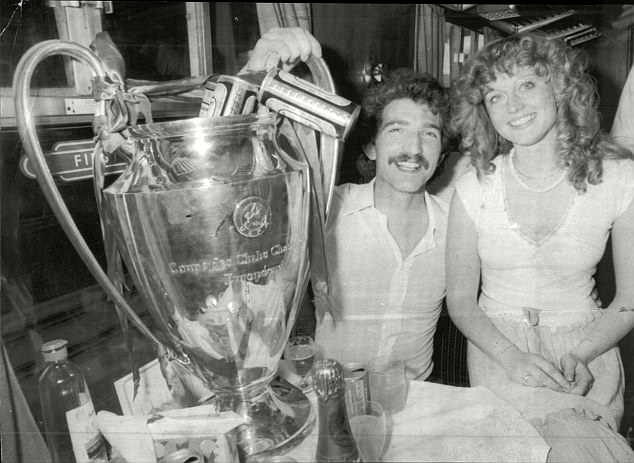 He was described by Bob Paisley in his autobiography as one of Liverpool’s most under-rated players but he shouldn’t be.

In today’s market, he would have been worth in excess of £80million. Here was a man for the big occasion.

He had unflappable temperament and magnificent ability. He popped up with critical goals at key points in those first three European Cup campaigns. 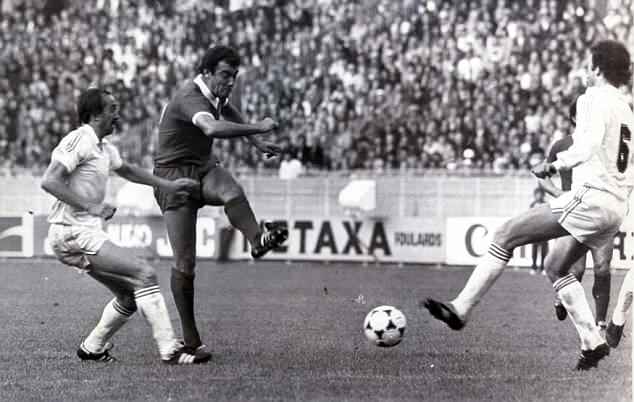 Paolo Maldini once told Sportsmail that if he could go back in time, he would shout at Jaap Stam in the 54th minute of the 2005 Champions League final and tell him to pick up Liverpool’s captain.

He didn’t, Gerrard scored and a fairytale started to come true. His performances at times on the road to Istanbul were not so much inspired but a personal crusade. 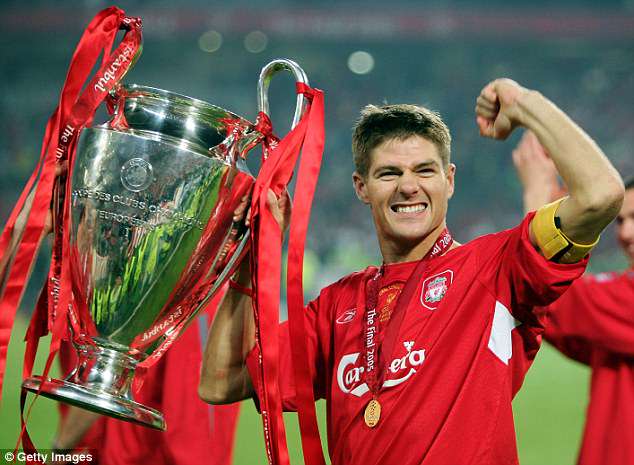 There isn’t much original that can be said about the club’s greatest player but the idea of him and Gerrard and being supplied ammunition by Alonso and Souness is one that even now would have supporters drooling.

You cannot think about Liverpool in the European Cup without seeing Dalglish scoring his winning goal against Bruges in 1978 and hurdling Wembley’s advertising hoardings in delight. 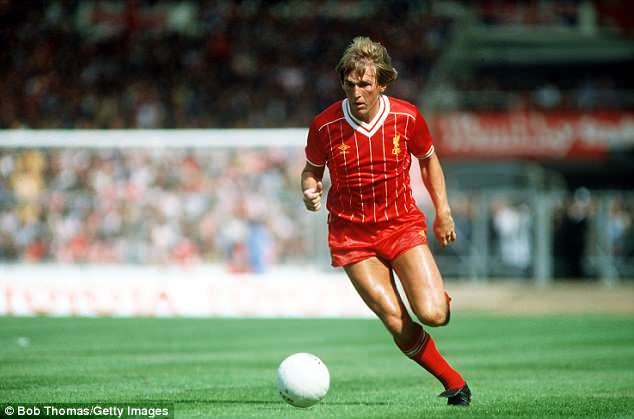 Five of his record 346-goal haul came during the successful 1983-84 campaign, including vital strikes against Athletic Bilbao and Benfica, before a double in the second leg of the semi-final away against Dinamo Bucharest.

Converted a penalty in the shootout for good measure against Roma, too. Mohamed Salah might be the current darling of Anfield but Rush sets the standards by which all Liverpool forwards are judged. Nobody else could lead this team’s line. 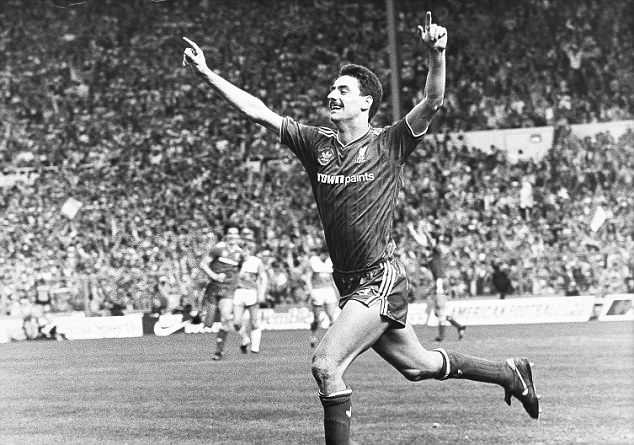 With the greatest respect to Joe Fagan and Rafa Benitez, nobody else could have led this group.

There are gates at Anfield in his honour, with three European Cups proudly on display.

He is the only man to achieve this feat as a manager with one club. It is remarkable to think that his services to football were never recognised with a knighthood. 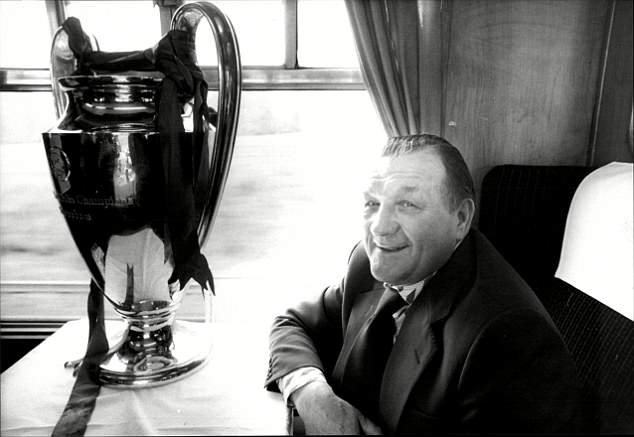 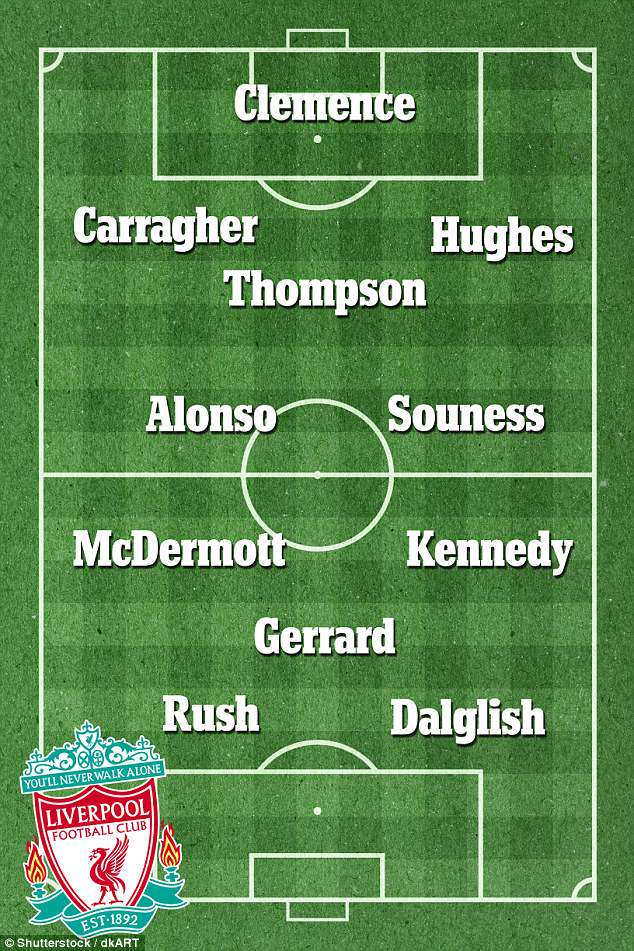 First of all, I can’t believe Dominic’s going with a back-three against the all-time Real Madrid European Cup XI. And as for leaving out Phil Neal, Madrid will try to punish him there with Marcelo and Paco Gento both steaming down the left.

The major absentees from this team come from that incredible period when they wouldn’t let anyone else win the tournament from 1956 to 1960. Marquitos, Juan Alonso, Hector Rial, Raymond Kopa, and the most criminally overlooked of all Ferenc Puskas. How can you put the ‘Galloping Major’ on the bench after he scores four goals in the Hampden Park final in 1960.

The line-up is more or less 4-3-3 although you wouldn’t really insult these players with a strict formation. Di Stefano and Ronaldo can swap centre-forward duties. And Zidane can tuck right in on the left side of the three in midfield allowing Marcelo to play more or less alongside him.

It’s a team full of skill but it’s tough too. Ramos, Hierro, Zidane and Modric won’t shrink away from anything.

Juan Alonso was in the team that won Real Madrid the first five European Cups but it has to be Iker. He was only 19 when he won it in 2000 and then he came off the bench to win it again as a 21-year-old in 2002 with a brilliant last 20 minutes. 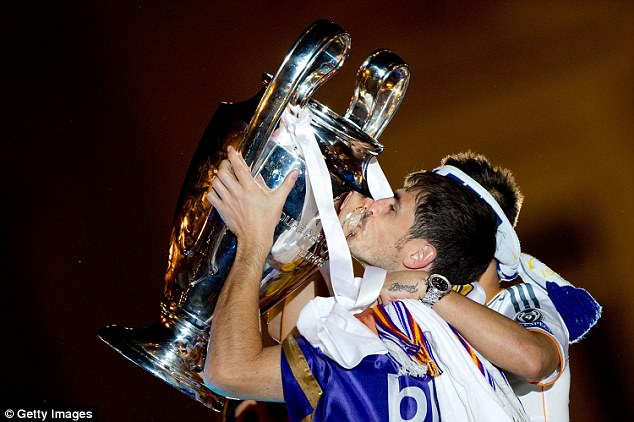 Marquitos was on the right of a back three in the 50s and scored to make it 3-3 in the first ever final that Madrid won 4-3 in Paris in 1956. But Carvajal, who played 120 monumental minutes when Madrid won their 10th European Cup, gets the nod. 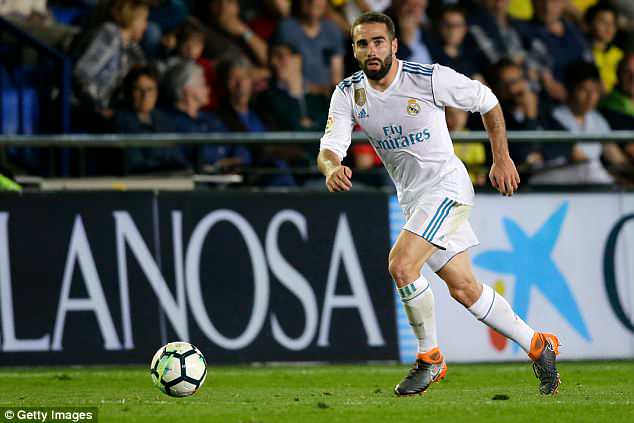 Without his goal in the 94th minute Real Madrid would never have won in Lisbon in 2014. No defender has dominated the competition the way he has in both boxes. 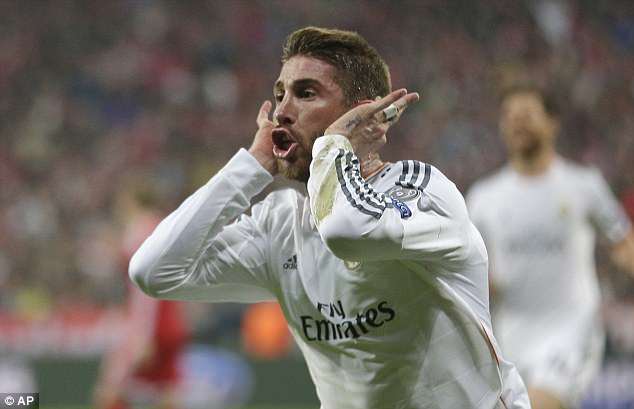 Hierro by name, Hierro by nature – ‘Hierro’ meaning ‘iron’ in Spanish. Tough but good enough on the ball to have played half of his career in midfield. 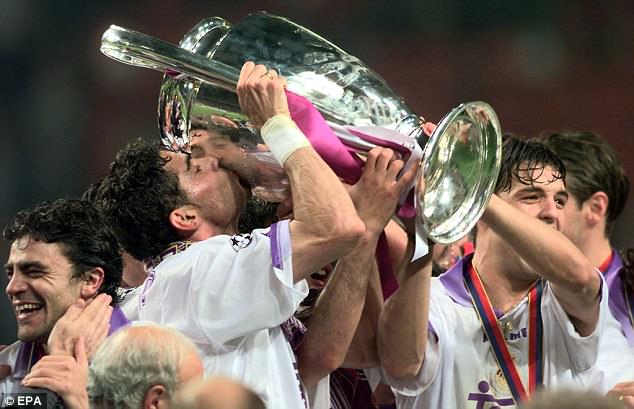 A resilient figure at the heart of the Real defence, Hierro won three Champions Leagues

Maybe the greatest left back in history. And the only thing wrong with that bold declaration is the word ‘back’. Always on the front foot, scored the third that really put paid to Atletico Madrid in 2014. 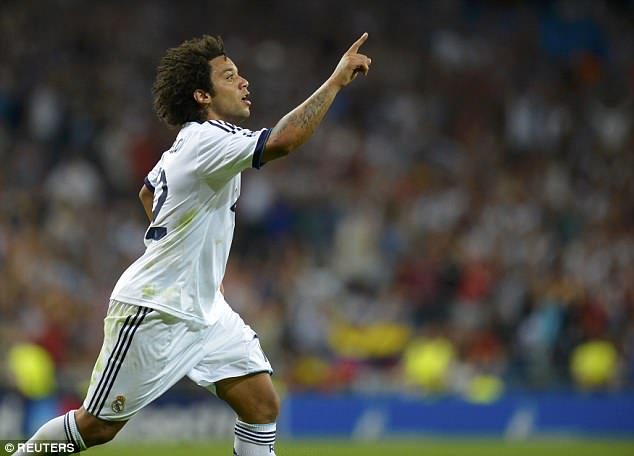 It’s between Modric and Toni Kroos but Luka was there in 2014, 2016 and 2017 for Madrid. He will get up and down the right side of the pitch for Real Madrid with the same amount of energy in the last 10 minutes as the first. 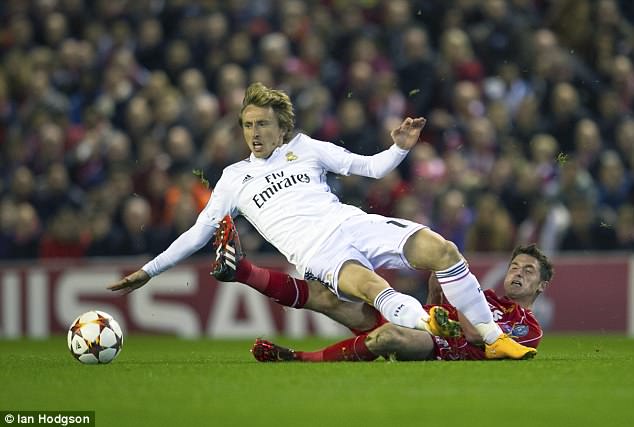 Gets in the team for his backheeled flick past Henning Berg in 2000 alone. That piece of skill at Old Trafford set up Raul to score in a quarter-final victory over United. Cultured defensive midfielder who played in the final that season winning his second European Cup for the club. 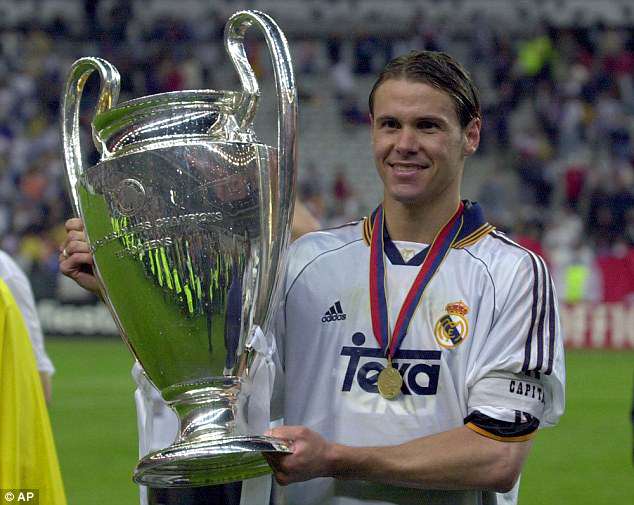 Scorer of arguably the greatest Champions League final goal ever from not the greatest pass from Roberto Carlos. It drops behind him but Rudolf Nureyev meets Hotshot Hamish and whoosh! 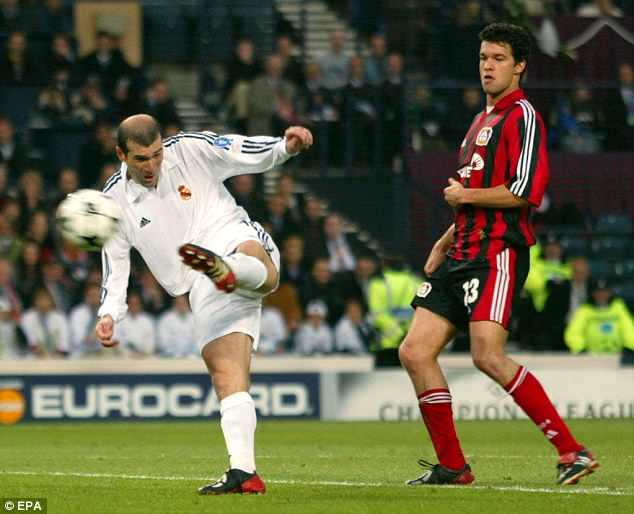 Gento was so unstoppable in Real Madrid’s 7-3 win over Eintracht Frankfurt in the 1960 final he could have gone into the 127,000 record crowd at Hampden and still not lost the ball.

In the spirit of the modern game he could play on his ‘wrong’ side on the right coming on to his left foot. But out of deference to the man with more European Cups than any other player it’s going to be Ronaldo who switches. 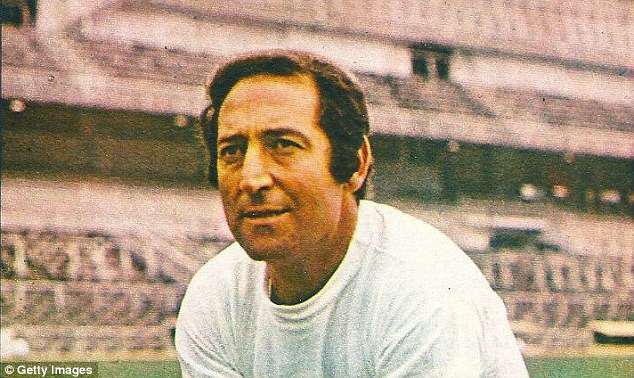 The competition’s all-time top scorer is the first name on the teamsheet. Can start on the right and not on the left where he prefers but there will be plenty of scope to switch with the man who has to be the second name on the team-sheet: Di Stefano. 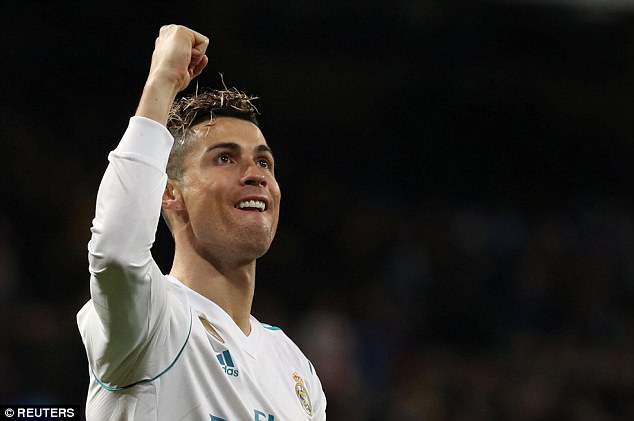 Another who it’s worth watching the 7-3 at Hampden for, especially the seventh Madrid goal. Eintracht have had the audacity to reduce the deficit to 6-2 so Madrid promptly score from the restart with Di Stefano running from the edge of the centre circle to the edge of the penalty area before blasting the ball into Egon Loy’s left-hand corner. 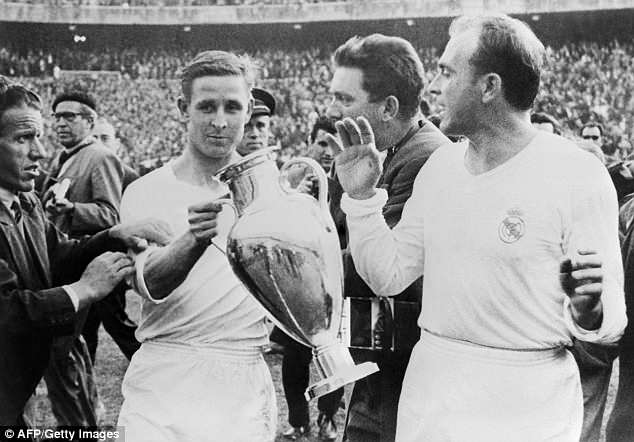 Was the manager in 1960 and then rebuilt the team to win again in 1966. He also won the league nine times.

And he won the European Cup twice as a player before quitting aged 36 when he saw himself in the cinema during a broadcast of one of his games and noticed how out of condition he looked.

He had been Di Stefanos’s team-mate and he managed to make the successful transition to being his boss. Much like Zidane he had been there and done it so the players respected him. 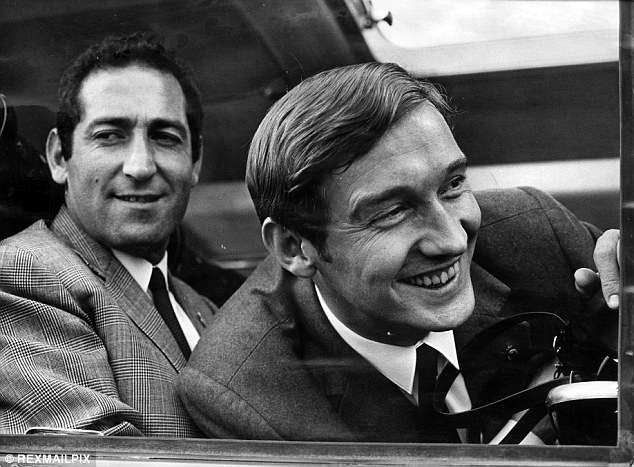 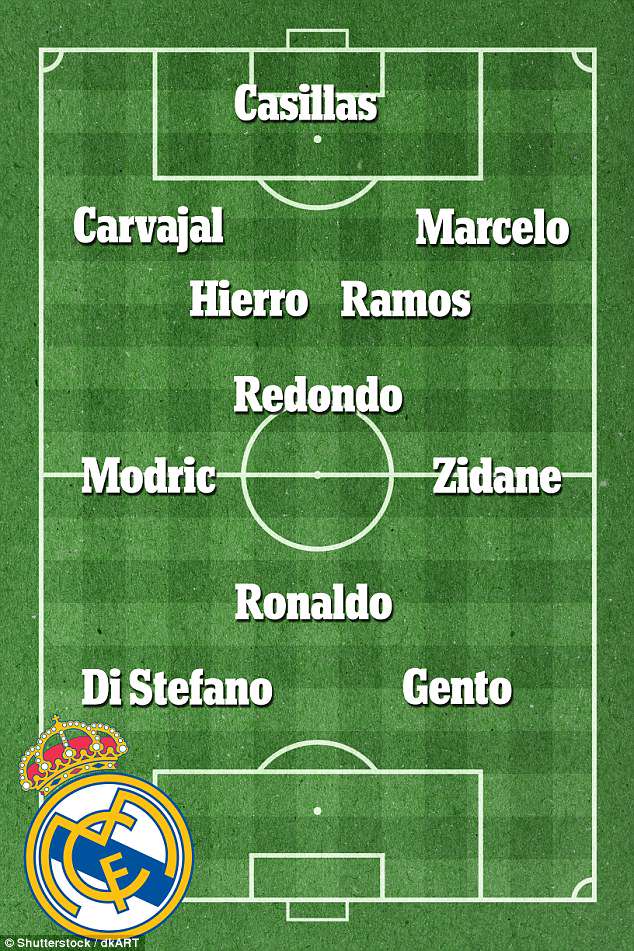