She became a business tycoon with her Skinnygirl cocktails.

And Bethenny Frankel showed off her enviably svelte figure as she posed up a storm for her Instagram this Friday.

The 50-year-old put her sensational swimsuit body on display as she climbed drenched out of a swimming pool in Portofino.

‘When I dip, you dip, we dip’: Bethenny Frankel showed off her enviably svelte figure as she posed up a storm for her Instagram this Friday

She opted for a peekaboo floral one-piece that allowed her to flaunt her slender frame as she stood for the camera by the pool.

The former Real Housewife Of New York City warded off the rays with a pair of purple sunglasses that complemented her swimsuit.

Celebrities have been flocking to the Mediterranean this summer as various European countries reopen to American tourism. 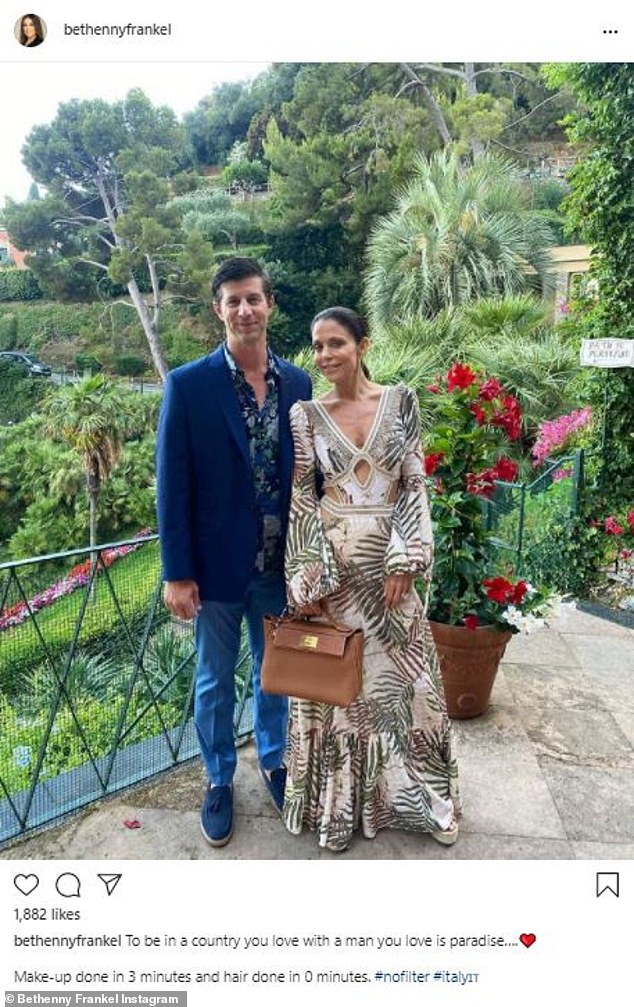 By her side: Meanwhile Bethenny has been holidaying with her smoldering fiance Paul Bernon whom she posed up with for Instagram from Italy

Among them are the longtime movie star couple Kurt Russell and Goldie Hawn who have been spotted in the Saint-Tropez.

Steven Spielberg has also been glimpsed emerging from the iconic Hotel Du Cap-Eden-Roc in Cannes amid that city’s film festival.

Meanwhile Bethenny has been holidaying with her smoldering fiance Paul Bernon whom she posed up with for Instagram from Italy.

‘To be in a country you love with a man you love is paradise….,’ she wrote adding: ‘Make-up done in 3 minutes and hair done in 0 minutes.’ 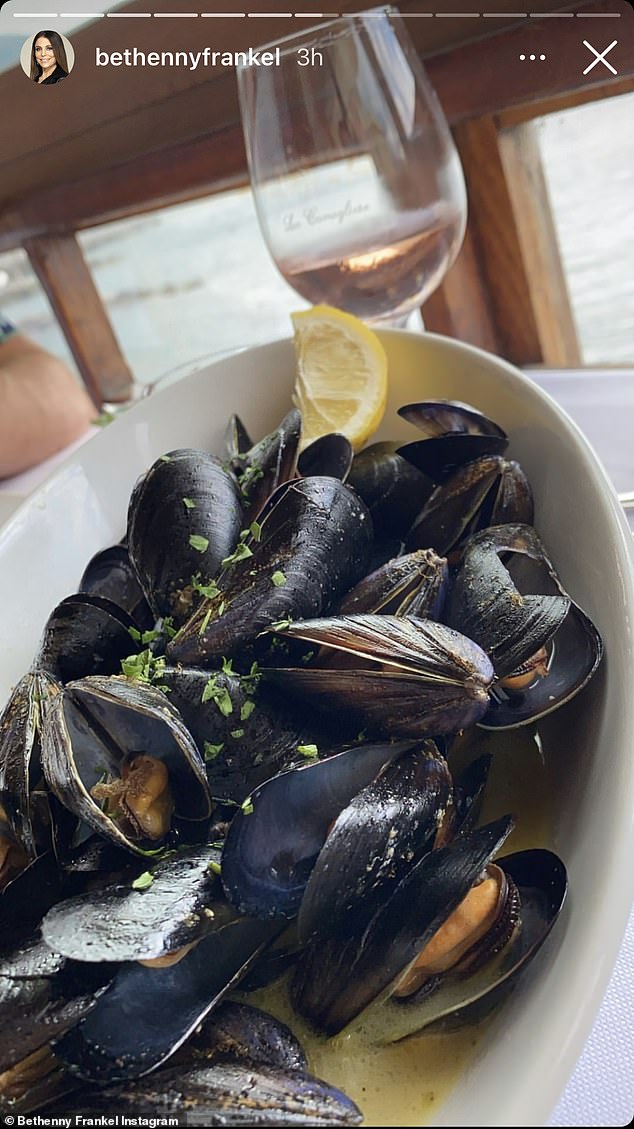 Sumptuous: Bethenny has been keeping her Instagram followers abreast of the luxuries she has enjoyed on holiday including oysters and wine

News of her engagement began circulating in late March when she was spotted on a Florida beach wearing a massive ring on her left hand.

She began dating Paul, who is a real estate developer, in 2018 but only managed to finalize her divorce from Jason Hoppy this year.

Paul and Bethenny had an on-off romance and late last year while they were broken up she discussed the matter on The Ellen DeGeneres Show. 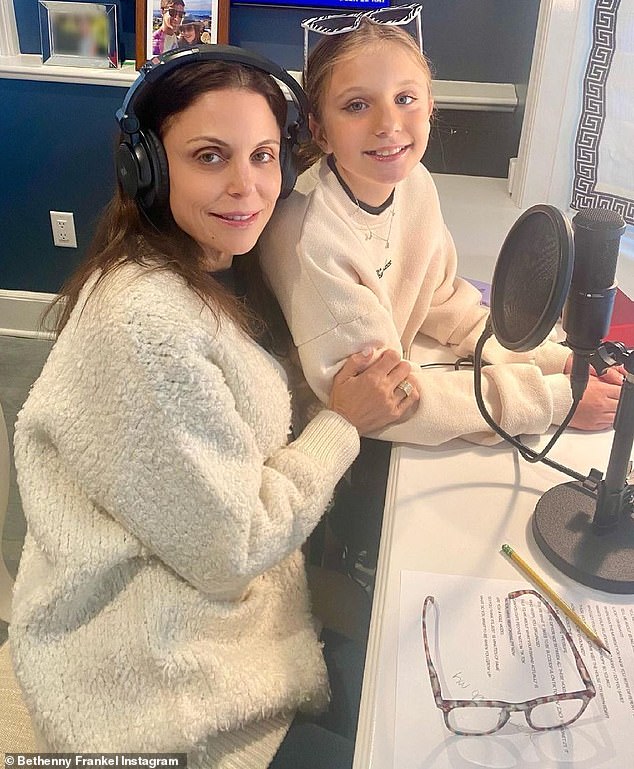 Family matters: Bethenny shares her 11-year-old daughter Bryn with her ex-husband Jason Hoppy with whom she finalized her divorce this year

‘Not everything has to end badly, some things just don’t continue and it’s not negative. It’s just life,’ she clarified on the program.

However Bethenny confirmed this February that she and Paul had rekindled their romance and posted a selfie with him for Valentine’s Day.

Bethenny and her second husband Jason Hoppy broke up at the end of 2012 but underwent a bitter divorce including a custody battle over their daughter Bryn, 11.