Bethenny Frankel’s late boyfriend’s cause of death will never be confirmed because his family has objected to an autopsy for religious reasons, it has been revealed.

Dennis Shields, 51, died on August 10 from a suspected opioid overdose. Sources told Dailymail.com at the time that he was taking oxycontin, a powerful pain killer, for residual back pain from a 2015 surgery.

Shields, who had been married for more than 20 years before he and Frankel started dating in 2016, was Jewish.

On Wednesday, the medical examiner confirmed that his family had objected to an autopsy and since no foul play is suspected in his death, they have no reason to argue with their wishes.

Bethenny Frankel is pictured with Dennis Shields in June 2016. Shields, 51, died on August 10 for a suspected opioid overdose

‘An OCME autopsy was not performed in this case due to a religious objection, upheld by law in such instances where no criminality is suspected,’ Chief Medical Examiner Barbara Simpson told Radar Online.

Frankel was left reeling by his sudden death.

She was pictured weeping as she emerged from the funeral home after the service earlier this month and has been keeping a low profile ever since. 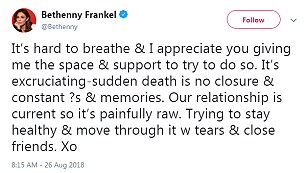 Earlier this week, she was photographed for the first time out on a boat with her young daughter in the Hamptons.

The few remarks she has made since Shields’ death include her recent Twitter post which read: ‘It’s hard to breathe & I appreciate you giving me the space & support to try to do so.

‘Our relationship is current so it’s painfully raw.

Frankel and Shields dated on and off sine 2016.

They had been friends for decades beforehand. He briefly appeared in the Bravo reality show which she stars in, The Real Housewives of New York City. 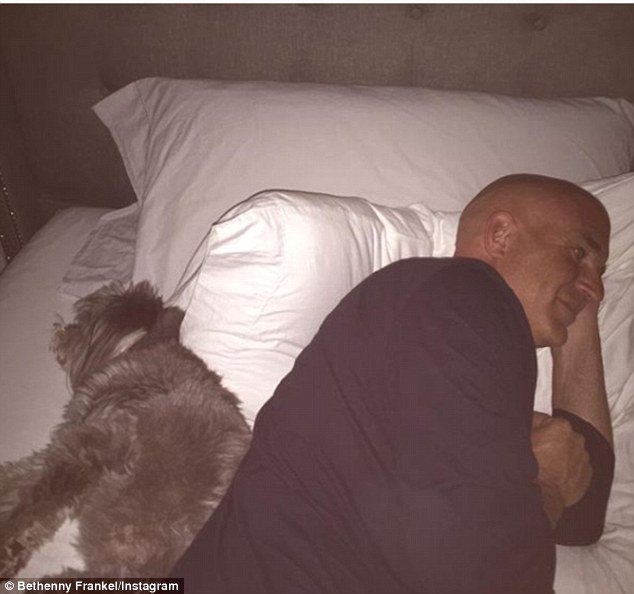