Former Rep. Beto O’Rourke fielded a question about a proposed top income rate of 70 per cent at the Democratic debate – then managed to avoid answering it in two languages.

O’Rourke fielded his first question of the debate on MSNBC when asked about the top income tax rate – a notion that Rep. Alexandria Ocasio-Cortez floated for millionaires in an interview soon after she came to Congress, setting off a debate about taxation.

‘This economy has got to work for everyone. And right now we know that it isn’t. And it’s going to take all of us coming together to make sure that it does,’ O’Rourke said, reverting to his campaign boilerplate language.

Then he switched to Spanish.

However, he made a few slip ups, at first having to correct himself to conjugate ‘votante,’ then mixing up word order a few times. 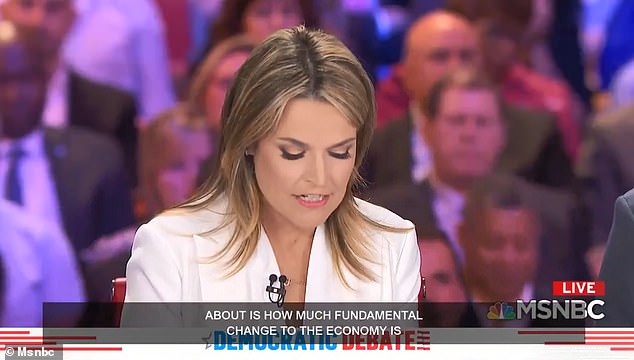 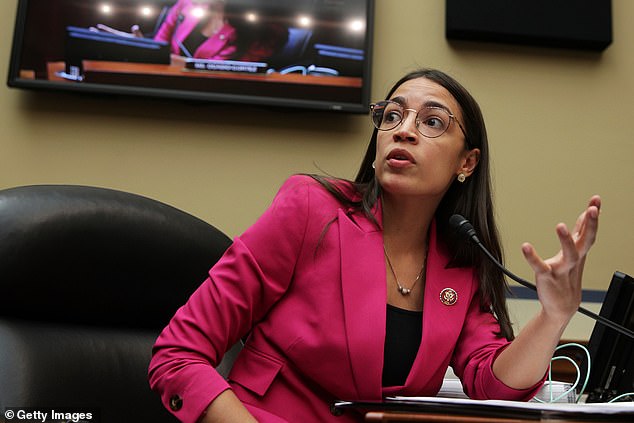 Rep. Alexandria Ocasio-Cortez (D-NY) said she could back a 70 per cent rate on income of more than $1 million 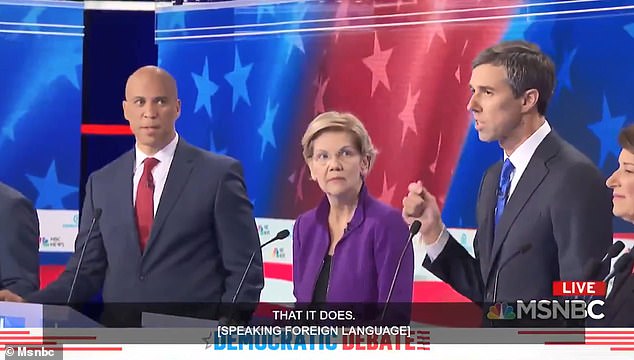 ‘Right now we have a system that favors those who can pay for access and outcomes. That’s how you can explain an economy that is rigged to corporations and to the very wealthiest,’ O’Rourke continued, then switched to voting rights.

Host Savannah Guthrie wasn’t satisfied with his answer. ‘That’s time sir. I’ll give you 10 seconds if you want to answer the direct question … yes no or pass,’ she said.

O’Rourke responded with more specifics, but not an answer on the top marginal rate.

‘I would support a tax rate and a tax code that is fair to everyone,’ he said. ‘Tax capital at the same rate that you tax ordinary income. Take that corporate tax rate up to 28 per cent,’ he said, mentioning the corporate but not the individual rate.

Later Sen. Cory Booker also spoke in Spanish on the subject of immigration.

He called for ending ICE and Border Patrol policies he said were violating human rights.  ‘When people come to this country they do not leave their human rights at the border,’ Booker said.