Democratic 2020 candidates are making themselves visible as the second night of the first primary debates looms.

Candidates have filtered through the migrant detention facility for minors in Homestead, Florida this week, making it a popular campaign stop for several of the contenders – especially those that have made immigration a big part of their candidacy.

Before noon on Thursday, Bernie Sanders, Beto O’Rourke and New York City Mayor Bill de Blasio all visited the area where demonstrators are set up across the street from the center.

O’Rourke, who announced Sunday he would go to the Homestead Temporary Shelter for Unaccompanied Children on the morning after he participated in the debate, was upstaged by five other candidates who made last minute stops there before the former Texas representative.

Like many of the candidates before him, O’Rourke stood on a ladder across the street from the center so he could see some of the children moving between buildings. He yelled, ‘we love you,’ and other encouraging notions in Spanish to the teens. 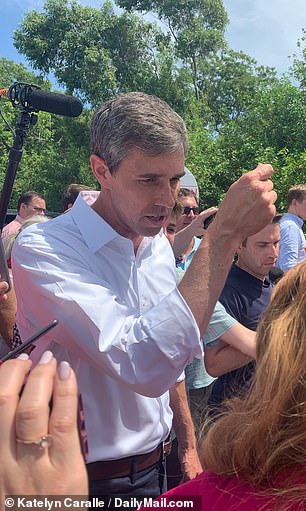 Bernie Sanders (left) and Beto O’Rourke (right) visited the Homestead migration detention facility on Thursday morning. They were the fifth and sixth candidates to make the stop 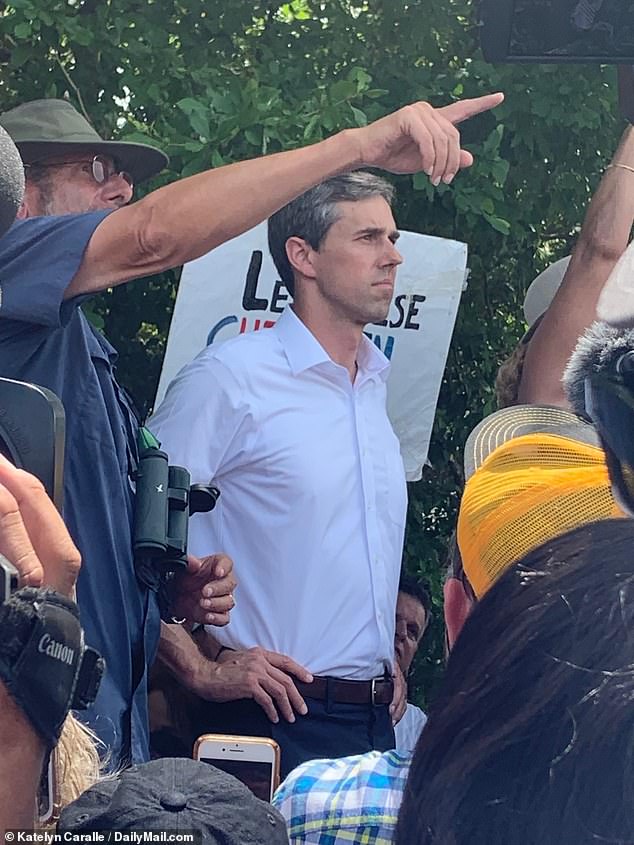 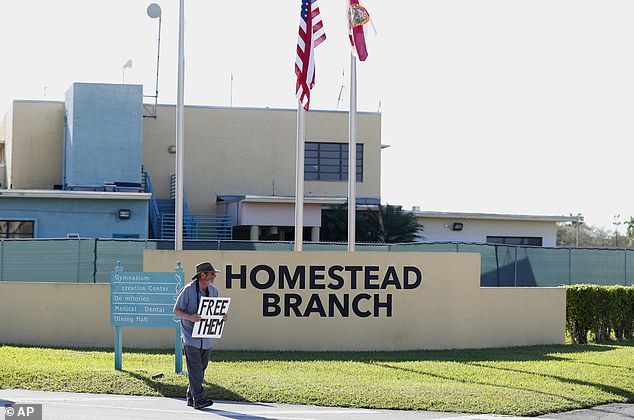 The facility has become a popular stop for candidates in Florida for the debates. O’Rourke was among the first to announce he would go to the site, and many others followed suit

The border-city resident performed poorly on the first night of debates compared the nine other Democrat counterparts that joined him on stage.

Social media users slammed O’Rourke for making every answer into a story, messing up his Spanish, giving nonanswers and dodging questions – in both English and Spanish.

Many candidates plan to add Homestead to their schedule while in Florida for the debates, including Tulsi Gabbard later in the day Thursday, and candidates Pete Buttigieg, Kamala Harris and Kirsten Gillibrand plan to go on Friday.

Sanders appeared at the site about an hour before O’Rourke, spoke briefly with some demonstrators and media, then went inside the gate of the facility.

None of the candidates were granted the ability to tour the actual facility where the teenagers are being held.

Jane Sanders, the senator’s wife, visited Homestead with her husband and also stopped there on Tuesday after Senator Elizabeth Warren departed.

She said her husband’s first executive order and president would be to put an end to migrant detention facilities.

Some candidates who currently serve in the House or Senate would be able to get in and get a behind the scenes look at the center if they put in a request two weeks in advance.

O’Rourke said this is not good enough, and that lawmakers should be able to get into such facilities like the one in Homestead with no notice at all.

He said that his plan, if he were to become president, would ‘make sure that any federal funding tied to these facilities is conditioned on transparency.’ 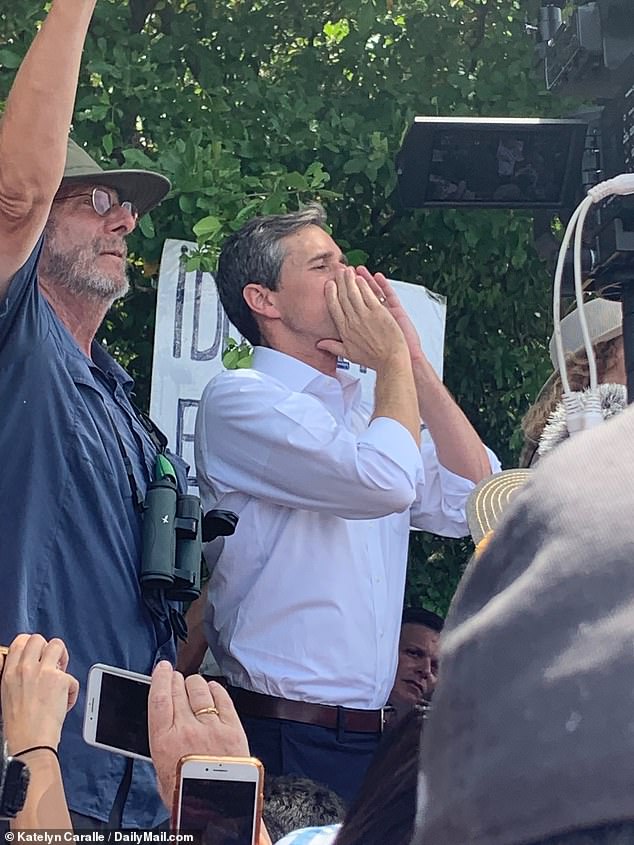 Like many of the other candidates, O’Rourke stood across the street from the center and yelled encouraging words – in both English and Spanish – to the migrant children being escorted between buildings 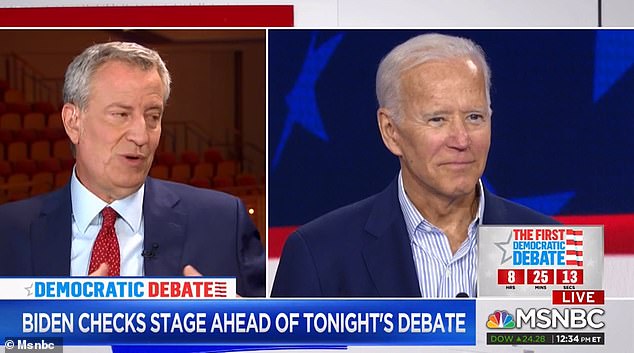 ‘That you don’t have to give the operators – the for profit operators – two days notice, or a week notice,’ Beto told reporters and demonstrators gathered at Homestead. ‘You, as a member of Congress, can show up unannounced to ensure that there’s true accountability and transparency for how these shelters are run.’

Former Vice President Biden also emerged ahead of the debates, checking out the stage hours before he’s set to take it with nine other candidates.

It was expected that Biden would become the bulls-eye in the first night of the debate, which was largely seen as the night for secondary candidates, but he was not brought up once.

Pressure is on the former vice president – who is prone to making gaffes – to see if he shines or stumbles.

Biden has not said whether he will jump on the train to visit Homestead like his colleagues have done.

The former VP to Obama is the front-runner among the 25 candidates running in the primary so far, and he will share the spotlight with Bernie Sanders, who’s in second place in the poll, and eight other contenders vying for the Democratic nomination.

Harris and Buttigieg will also participate in the second night of the debates, hosted by NBC News. The network randomly selected which candidates would appear on which night of the two-night event.