Education Secretary Betsy DeVos is considering new guidelines that could dramatically change the way allegations of sexual violence are investigated on college campuses.

DeVos says the system put in place under President Barack Obama is skewed against the accused. She’s expected to issue new rules in the near future.

At stake is whether schools should require higher standards of evidence when handling complaints and whether both parties should have access to that evidence.

Also under review is the use of mediators and the possibility of the accuser and the accused cross-examining each other.

DeVos’ new guidelines are expected to address whether schools should have to investigate as soon as they are aware of alleged misconduct or only after a student files a formal complaint.

The Department of Education declined to comment Friday about DeVos’ plans for revising the sexual assault rules.

But when issuing temporary guidance last year, DeVos said she was looking for a more balanced approach.

Many victims of sexual violence never take that step. Dr Ford did not and only acted decades later when she learned that Kavanaugh was on a short list for the Supreme Court. 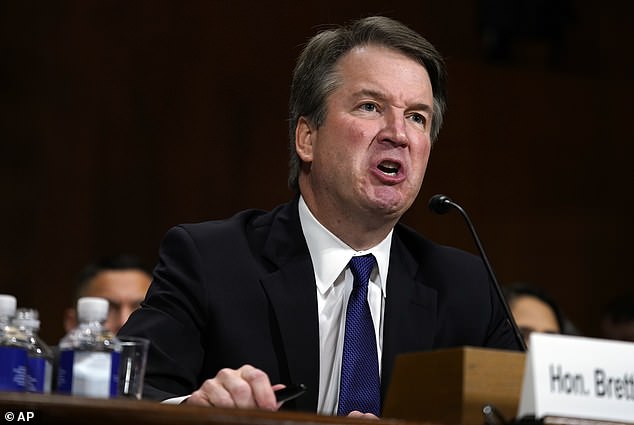 Advocates point to the Larry Nassar sexual assault scandal at Michigan State University and say that victims are shocked and unwilling to relive their traumatic experience. They say it should be the school’s responsibility to investigate.

‘It is the debate that we are having about how to handle these allegations on high school and college campuses,’ said Mike Petrilli, president of the conservative Thomas B. Fordham Institute.

Brett Sokolow, a lawyer who heads an association of sexual harassment investigators on campuses, said his colleagues closely watched the hearing and may use it for future trainings.

‘If this was a student, would I believe them, would I not?’ Sokolow said. ‘Who comes out being credible?’

Ford, a California psychology professor, has accused Kavanaugh of pinning her to a bed while he was intoxicated, trying to remove her clothes and placing a hand over her mouth as she tried to yell for help. Ford says the incident took place more than 35 years ago when they both were in high school.

Kavanaugh adamantly denies the accusations and says he has never sexually attacked any one. He accuses Democratic senators of seeking to derail his nomination at all costs. 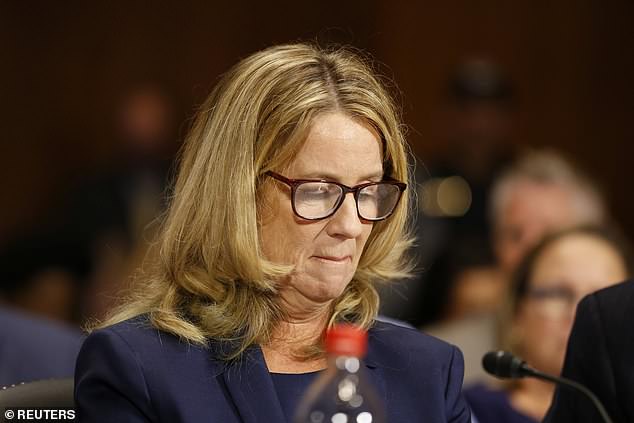 Sejal Singh with the advocacy group Know Your IX, which refers to a federal anti-discrimination law, said the Senate testimony should compel DeVos to boost protections for the victims of sexual harassment, not the perpetrators.

‘Betsy DeVos should consider how to interrupt sexual violence when the people who commit it are in school and before they are nominated to the Supreme court,’ Singh said.

But Petrilli predicted that DeVos will now see more reason to roll back the Obama guidance and bolster the rights of the accused.

Right now, a student may choose whether to report an assault to police or to have it investigated by a university under Title IX.

Some students choose not to report attacks in part because police and the courts require higher standards of evidence, while others also may feel more comfortable dealing with university investigators than with police following a trauma.

Petrilli said the Senate hearing demonstrated that universities, like Congress, are ill equipped to handle such cases.

‘If people were faulted, that should be handled by the justice system rather than asking universities to create some shadow system themselves,’ he said.