It was undoubtedly a night for Cristiano Ronaldo to truly shine, but there was still time for the Juventus manager to produce a touch of his own magic.

Ronaldo hit a hat-trick to spark a remarkable comeback from Juventus as they beat Atletico Madrid 3-0 to progress to the quarter-finals of the Champions League.

But while the frenzied atmosphere in the stadium seemed to permeate through to the players, manager Massimiliano Allegri was calmness personified on the touchline. 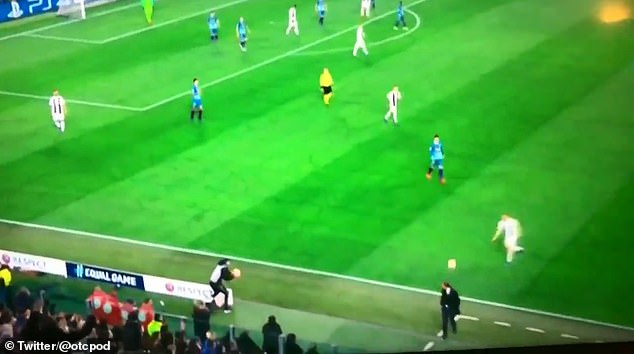 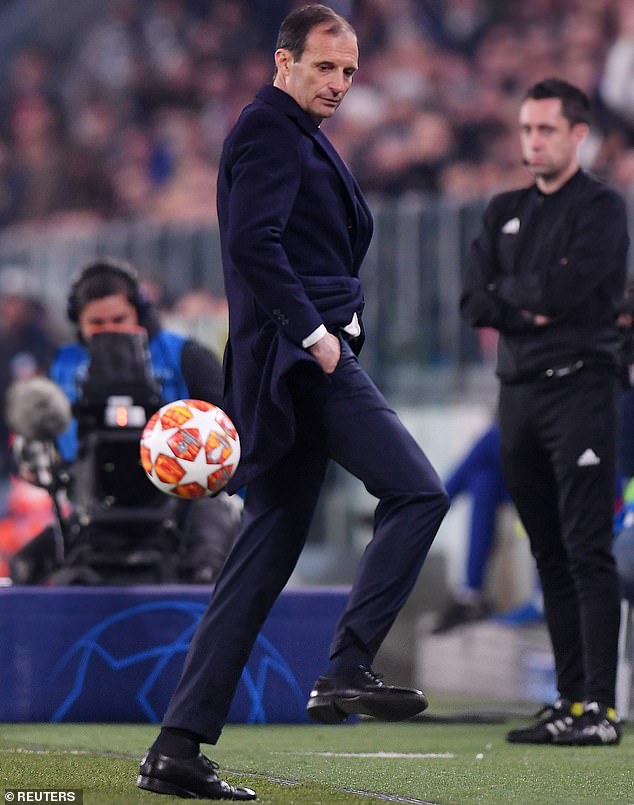 The ball was hoofed clear by an Atletico defender during a sustained period of pressure in which their goal was being attacked by a rampant Juventus forward line.

It sailed over the touchline and defender Giorgio Chiellini rushed over to take a quick throw-in to ensure no time was lost as the hosts looked to secure an improbable victory.

Allegri, as cool as ever with his hands still firmly placed in his pockets, met the ball on the half-volley and nonchalantly back-heeled it to the onrushing Chiellini.

Eagle-eyed viewers spotted the touch of skill from Allegri and moved quickly to express their praise for the manager.

One user wrote ‘Better than (Romelu) Lukaku first touch tbh’, while another wrote: ‘Allegri with the best touch of the night. Unreal from the manager.’

And it was the perfect night all-round for Allegri after his talisman spearheaded the attack to drag Juve through to the quarter-finals and keep their Champions League hopes alive and kicking.