A Beverly Hills surgeon and his girlfriend who built their fortune off of vulnerable addicts in recovery pleaded guilty to a million-dollar medical insurance scheme on Friday.

The pair tagged teamed to scam insurance companies of about $676 million for unnecessary medical procedures and drug tests of patients they recruited to their offices until they were arrested in 2020. At the time of their arrest, they received about $50 million from the insurance providers.

Rosen on August 12 pleaded guilty to filing fraudulent medical insurance claims with a white collar crime enhancement and faces 10 years behind bars, according to The OC Register. The surgeon was released from sever other dismissed charges.

Meanwhile, Vismanos pleaded guilty to medical insurance fraud and had multiple other charges dismissed. She is subjected to house arrest.

‘This is the largest prison sentence for a provider in a California workers’ compensation insurance fraud,’ Orange County District Attorney said in a statement. ‘Dr. Rosen used vulnerable sober living patients who were desperately trying to battle their demons as an ATM machine to make a buck. He didn’t care about his patients; he only cared about making as much money as possible’ 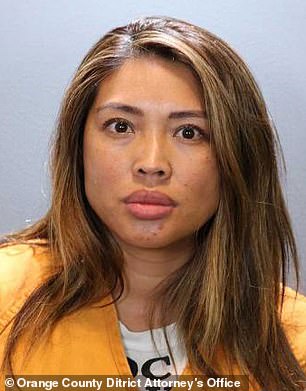 Dr. Randy Rosen and his girlfriend Liza Vismanos, pleaded guilty of stealing millions for insurance companies. Both were arrested and charged in May 2020 with paying vulnerable patients from Southern California sober living homes to take part in medically unnecessary implant surgeries and to take cortisone shots as part of an elaborate fraud scam 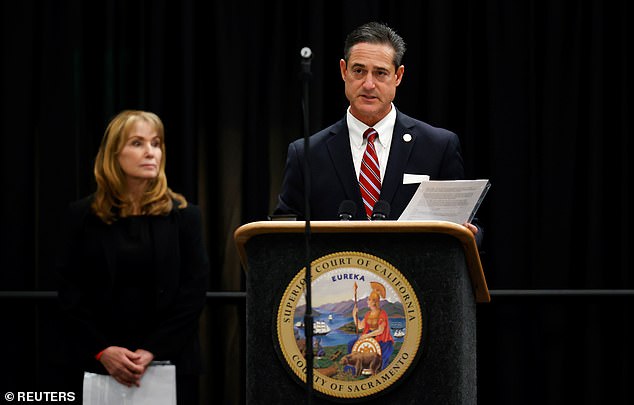 The duo worked to sell Naltrexone implants and cortisone shots to their patients to prevent them from relapsing to drugs and alcohol. The patients would be tied in by being offered an incentive or a portion of the insurance payout to undergo the various procedures.

Prosecutors claim the couple targeted sober living homes because it’s a ‘huge market’ in Southern California, according to court documents. Owners of these homes and doctors can make millions off their patients since state-wide insurance companies are required to pay for medical expenses, including the costs of sober living homes.

‘A doctor can easily take advantage of the vulnerability of drug addicts by ignoring the fact that the patient requires comprehensive treatment (mental and physical) in order to get better,’ court documents read.

‘Oftentimes, doctors will work hand in hand with owners of sober living homes, other drug addicts, and what will be referred to as “body brokers” to increase their profit.

Surgery logs from Rosen’s practice show that he performed nearly 72 procedures per day with the quickest one finishing in one minute. The cost of the procedure is about $4,000 and can safely be done in about 15 minutes, according to prosecutors. 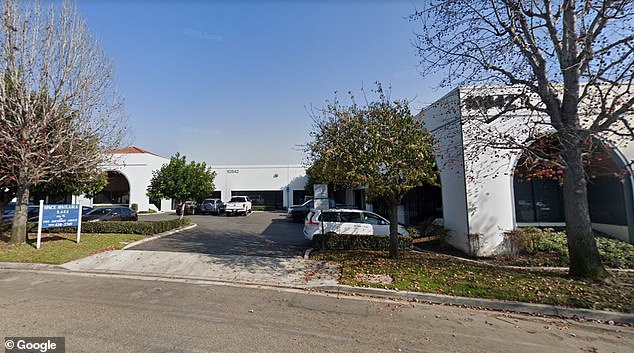 As well as surgeries, Rosen also allegedly paid the patients to undergo unnecessary drug tests which were sent to Lotus Labs medical laboratory in Los Alamitos (pictured), owned by Vismanos

The surgeon, dubbed the ‘real life Frankenstein’ by District Attorney Spitzer, was remodeling a $3.2 million mansion in the hills of Brentwood, Los Angeles when they were arrested and booked at the Orange County jail.

The million-dollar mansion featured a lap pool, wine cellar, and spectacular views of downtown Los Angeles, the Santa Monica Mountains, and the Pacific Ocean, according to The OC Register

The couple splurged their fraudulent funds on luxury items, including cars, jewelry, art, handbags, and bars of gold and silver.

Under California law, medical physicians cannot make referrals where they or their immediate family can benefit financially.

The duo ignored state policies and were even suspected of having help with accomplices in the process.

In 2020, other suspects were arrested and believed to have worked with the duo.

The other four suspects – Robert Mellon, 52, Thomas Douglas, 29, Shea Simmons, 28, and Patrick Connolly, 28 – allegedly worked as Rosen’s so-called ‘body brokers’ and were tasked with trafficking and ‘selling’ him the ‘human guinea pigs’.

The scheme potentially led to the deaths of 35 patients – many by overdose, investigators said at the time of Rosen’s arrest.