Beyonce hits back at criticism over her ‘fluctuating’ weight

Beyoncé has discussed receiving criticism over her weight while also touching upon the joys of motherhood.

In one of her most candid interviews to date, the singer, 38, has expressed that after ’15 years of fluctuations’ she feels more ‘womanly and secure’ than ever before, claiming in response to trolls: ‘Giving zero f***s is the most liberating place to be’

Showcasing her style credentials in a kooky photoshoot with ELLE UK – shot by director Melina Matsoukas – the mother-of-three also explained that motherhood has taught her to ‘value herself beyond physical appearance.’

‘Giving zero f***s is liberating’: Beyoncé, 38, has discussed receiving criticism over her weight while also touching upon the joys of motherhood in a new interview with ELLE UK

Beyoncé looked incredible in the photoshoot, which saw her visit the likes of a local hair salon, laundromat and supermarket.

The publication opened up the floor to the hitmaker’s dedicated ‘Beyhive’, in which she was asked about varying personal and professional questions.

The star, who shares daughter Blue Ivy, 7, and two-year-old twins Sir and Rumi with husband Jay Z, was also about the constant comments over her appearance.

A defiant Beyoncé explained: ‘If someone told me 15 years ago that my body would go through so many changes and fluctuations, and that I would feel more womanly and secure with my curves, I would not have believed them.

‘But children and maturity have taught me to value myself beyond my physical appearance and really understand that I am more than enough no matter what stage I’m at in life,’ the former Destiny’s Child star stated. 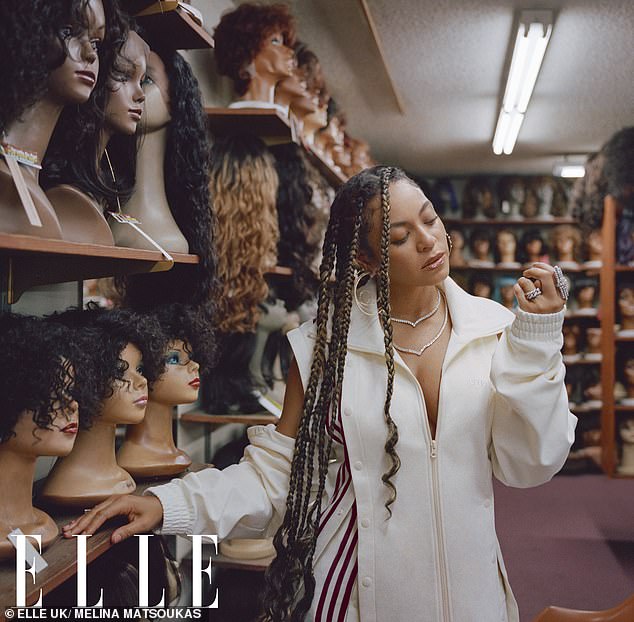 ‘Value myself beyond appearance’: In one of her most candid interviews to date, the singer has expressed that after ’15 years of fluctuations’ she feels more ‘womanly and secure’ 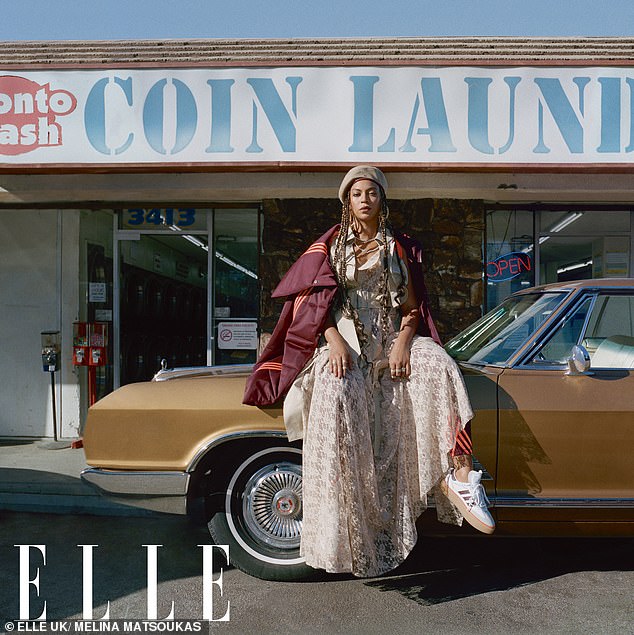 Wow: Shot by Queen & Slim director Melina Matsoukas, the star looked incredible in the photoshoot, which saw her visit the likes of a local hair salon, laundromat and supermarket

Beyoncé passionately continued: ‘Giving zero f***s is the most liberating place to be. Also knowing true beauty is something you cannot see. I wish more people focused on discovering the beauty within themselves rather than critiquing other folks’ grills.’

Touching upon the subject of motherhood again, Beyoncé candidly explained that like any other parent she found it ‘stressful balancing work and life.’

She discussed her plight further: ‘Making sure I am present for my kids – dropping Blue off at school, taking Rumi and Sir to their activities, making time for date nights with my husband, and being home in time to have dinner with my family—all while running a company can be challenging.

‘Juggling all of those roles can be stressful, but I think that’s life for any working mom.’

After fan asked the Crazy In Love hitmaker how she ‘didn’t lose herself after 25 years in the game.’

Calm and collected in her response, Beyoncé revealed: ‘The predictable rock star DNA is a myth. I believe you don’t have to accept dysfunction to be successful. This is not to say that I have not struggled.

‘I have the same pain that life brings to everyone else. I try to shift the stigma that says with fame there has to be drama.’

Concluding her thoughts on the matter, the star noted: ‘It is how you relate to your hardships and use that to evolve. And I try to keep real ones around me.’

Beyonce was also asked whether she experienced disappointment at her documentary Homecoming missing out on winning one of its several Emmy nominations.

She explained: ‘I began to search for deeper meaning when life began to teach me lessons I didn’t know I needed. Success looks different to me now. 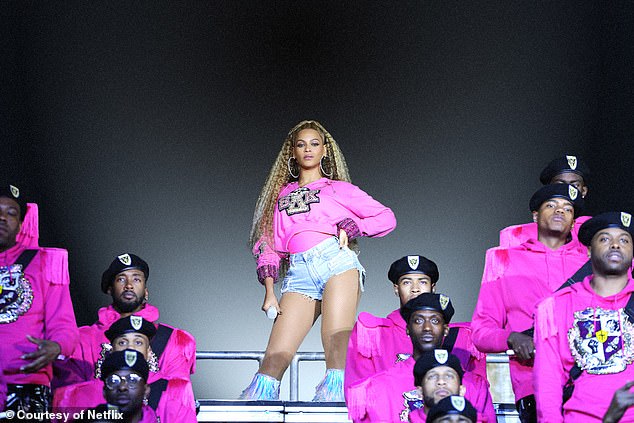 ‘Success looks different to me’: Beyonce was asked whether she experienced disappointment at her documentary Homecoming missing out on winning one of its Emmy nomimations

‘I learned that all pain and loss is in fact a gift. Having miscarriages taught me that I had to mother myself before I could be a mother to someone else. Then I had Blue, and the quest for my purpose became so much deeper.

‘I died and was reborn in my relationship, and the quest for self became even stronger. It’s difficult for me to go backwards. Being “number one” was no longer my priority. My true win is creating art and a legacy that will live far beyond me. That’s fulfilling,’ she explained

In the shoot for ELLE, Beyoncé is seen wearing clothing from her IVY PARK x Adidas collection.

Speaking about the exciting collaboration further, the talented star expressed that the new gender-neutral line ‘incorporated her personal style with a ‘mix of fun and creativity.’

Read Beyoncé’s full interview in the January issue of ELLE UK – on sale from 12 December 2019. 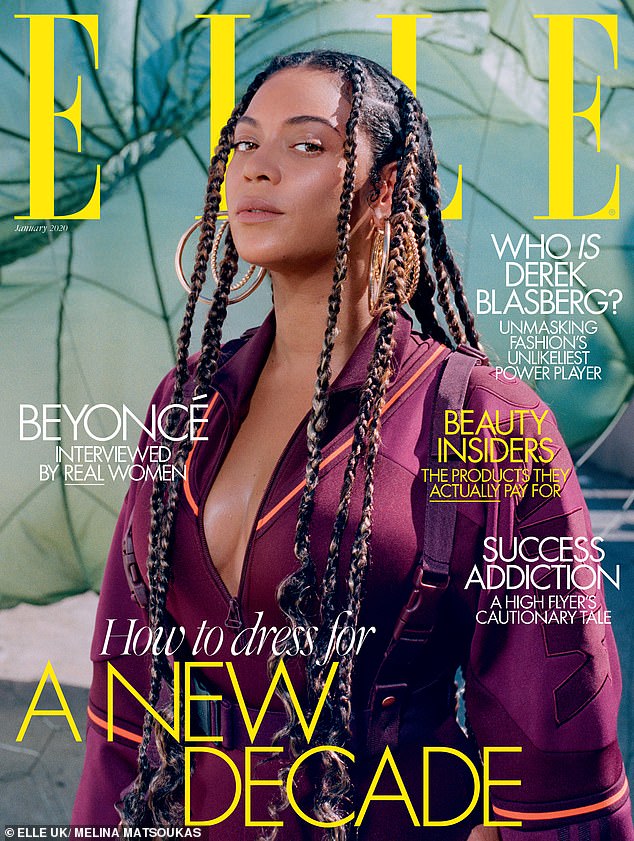